Bacteria samples from four animals at a small animal hospital in the United Kingdom were found to be resistant to linezolid, an antibiotic that is often used as a “last resort” for gram-positive infections in humans, according to a presentation at the European Congress of Clinical Microbiology and Infectious Diseases. Researchers raised concerns that the gene causing the drug resistance, known as optrA, may leap from animals to humans.

“We believe this is the first report of optrA-positive enterococci isolated from companion animals in the U.K.,” study researcher Katie Hopkins, PhD, a clinical scientist at Public Health England, said in a press release. “This is concerning as transmission of this organism to owners carries the potential for spread to other bacteria, including Staphylococcus aureus. This may lead to difficult-to-treat infections. In order to minimize transmission of resistant bacteria between companion animals and people, veterinary surgeries need to ensure adequate cleaning takes place, and pet owners should wash their hands after handling pets.”

The first Enterococcus faecalis isolate was collected from a wound on a cat. Public Health England was alerted through their Antimicrobial Resistance and Healthcare Associated Infections Reference Unit for further investigation. After the isolate was collected, three more tested positive — two cats and one dog, all from different households but treated at the same small animal hospital.

Hopkins and colleagues confirmed that the isolates collected from the four swabs were resistant to both linezolid and gentamicin but susceptible to teicoplanin, vancomycin and daptomycin. 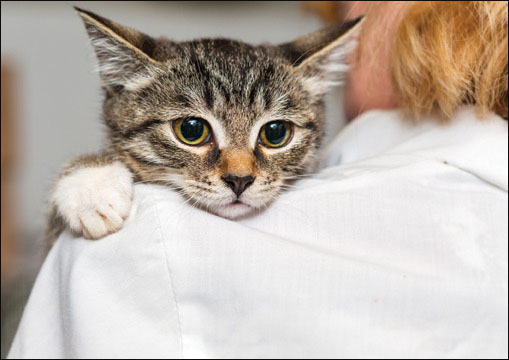 optrA was found in all four isolates, and the researchers found evidence of transmission between animals.

“Our findings further the ‘One-Health’ view that antibiotic-resistant bacteria can be shared by animals and humans, although the direction of transfer is often difficult to prove,” Hopkins said in the release. “We currently do not know the prevalence of linezolid-resistant enterococci in companion animals and therefore a joint approach to monitoring emergence and dissemination of resistance mechanisms of public health importance is needed. In this instance, further transmission was stopped by cleaning and decontamination and we have no evidence that any people acquired an infection from these animals.” – by Katherine Bortz