Many teens and young adults who present to EDs and other health care facilities for poisonings after hookah or waterpipe use have signs and symptoms similar to those seen with carbon monoxide poisoning, according to findings published in the Journal of Adolescent Health. Although many were not tested for carbon monoxide, blood tests revealed levels as high as 35%.

Brian L. Rostron, PhD, a mathematical statistician at the FDA’s Center for Tobacco Products, told Infectious Diseases in Children that a link between hookah exposure and carbon monoxide poisoning has previously been established. However, he said that this study provided comprehensive figures for the number of poisoning events.

Rostron added that of particular concern was that most of these events occurred among adolescents and young adults because these age groups are known to have relatively high levels of hookah use.

“Hookah use can lead to exposure to high levels of carbon monoxide, which is produced by the burning of charcoal and the heating of tobacco,” Rostron said. “People can be exposed through inhaling hookah smoke or through secondhand exposure. Carbon monoxide exposure can lead to effects such as dizziness, nausea, vomiting, seizures and even death.” 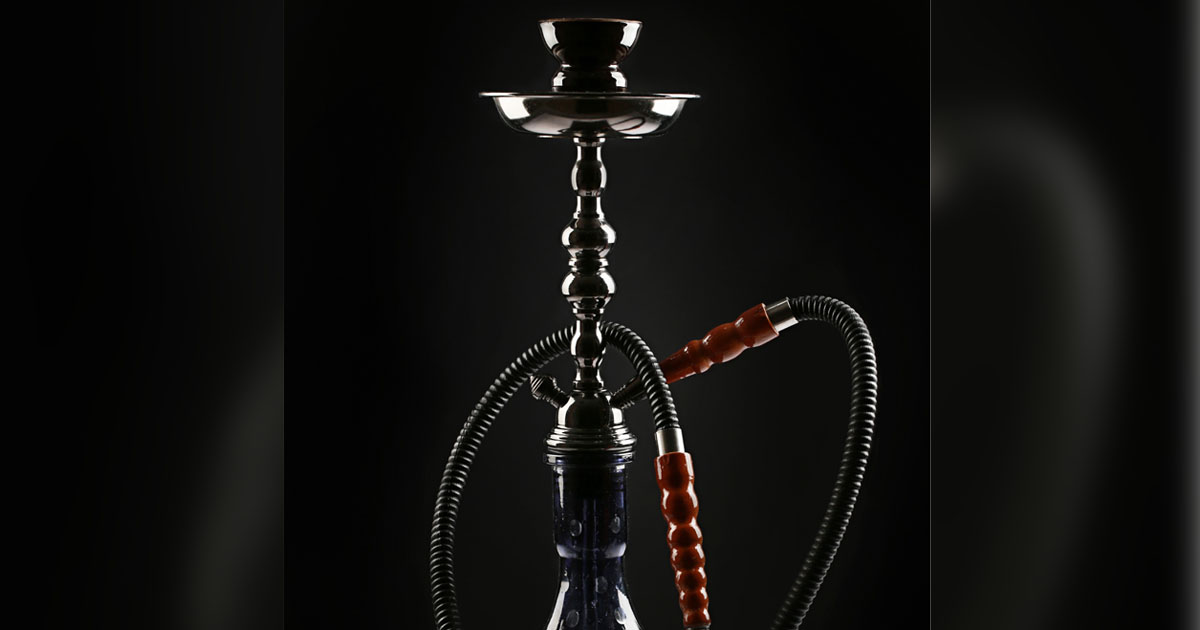 Of the 276 relevant poisoning events reported to U.S. poison control centers between 2001 and 2017, 14.1% of the patients affected were aged between 10 and 17 years, 54.8% were aged 18 to 24 years, and 20.6% were aged 25 years or older. Although no deaths were reported, one teenager or young adult was treated in a critical care unit, nine were treated in noncritical care units, and 39 were treated or evaluated and released.

Rostron and colleagues wrote that when patients requiring care at a health care facility underwent carboxyhemoglobin testing, levels ranged from 4.3% to 35% upon arrival.

“Exposure to hookah charcoal and tobacco is known to cause carbon monoxide poisoning,” Rostron said. “These poisoning events are generally due to short-term exposure, so preventing or removing any exposure to hookah should eliminate or reduce the risks. Additionally, we are not aware of studies looking specifically at the role of flavors in these events.” – by Katherine Bortz

We knew that hookah was bad, just not how bad. We knew that the toxins and carcinogens from the tobacco and the charcoal from hookah went straight from the lungs and into the bloodstream and that passing the smoke through water does nothing to reduce its toxicity. We knew that this could lead to chronic and severe long-term harms to health. However, the potential for acute carbon monoxide poisoning was not something that I was aware of, although it should not be particularly surprising.

The hookah user is inhaling smoke from the combustion of both tobacco and charcoal. Typical hookah sessions can last an hour or more and involve inhaling around 90,000 mL of smoke, compared with the 500 to 600 mL of smoke inhaled when smoking a cigarette. Carbon monoxide poisoning is of concern not just from its acute toxicity but also its long-term effects, including cognitive decline ranging from subtle impairments to dementia and movement disorders.

This is one more reason why we need to take action to protect our young people from hookah and other tobacco products. Public health authorities need to be telling the truth about hookah use and changing the image from traditional, social and “cool” to one of harmful, addictive and very toxic. The FDA, which is charged with regulating tobacco products to protect the public health, needs to investigate and regulate hookah products. Our young people deserve no less.