Researchers are now analyzing comments posted online by anti-vaccine advocates to help physicians tailor conversations with parents who are hesitant to immunize their children.

“There is a public health crisis around vaccination — low vaccination rates have caused outbreaks of deadly conditions like measles, which we haven’t seen for a long time,” Beth Hoffman, BSc, a graduate student at the University of Pittsburgh Graduate School of Public Health, told Infectious Diseases in Children. “We were inspired to do this study in the hopes that much of this crisis may be averted if we can better understand and communicate with vaccine-hesitant parents.”

Vaccine skeptics have taken to social media to enforce their views. In one account published in the Los Angeles Times this week, a physician was targeted with thousands of comments after encouraging patients to get their influenza vaccine. CNN documented another incident this week in which the mother of a 4-year-old boy who died of influenza was inundated with negative comments from anti-vaccine advocates on Facebook — some even suggesting that she was deserving of the tragedy, or that her son never existed.

In 2017, a Pittsburgh-based pediatric practice posted a video on its Facebook page that promoted HPV vaccination to prevent cancer. The researchers collected information on 197 people who posted anti-vaccination comments in response to the message so that they could analyze why.

According to the researchers, most of the commenters were female (89%). Of the 136 individuals who divulged their location, most were from California, Texas, Australia and Canada. Hoffman said this finding was surprising — showing just “how widely and rapidly anti-vaccination material” spreads on social media. 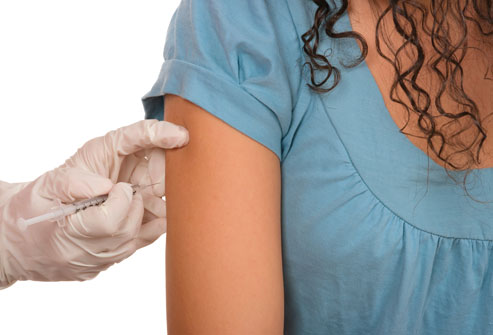 “This suggests that we need to think about how to respond in a much larger arena than just the pediatric office,” she said.

The researchers identified four areas of concern among the commenters:

The researchers suggested that these concerns show why a “blanket” approach to public health messages may not work. For example, someone in the “trust” subgroup may not worry about a link between autism and vaccines — a link that has been debunked in numerous studies — but they may care about maintaining their liberty to make decisions on behalf of their child. Stressing that vaccines do not cause autism may alienate these parents because that is not their main concern.

Hoffman and colleagues found that the commenters also expressed views opposing other health-related practices, including water fluoridation and circumcision.

“Pediatricians can best serve parents and their children by understanding that concerns about vaccines are varied,” Hoffman said. “So, careful listening, followed by a tailored approach, will probably be most helpful.” – by Katherine Bortz