Two case reports from Canada recently demonstrated how treatment can prevent HIV transmission from mother to child while breastfeeding, allowing mothers the option to choose how their infants are fed in a resource-rich setting.

Ari Bitnun, MD, MSc, FRCPC, a staff physician and consultant in infectious diseases at the Hospital for Sick Children and an assistant professor of pediatrics at the University of Toronto, and colleagues wrote that infants born to mothers with HIV in resource-rich countries are recommended exclusive formula feeding. This is because combination ART (cART) reduces — but most likely does not fully eliminate — the infant’s risk for HIV transmission.

“Women who are on combination antiretroviral therapy, who have sustained virologic suppression and who express an interest in breastfeeding their infant need detailed counseling by a multidisciplinary team,” Bitnun told Infectious Diseases in Children. “This is a very complex and difficult situation for the mother, and a nonjudgmental, compassionate approach is essential.”

According to U.S. guidelines, infants born to mothers with HIV in the United States are given at least 6 weeks of zidovudine or nevirapine, but drug resistance has been reported in infants infected through breast milk. 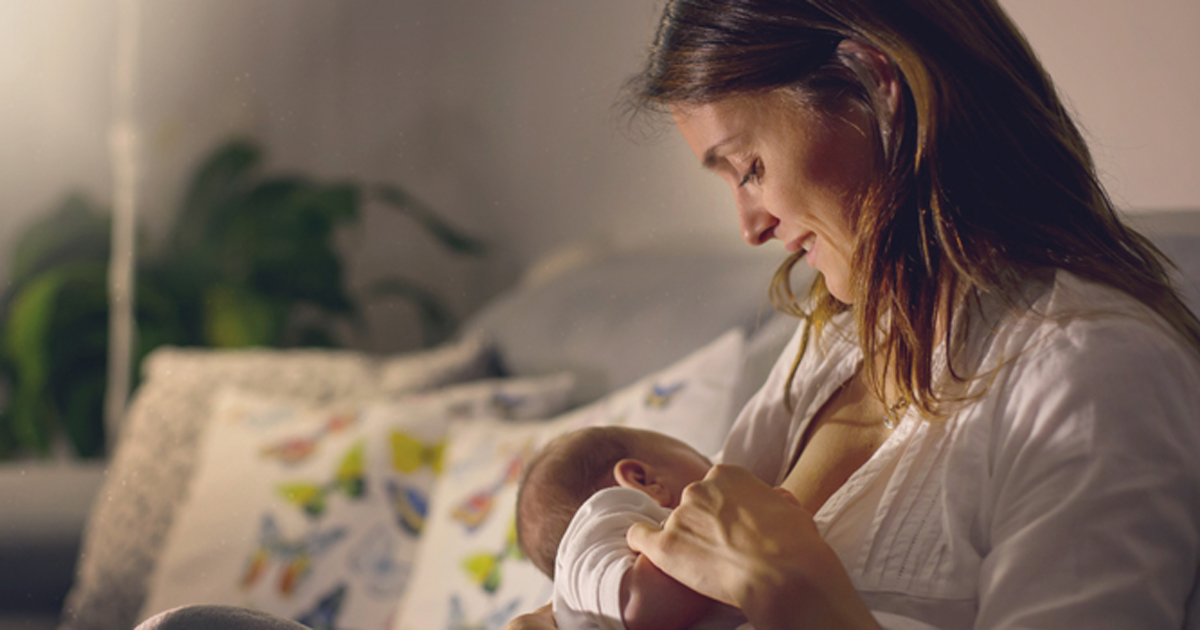 The mothers described in the case reports said that they wanted to breastfeed because it would promote bonding with their babies, and not doing so would inadvertently disclose their HIV status to their relatives. Their infants were administered triple-drug prophylaxis while they were breastfed.

One infant born at 41 weeks’ gestation who received zidovudine, lamivudine and nevirapine within 12 hours of birth was breastfed up to age 6 weeks. Nevirapine was discontinued 1 week after breastfeeding ceased. The researchers wrote that the other two medications were stopped 2 weeks later. HIV PCR results were consistently negative, and at age 18 months, HIV serology was nonreactive.

Although there was no viral load detected in his mother’s breast milk, proviral DNA was detected by PCR. Bitnun told Infectious Diseases in Children that this finding was not surprising because the latent cellular reservoir is unaffected by ART.

The researchers also examined a case of twin boys born at 31 weeks’ gestation. The infants required a 5-week stay in a NICU, where they were fed using donated breastmilk and then switched to formula. During this time, they received standard oral zidovudine prophylaxis. The mother initiated breastfeeding once the infants were discharged at age 6 weeks, and they were fed a combination of breastmilk and formula for 12 weeks.

While breastfeeding, they received zidovudine, lamivudine and nevirapine and continued this regimen until 3 weeks after breastfeeding was discontinued. The infants consistently tested negative for HIV through PCR and had nonreactive serology at age 18 months. The mother’s breast milk was sent out for proviral DNA testing, but no results were received because of technical issues.

Bitnun said it is important for women with HIV to understand the risk posed to their infants by breastfeeding and the relative safety of formula feeding.

“However, it must be noted that there are increasing discussions on the appropriateness of this strategy,” she said. “This is an area that is currently controversial and evolving.” – by Katherine Bortz

These cases bring up multiple issues for consideration. In the U.S., it is recommended that women living with HIV (WLWH) who want to breastfeed receive evidence-based counseling on the risks and benefits of breastfeeding, and they should receive counseling on harm-reduction measures to minimize HIV transmission. These measures include, as the mothers in these case reports received, cART throughout gestation as well as during the period of breastfeeding.

There are still unanswered questions based on the available evidence, including the use of antiviral treatment in infants, and the risks vs. benefits while breastfeeding (exclusively or in combination with donor milk and/or formula — as these risks may differ).

The cases presented are a combination of these issues, as one term infant was exclusively breastfed whereas the twins first received a combination of donated human milk with infant formula, followed by the mother’s own milk after discharge at 6 weeks.

Other important considerations regarding harm reduction include maternal CD4+ T lymphocyte count, viral load in maternal plasma and mother’s milk (positive in the one case), any breast issues regarding inflammation such as mastitis or abscesses, and any infant lesions open to infection such as oral thrush or open oral lesions. Any of these conditions would lead to higher HIV transmission via breastfeeding.