Researchers followed 82 newly licensed teenaged drivers (average age, 16.48 years) in Virginia for 1 year. They equipped their vehicles with computers to track kinematics and assess speed, a GPS to determine mileage, and video cameras to watch the driver’s face, hands and body positioning. Six-second video segments before each crash were evaluated to determine the severity, type and contributing factors of the crash. The researchers compared these video segments with randomly sampled videos in which no crash occurred — establishing a baseline of normal driving behavior.

At the end of the 1-year study period, researchers identified 71 crashes among the 82 drivers. There were 43 drivers who were not in a crash, 25 involved in one crash and 14 involved two or more crashes (median, 3; range, 2-8). Drivers were performing secondary tasks in 51% of crashes and in 56% of baseline segments. The most common secondary tasks in both scenarios were interacting with passengers (21%), talking or signing without a passenger present (17%) and attending to stimuli outside the vehicle (10%). 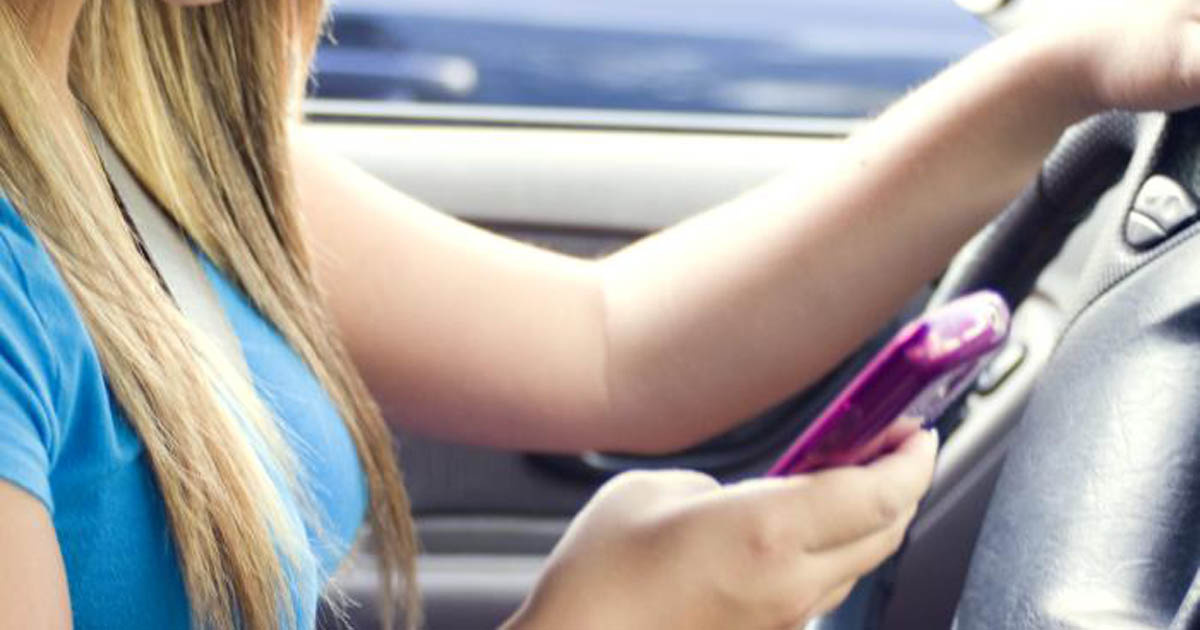 Although cellphone use was not the leading cause of motor vehicle crashes among American teenagers, the use of phones while driving increased the risk for crashes. The researchers wrote that every second the driver's eyes were off the road, regardless of the type of distraction, the risk for a crash increased by 28%.
Source: CDC

Although they were not the most common secondary tasks, reaching for objects (OR = 6.9, 95% CI = 2.6, 18.6) and manual cellphone use (OR = 2.7, 95% CI = 1.1, 6.8) were both associated with increases in crash risk compared with the baseline. For every second the driver’s eyes were off the road, the risk for crashing increased by 28%, regardless of the type of distraction, the researchers said.

This follows another recent study that found nearly 40% of teens in the United States text while driving.

“During their first year of independent driving, teens often engage in many different activities behind the wheel that could lead to a crash,” Pnina Gershon, PhD, lead author of the study, said in a news release. “Teenage drivers may benefit from interventions that monitor and alert them during frequent or prolonged inattention on the road.” – by Erin Michael

Motor vehicle crashes continue to be the leading cause of death among teenagers in the U.S. In 2016, over 2,000 teens in the U.S. aged 14 to 18 years died in motor vehicle crashes, and nearly 260,000 were seriously injured in traffic-related incidents. Teen motor vehicle crashes are preventable, and proven strategies can improve the safety of young drivers on the road. Among distracted driving, texting while driving may be especially risky because it involves at least three types of driver distraction: visual, physical and cognitive. Texting while driving is banned for all drivers in 47 states and the District of Columbia, yet this study shows that manual cellphone use (texting/browsing/locating/reaching/answering/dialing hand-held/talking or listening hand-held) still occurs regularly among teen drivers.

Parents have a role to play to keep teens and other drivers safer on the road. Parents must be a good role model. Drive distraction free. Do not use your cellphone while driving. Parents can also set clear rules even after their teen gets his or her license, such as no cellphone use while driving.

Educational PSAs or other activities to teach teen drivers about keeping eyes on the road and the dangers of texting while driving may also be beneficial.