Nearly 9,000 children and adolescents died as a result of prescription and illicit opioid poisonings between 1999 and 2016 in the United States, according to findings published in JAMA Network Open. Most of these deaths occurred in teenagers, who saw an increase in heroin-related mortality of more than 400% during that time.

Julie R. Gaither, PhD, MPH, RN, an instructor in the department of pediatrics at Yale School of Medicine, and colleagues analyzed serial mortality data collected by the CDC from Americans aged younger than 20 years. 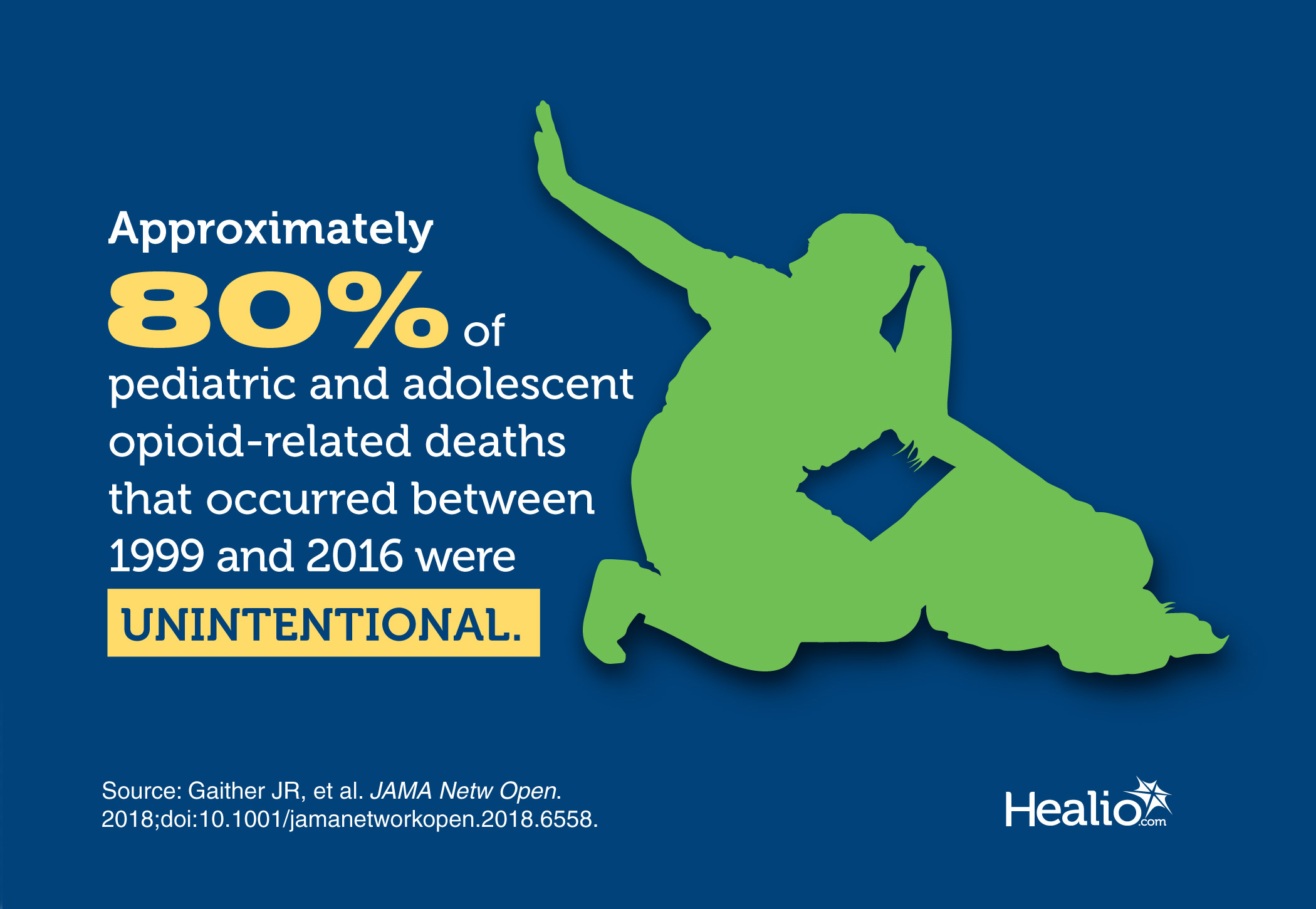 Heroin was the most common cause of opioid-related deaths among teenagers aged 15 to 19 years (n = 1,872), the researchers said. The rate of these deaths increased 404.8% during the study period. A significant but less drastic increase was also observed in prescription opioid-related deaths among this age group (94.7%). Most deaths in people aged 15 to 19 years occurred between 2014 and 2016 (n = 1,508). Synthetic opioids, such as fentanyl, were linked to 31% of these deaths.

Approximately 80% of pediatric and adolescent opioid-related deaths that occurred during the 18 years of the study were unintentional. A previous study conducted by Gaither and colleagues observed a threefold increase in accidental opioid poisonings in people aged 15 to 19 years between 1997 and 2012. More than one-third of all deaths occurred at home or in a residential setting.

Opioid-related homicides were observed in 24.5% of deaths among children aged younger than 5 years, according to the researchers.

Gaither and colleagues wrote that in light of these findings, legislators, public health officials, clinicians and parents need to “take a wider view of the opioid crisis” and support family-centered, pediatric-focused measures to protect children and adolescents from this growing public health problem.

Richard F. Jacobs, MD, professor emeritus at the University of Arkansas for Medical Sciences and Chief Medical Editor of Infectious Diseases in Children, said “the spotlight cannot be too bright on this issue.” – by Katherine Bortz

Disclosures: Gaither reports receiving grants from the NIH’s National Center for Advancing Translational Sciences during the conduct of the study. Jacobs reports no relevant financial disclosures.