53% of state immunization bills propose to increase access to exemptions

More than half of bills proposed by state legislators concerning immunization would expand people’s access to vaccine exemptions, according to research published in the American Journal of Public Health. Although researchers noted that most bills signed into law restrict access to exemptions, they said the prevalence of the anti-vaccine mindset should raise concerns about public health.

All states allow medical exemptions to vaccination, the researchers noted. However, all but three states — West Virginia, Mississippi and California — allow vaccine exemptions for religious or possibly even ideological reasons.

“Legislators introduce and support legislation that is reflective of their constituents’ needs,” Neal D. Goldstein, PhD, MBI, assistant research professor of epidemiology and biostatistics at the Drexel University Dornsife School of Public Health, told Infectious Diseases in Children. “If the most vocal constituents are anti-vaccination, this has the potential to hurt the public’s health. Starting a dialog with legislators that is pro-vaccination, even by sending an email, is a good first step.”

Goldstein and colleagues conducted a content analysis of proposed and enacted legislation between 2011 and 2017 that would directly affect states’ immunization exemption laws.

They identified 175 bills related to vaccination policies during the study period. Over half of these bills (53%) would increase access to vaccine exemptions, and the remaining proposed bills limited exemptions. 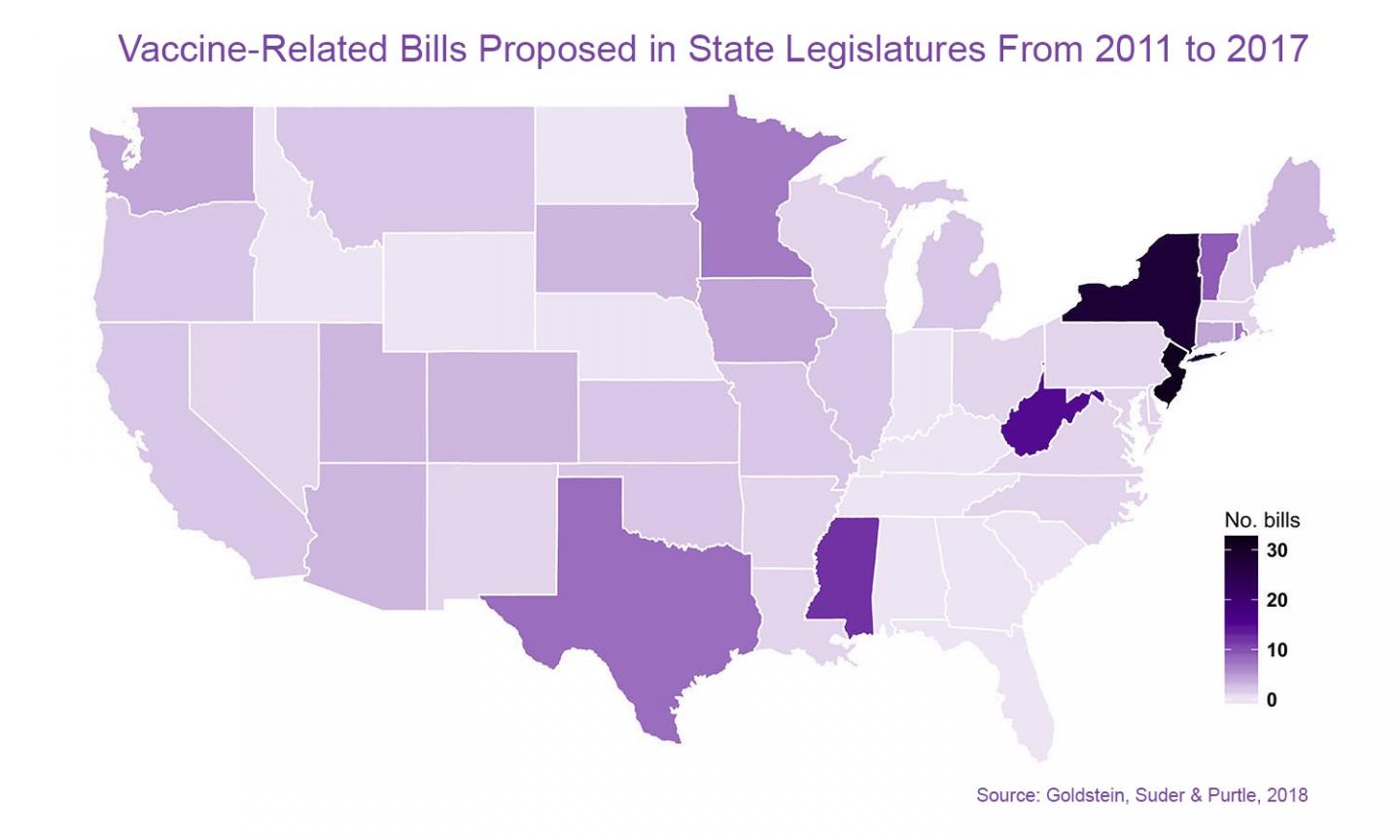 Although more anti-vaccination legislation was introduced during the study period, bills that limited vaccine exemptions were significantly more likely to be enacted. For example, 12 of the 13 bills signed into law (92%) limited access to vaccine exemptions.

“Public health and medical societies can be influences on legislators, so this study should act as an alarm that the majority of bills in state legislatures are anti-vaccination,” Goldstein said. “Even though the ones that make it to law are pro-vaccination, the fact that these anti-vaccination bills are even introduced is concerning. Organizations like the AAP have a specific role to play in ensuring that evidence-based bills are supported, and nonevidence-based bills are dismissed.”

“One of the interesting outcomes of this study was that one of the representatives in New Jersey believed she was introducing legislation that was evidence based — she emailed us a study,” Goldstein said.

The study turned out to be a “flawed analysis linking hepatitis B vaccination with autism.” Goldstein added that although the general public does not have the expertise to determine whether medical literature is credible, health care providers do.

“Pediatricians need to be aware of these bills not only to see what trends in vaccination are but to know how to respond to parents who raise questions, object to information or bring in studies they believe show a deleterious impact of vaccination.” – by Katherine Bortz