In the eleventh revision of the International Classification of Diseases, WHO included “gaming disorder,” or video game addiction, as a legitimate mental health disorder.

In 2011, Douglas Gentile, PhD, professor of psychology at Iowa State University, and colleagues conducted a 2-year longitudinal panel study that followed 3,034 children in elementary and secondary school in Singapore to identify the effect gaming has on mental health.

Researchers analyzed the children’s weekly amount of game play, impulsivity, social competence, depression, social phobia, anxiety and school performance, and they determined video game addiction presents similarly to other addictive behaviors. They also found that it is comorbid with other mental health disorders, such as depression, anxiety disorder, social phobias and ADHD.

Infectious Diseases in Children spoke with Gentile to learn more about gaming addiction and the importance of the new ICD-11 classification. – by Marley Ghizzone

What behaviors and patterns are associated with gaming disorder in children?

The correct scientific answer is, we aren’t entirely sure yet. The way that it’s typically been measured is by the level and breadth of dysfunction caused. If it’s harming school performance or family, social, psychological and emotional functioning, then it’s like other addictions, which are defined on dysfunctionality, not necessarily on frequency. Some kids can spend a lot of time gaming and keep it in balance with all their other obligations. But, for a minority of kids, it does seem to get out of balance. What parents often notice first is their child giving up previous interests or hobbies. They withdraw into the games and give up friends who don’t game, replacing them instead with friends who do. Parents may also see changes in sleep patterns or a drop in grades. One of those symptoms alone is not sufficient for a diagnosis, but it is indicative that there’s a question to be asked about the child’s gaming habits. Here at my university we have a lot of first semester freshmen fail out of school and we don’t know all the reasons why this happens. However, you can certainly imagine an 18-year-old boy who, for the first time in his life, is away from parental monitoring. No one is checking to see if he has his homework done or is going to bed at a reasonable time. He’s also put on a dorm floor with other 18-year old boys who also like video games and they’re given 24-hour high speed internet. They stay late up into the night playing video games together, start missing and sleeping through some classes and their grades start to suffer, which is stressful for them. If they bother to go to student counseling service, they walk in and they say, “I’m worried about my grades.” The therapist appropriately asks grade-relevant questions, such as their study habits or note-taking. They don’t ask about gaming because the patient didn’t present with a gaming concern and the patient doesn’t talk about gaming because, to them, it’s part of the solution – it’s how they cope with the stress. But the student ends up failing because no one talked about gaming. That’s an example of why gaming disorder being classified in the ICD-11 is so important — pediatricians and physicians need to ask the question about gaming.

How serious is this condition? How many children are affected in the United States?

Gaming disorder rates vary between 1% and 10% of youth gamers. The only national study that I’m aware of is the one I conducted with Harris Polls, which included over 1,000 8- to 18-year-olds. We find that 92% of children play video games and, of those, about 8.5% would classify as having gaming disorder by the American Psychiatric Association’s DSM-5 guidelines. That means 92% of kids can play games without serious, clinical-level problems. That said, there are about 40 million children in the U.S. If 92% play video games and 8% of them would classify as having gaming disorder, that’s over 3 million children in the U.S. today causing serious damage to their lives because of the way they’re playing. Even if we drop it to the low end of prevalence estimates, it’s still a substantial number. It’s close to about 400,000 children in the U.S. That’s a lot of kids who would benefit from getting help but up until now haven’t been able to because it hasn’t been considered a real diagnosis.

How will the ICD-11 classification help, and why was gaming disorder finally recognized as an addiction?

I think it will help in clinical practice because pediatricians, mental health practitioners and other health care professionals will be alert to symptoms. I think that’s the value. It may change economic policy in terms of whether it can be covered under insurance because, right now, if it doesn’t have a diagnostic code, it can’t get paid for. Giving it a diagnostic code may allow people to get it paid for under their existing coverage. 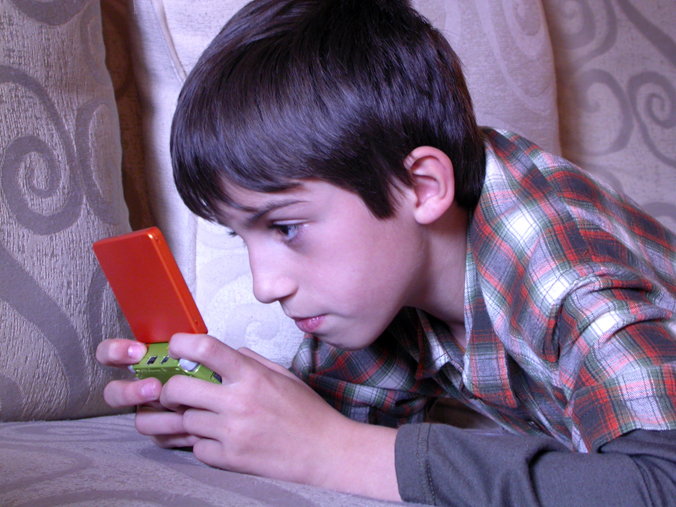 About 92% of children play video games and, of those, an estimated 8.5% would classify as having a gaming disorder.
Source:Adobe Stock Photo

In 2013, the American Psychiatric Association updated the DSM with the fifth edition, and they included “internet gaming disorder” — that was their term — in the appendix where they put emerging problems in which the early scientific evidence looks strong but there’s still several questions that need to be answered before it deserves its own diagnosis. In the 5 years since then, there have been, by my reckoning, over 1,200 peer-reviewed studies published. WHO has used the totality of the scientific evidence and concluded that now, the evidence is strong enough.

What is the take-home message for pediatricians regarding gaming disorder?

The American Academy of Pediatrics has been at the forefront of making significant policy statements regarding children’s media use and their health. It’s, perhaps, the premiere public health scientific organization that pays close attention to the quality of the scientific research on child media use. Pediatricians are well-trained and well-positioned to notice when there can be problems with media overuse — the amount or content, the different effects — and to work with parents. Pediatricians are in the best position to make profound differences in children’s lives by taking this seriously, and this is one of the things the AAP has done much better than almost any other scientific or public health organizations, in my opinion.

Where must research focus right now to address this problem?

We need longitudinal studies of 10,000 children to start answering the question, what are the warning signs? To my knowledge, the largest longitudinal study was the one I conducted in Singapore, which included 3,000 children. It was useful, and it provided a lot of new information, but we didn’t design the study to know what the warning signs are. What do the parents notice? We didn’t talk to parents in that study, so we really don’t know. We don’t really know much about gaming disorder’s comorbidities or what types of treatments are most effective. We don’t know what the different etiological pathways are. So, for example, I have a new study coming out that suggests that maybe, similar to other addictions, one etiological pathway is dysregulated coping. This happens with substance addictions, where you have a hard day at work, you come home, and you have a drink to take the edge off — there’s nothing really wrong with that. Then you do it the next day, and then you do it the next day, and then, after a while, you need two drinks. Finally, you’ve lost control over it, and it controls you. Now that we can actually diagnose people, we can enroll them in studies and can try to understand how they got where they are, what other problems they are dealing with and what types of treatments are going to be effective for which patients. We haven’t been able to do any of that work because until it is diagnosable, there are no patients.