Disinfecting pediatric long-term care facilities with ultraviolet-C can reduce the incidence of respiratory illnesses caused by viral pathogens — including influenza, rhinovirus, enterovirus and human metapneumovirus — by 44% when compared with traditional disinfection methods.

“Ultraviolet-C disinfection devices have been shown to be associated with a reduction in hospital-acquired infection caused by bacteria, as well as bacterial pathogen load on surfaces, but these devices have not been thoroughly examined for effectiveness in reducing viral infections,” Marianne Pavia, MS, BS, CIC, FAPIC, from St. Mary’s Hospital for Children, and colleagues wrote.

“Pediatric patients in particular are at risk for respiratory illnesses caused by viruses such as influenza, rhinovirus, enterovirus and human metapneumovirus,” the researchers continued. “These viral infections are especially problematic for patients with already weakened immune systems due to existing illness.”

To study how the use of ultraviolet-C (UV-C) impacts the incidence of viral illness in a pediatric long-term care facility, the researchers used the technology within a toddler unit from February 2016 and January 2017. Five of 12 rooms within the unit and two communal areas were disinfected with a single UV-C device, with the remaining rooms disinfected using standard manual protocols only. Even coverage of UV-C was ensured with a rotating schedule that included two to three treatments weekly. Both common areas received three weekly treatments. 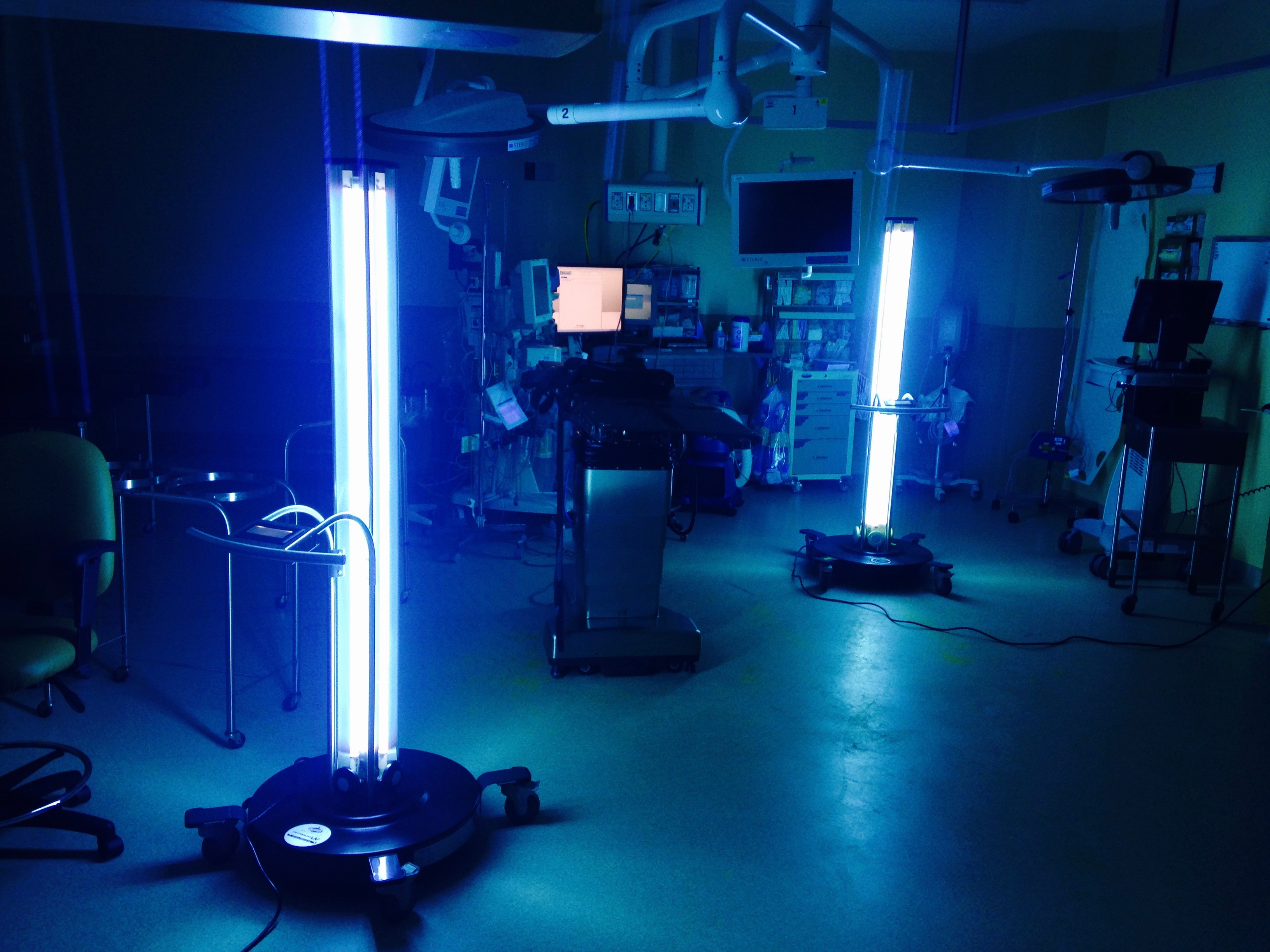 Before the use of UV-C, rooms and communal areas were cleaned with quaternary ammonium disinfectants. Patient safety was safeguarded by removing them from these areas before UV-C treatment.

Pavia and colleagues identified influenza, rhinovirus, enterovirus and human metapneumovirus using reverse transcription PCR on patient samples. The incidence of infection was gathered within electronic medical records, and the researchers computed rates of infection on a monthly basis.

When the researchers compared viral illness incidence rates with UV-C treatment and without UV-C treatment over 12 months, a 44% overall, unadjusted reduction was observed (P = .003), with an incidence rate ration of 0.56 (95% CI, 0.37-0.84). An average of 722 patient days per month persisted throughout the study period.

“No other new interventions were implemented during the study period, suggesting that the decrease in viral infection incidence was due solely to the addition of UV-C to disinfection protocols,” Pavia and colleagues wrote. “Viral pathogens are generally transmitted via aerosolized droplets but can also survive and be transmitted via contact with fomites. This study demonstrated that UV-C can help reduce viral infection incidence rates.” – by Katherine Bortz