E-cigarettes cause more harm than good on a population level

Although some adults may successfully quit smoking through the use of e-cigarettes, the number of those who benefit from the product is far outweighed by the number of teenagers and young adults who transition from e-cigarette use to cigarette smoking and the number of years lost on a population level, according to research published in PLoS ONE.

“Teenagers may perceive e-cigarettes as a less harmful alternative to cigarettes because of the way in which they are marketed by the tobacco and e-cigarette industries,” Samir Soneji, PhD, from the Norris Cotton Cancer Center and Dartmouth Institute for Health Policy & Clinical Practice, Geisel School of Medicine at Dartmouth, told Infectious Diseases in Children. “There is conclusive evidence that e-cigarette vapor contains known toxins. No one knows the long-term consequences of vapor inhalation because e-cigarettes are relatively new, but there is substantial evidence that it may affect health.”

To measure the health benefits and harms of e-cigarette use in adolescents and adults at the population level, the researchers conducted their study using a Monte Carlo stochastic simulation model, which had parameters pulled from census data, national health and tobacco use surveys, as well as published studies. 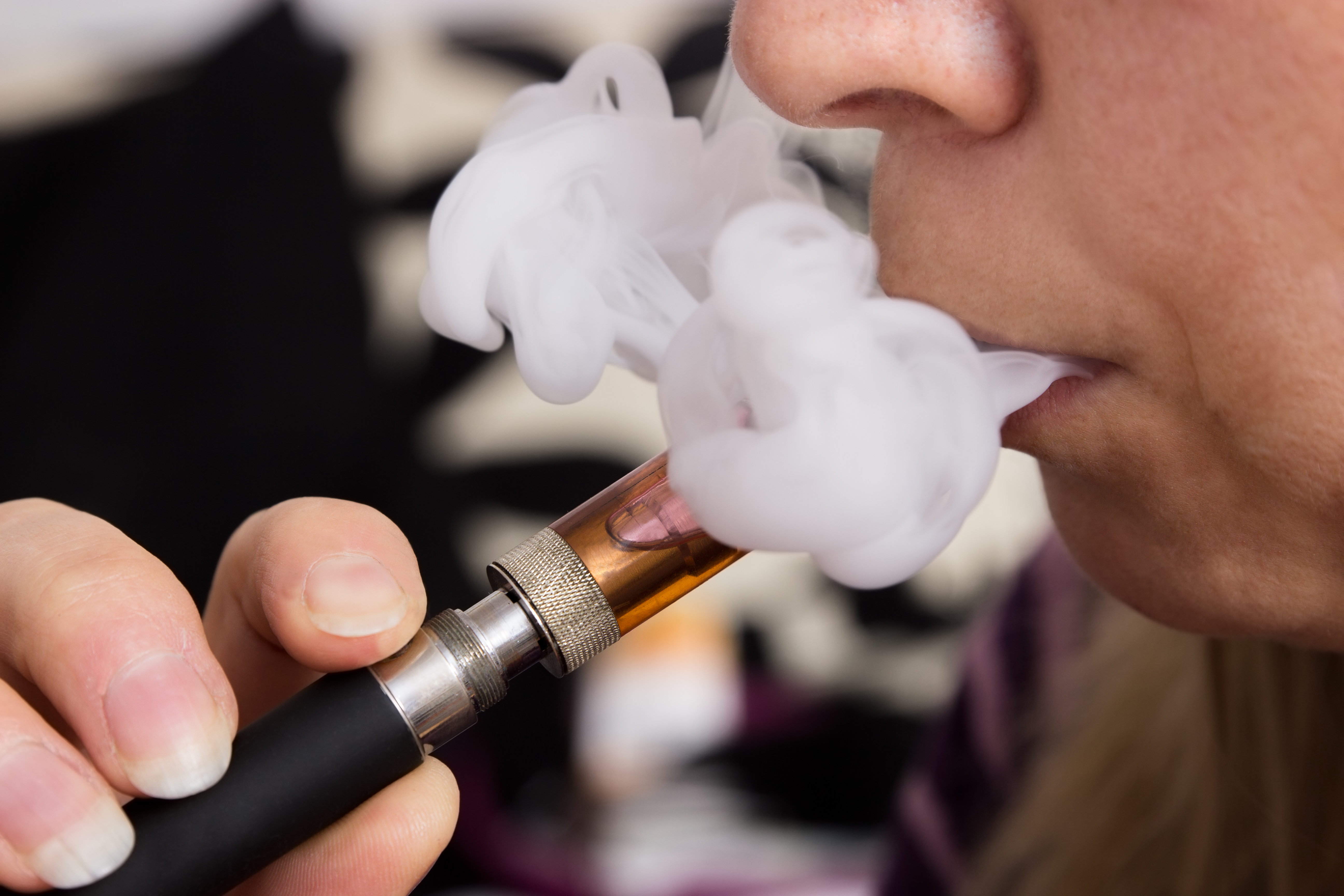 E-cigarette use leads 168,000 teenagers and young adults to cigarette smoking and caused the general population to lose 1,510,000 years in 2014.
Source: Shutterstock.com

In addition to the benefits and harms of e-cigarette use, Soneji and colleagues determined the number of years gained and lost as a result of e-cigarettes, with consideration given to smoking cessation in current smokers and escalation to long-term cigarette smokers in never-smokers. All data were pulled for those residing within the United States in 2014.

Despite this progress, the model also projected that 168,000 teenagers between the ages of 12 and 17 years and young adults aged between 18 and 29 years who had never smoked cigarettes would begin using the tobacco product in 2015 because of e-cigarette use in 2014 (95% CI, 114,000-229,000). These adolescents and young adults would transition to daily cigarette smoking between the ages of 35 and 39 years.

“More teens vape e-cigarettes than smoke cigarettes. These teens may think they are engaging in a harmless behavior,” Soneji said. “Unfortunately, vaping is not a safe behavior and increases the risk of cigarette smoking initiation, even among kids who are not at high-risk to start smoking.”

“Teens are smart. They do not want to be duped or manipulated,” he added. “The e-cigarette industry has adopted many marketing strategies to attract young vapers — eg, fruit and candy flavors — that the cigarette industry previously used. In fact, many leading e-cigarette brands are owned by Big Tobacco. Parents and health care providers could help reduce teen e-cigarette use by making clear this connection between e-cigarette and cigarette marketing.” – by Katherine Bortz