AR101, an immunotherapy treatment option for peanut allergy created by Aimmune Therapeutics Inc. is effective in increasing tolerance to peanut protein in children aged between 4 and 17 years, with 67.2% of children tolerating up to 600 mg of peanut protein, according to phase 3 study results released by the company.

This treatment method has previously been granted United States FDA breakthrough therapy designation for children aged between 4 and 17 years with peanut allergy.

“It is exciting to see this large-scale study confirm that a characterized approach to oral immunotherapy in an appropriately supervised clinical setting holds promise for becoming an approved treatment,” A. Wesley Burks, MD, executive dean and Curnen Distinguished Professor of Pediatrics at the University of North Carolina School of Medicine and principal investigator for the study, said in a press release.

“It is great to have patients go from managing to tolerate, at most, the amount of peanut protein in a tenth of a peanut without reacting to successfully eating the equivalent of between two and four peanuts with nothing more than mild, transient symptoms, if any at all,” he continued. “Patients and their families are highly motivated to pursue an effective treatment for peanut allergy, and AR101 could give them a comfortable margin of safety in case of accidental exposures.” 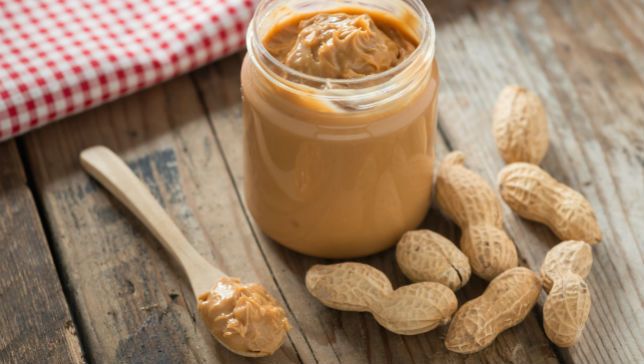 Aimmune Therapeutics, Inc. has released findings from their phase 3 trial of AR101, an oral immunotherapy treatment for peanut allergy. The treatment has demonstrated efficacy in children between 4 and 17 years of age.
Source: Shutterstock.com

The study — PALISADE — included 496 highly allergic patients, who were administered treatment for approximately 1 year. All children and adolescents included in the study were not able to tolerate peanut protein in amounts greater than 30 mg upon entry. According to the release, 72.2% of participants had past medical history of anaphylaxis, 53.0% were previously diagnosed or had a current diagnosis of asthma and multiple food allergies were experienced by 65.5% of participants.

Researchers conducted a double-blind, placebo-controlled food challenge in which 124 participants were administered a placebo. Of those who received AR101 and completed treatment, 96.3% were able to tolerate at least 300 mg of peanut protein (443 mg cumulative). Additionally, 67.2% of those receiving AR101 were able to tolerate a cumulative 1,043 mg of peanut protein, with the highest single-dose amount reaching at least 600 mg. Only 4.0% of those receiving a placebo tolerated this quantity.

Furthermore, only slight allergy symptoms were experienced by those administered AR101 during the food challenge, with 50.3% of AR101 recipients tolerating 1,000 mg of peanut protein (2,043 mg cumulative). This benchmark was reached by only 2.4% of those who received a placebo (P < .00001).

In addition to children aged between 4 and 17 years, PALISADE included 55 participants aged between 18 and 49 years who were randomly selected for the trial. AR101 was received by 41 patients, with 14 receiving a placebo. An exploratory analysis revealed that 85% of adults taking AR101 tolerated at least 600 mg of peanut protein in the food challenge, compared with 15% of those receiving a placebo. Twenty-one adult participants who were treated with AR101 discontinued treatment, and eight experienced adverse events.

Aimmune noted that assessment of primary endpoints was conducted by independent, blinded evaluators that had no role in ongoing care of participants and were unaware of treatment status and sequence of the food challenge.

The company announced it plans to submit a biologics license application for AR101 to the FDA by the end of 2018.

“We at Aimmune are enormously pleased with this result, but this success really belongs to the entire food allergy community,” Stephen Dilly, MBBS, PhD, CEO of Aimmune, said in the release. “Aimmune was originally founded through the commitment of food allergy parents, advocates and researchers. They all saw a future where a safe, reliable and accessible medicine could protect people from terrifying allergic reactions that occur because of innocent, inevitable mistakes. We remain the custodians of their vision, and we are proud to be taking another meaningful step toward delivering on it.” – by Katherine Bortz