Despite black-box warning, codeine use after tonsillectomy persists

The FDA placement of a black-box warning on the use of codeine in children after tonsillectomy and/or adenoidectomy was able to decrease the amount of the drug used in the pediatric population after this operation; however, one in 20 are still prescribed the opioid after the operation.

“The residual codeine prescribing is concerning since this should be a zero event,” Kao-Ping Chua, MD, PhD, researcher and pediatrician at the University of Michigan C.S. Mott Children’s Hospital, said in a press release. “We need to ensure children are not subject to unnecessary potential harm when we have reasonable alternatives.” 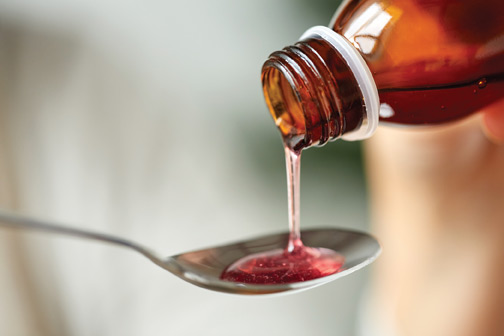 Although the FDA issued a black-box warning in 2013 against the prescription of codeine to children after tonsillectomy, 5% of children were still prescribed codeine two years later.
Source: Shutterstock.com

To assess the connection between the 2012 FDA investigation on the safety of codeine in children after tonsillectomy and/or adenoidectomy and the frequency in which opioids are prescribed to children after these surgeries, the researchers conducted a study that included 362,992 privately insured children. All children underwent tonsillectomies and/or adenoidectomies, were insured between 2010 and 2015 and were identified through the Truven MarketScan Commercial Claims and Encounters database.

Chua and colleagues approximated the level and slope changes in the number of children prescribed opioids using an interrupted time series design. Those with one or more prescription fills for codeine and one or more fills for an alternative opioid such as hydrocodone up to 7 days after surgery were assessed.

“Though over-the-counter medications like ibuprofen are quite effective for pain after these surgeries, some children with more severe pain will require opioids like oxycodone and hydrocodone,” Chua said in the press release. “The problem is that there are also concerns regarding the safety and abuse potential of these alternative opioids.”

The FDA investigation significantly decreased the percentage of children with one or more prescription fills of codeine after a tonsillectomy and/or adenoidectomy (–13.3; 95% CI, –14.5 to –12.1). The number of children who received one or more prescription fills for codeine after these procedures still was higher than anticipated at 5.1% in December 2015. Alternate opioid prescribing was not significantly affected by the FDA investigation despite the finding that the number of children using alternate opioids increased because of other factors.

“The problem is we don’t how each patient metabolizes codeine. So, every time a doctor prescribes codeine to a child, they are rolling the dice with the child’s health,” Chua said in the release. “Our findings suggest the need to increase efforts to eliminate inappropriate codeine prescribing and encourage the use of effective non-opioid medications following tonsil and adenoid removal in children.” – by Katherine Bortz