The Advisory Committee on Immunization Practices recently voted unanimously in favor of a third dose of the measles-mumps-rubella vaccine for individuals identified by public health officials as being at risk during a mumps outbreak.

This vote is in response to a drastic rise in mumps outbreaks since 2006, most notably among college students with high rates of immunization, many of whom had received both recommended doses of the measles-mumps-rubella (MMR) vaccine. Despite the highly-immunized populations, college campuses accounted for the location of 50% of outbreaks and 40% of all cases in 2016. 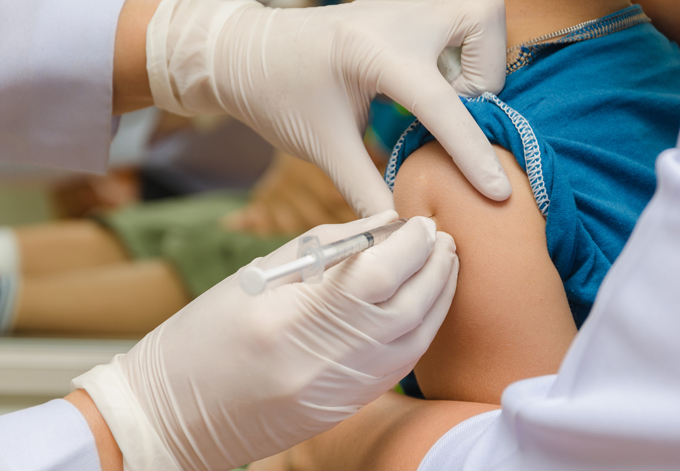 The ACIP unanimously voted to recommend a third dose of the measles-mumps-rubella vaccine for use during mumps outbreaks.
Source: Shutterstock.com

During a presentation on mumps epidemiology, Mona Marin, MD, from the division of viral diseases at the CDC, noted that the crowded living conditions found on college campuses — in particular those found among fraternities, sororities and sports teams — contributed significantly to the recent outbreaks.

“Mumps outbreaks continue to be a public health burden, and young adults are at highest risk,” she said in her presentation. “Although half of all outbreaks were less than 10 cases, 13% of outbreaks had 50 or more mumps cases, which accounted for over 80% of all cases.”

The CDC has not changed its vaccination recommendations for the general population, as the current two-dose MMR schedule — considered 88% effective at preventing mumps — appears sufficient in controlling mumps outside of increased risk populations. Although the CDC has provided guidance for health departments on administering third doses of this vaccine during outbreaks since 2012, Marin noted that there is currently inadequate data to direct a decision whether to support or disregard this suggestion. She noted that a recommendation from the ACIP would deliver more focused direction to stakeholders.

During the presentation, Mariel Marlow, PhD, MPH, from the division of viral diseases at the CDC, said that while current evidence is limited regarding whether a third dose of a mumps-containing vaccine can prevent complications, evidence is strong regarding the safety and limited potential for serious adverse events from the third vaccine.

Marlow also mentioned that research that has been conducted on a third dose of this vaccine demonstrates short-term increases in antibodies and minor adverse events, including joint problems, headache, diarrhea and swollen glands, were experienced at low rates.

During her presentation, Marin discussed the significant benefits of implementing a third dose of MMR vaccine, including prevention of mumps as well as complications of the disease. According to data cited in this presentation, attack rates among at risk populations were lower in those who have received a third dose (P < .001).

In addition to data presented regarding the safety and efficacy of a third MMR vaccine, survey results revealed that the majority of student and parental attitudes on the topic were mainly positive, with 85% of students and 80% of parents reporting positive attitudes toward the recommendation.

“I like this recommendation because it seems as though it is for individual protection and for outbreak control,” Adria Lee, MSPH, from Ihrc, Inc., a contracting agency to the division of viral diseases at the National Center for Immunization and Respiratory Diseases at the CDC, said prior to the vote. “It raises an interesting question about who is responsible in this situation, and gives flexibility so that in an implementation situation, it can really be a partnership and at the discretion of that partnership to decide how to run.” –by Katherine Bortz

Disclosure: Infectious Diseases in Children was unable to confirm relevant financial disclosures prior to publication.