At any given time, about one in every 20 patients has an infection related to their hospital care.

Health care-related infections cost billions of dollars each year and lead to the loss of thousands of lives. They can be systemic or localized and are often associated with blood transfusions and medical device placement. Bloodstream infections, followed by pneumonia and urinary tract infections, are most commonly noted in pediatric populations. Infections related to health care settings can have devastating emotional, financial and medical consequences for patients and their families.

It is projected that reducing health care-related infections could result in approximately 1.8 million fewer injuries and illnesses to patients, with more than 60,000 lives saved during the next 3 years. A Department of Health and Human Services initiative known as the Partnership for Patients is projected to save up to $35 billion across the health care system, including up to $10 billion in Medicare savings during the next 3 years. 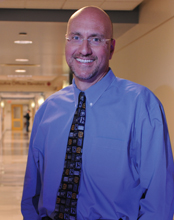 So far, these types of interventions have had an effect on infection rates. CDC researchers reported in October that central line-associated bloodstream infections have decreased by 33% since 2008, but the goal is a 50% reduction by 2013.

David Kaufman, MD, who is an associate professor of pediatrics at the University of Virginia Health System, told Infectious Diseases in Children that to succeed, bundles must encompass a focus on sterility, having two people in the catheter placement process, and hygienic maintenance routines.

Infection control practices must emphasize properly sterilizing the areas where the line goes into the body and properly dressing the area to avoid invasive fungal infections such as Candida, according to Kaufman. Proper syringe sterilization, emphasizing alcohol use and scrubbing for at least 15 seconds are critical as well. Regarding Candida, specifically, “a few bundles are including fluconazole intermittently, as prophylaxis,” he said, adding that this method has been widely studied and backed by a number of groups as a means to prevent these infections.

Several recently published studies have shown how targeted interventions and improved communication among staff can improve health care. One such initiative, launched at the Children’s Hospital and Clinics of Minnesota, demonstrated that such bundles can reduce infection rates in neonatal ICUs.

In an interview with Infectious Diseases in Children, Payne said as part of their bundle, the clinicians working in their neonatal ICU attended a 4-hour session that emphasized the importance of hygienic practices. The lesson was driven home with stories of newborns who contracted infections in the neonatal ICU and how that affected treatment outcomes.

“One of the biggest barriers to implementing these protocols is peoples’ attitudes,” Payne said. “If the [health care worker] thinks they can’t make a difference, or that it won’t work, that thought process sets the intervention back.”

Where the bundles succeed, he said, is reinforcing the ability of peers to help each other follow the protocols.

The researchers noted some limitations to their study; notably, that their hospital has participated in a number of quality improvement programs and, therefore, has “probably increased the receptivity of our staff to changing treatment processes.”

Regardless, the researchers said their data suggested that these types of intervention offer promise to address quality control measures in hospitals.

Another study published in 2009, which documented the burden of vancomycin-resistant Enterococcus (VRE) colonization among pediatric oncology patients at The Children’s Hospital of Philadelphia, concluded that “inadequate communication with regard to infection control precautions can increase the risk of transmission of epidemiologically important organisms, particularly when patients receive care at multiple clinic locations. Adherence to infection control practices across the spectrum of care may limit the spread of resistant organisms.”

Two of the researchers on that paper, Priya Prasad, MPH, and Theoklis Zaoutis, MD, both of The Children’s Hospital of Philadelphia, told Infectious Diseases in Children that these papers, along with others they have written, demonstrate how important communication regarding risk is to the staff to eliminate nosocomial infections.

“We have done a poor job in communicating the magnitude of risk,” Zaoutis said, adding that another area that is sorely in need of improvement is in research of the effects of nosocomial infections on the youngest, most at-risk populations.

Zaoutis said most pediatric patients who have nosocomial infections caused by bacterial and fungal pathogens have a predisposition to infection caused by supportive measures, such as placing intravascular lines and urinary catheters, so obtaining more data on interventions that work for these types of infections is key. Another area of research that needs more attention, according to Zaoutis, includes treatment for infections most commonly found in neonatal ICUs and pediatric ICUs.

In a point prevalence survey published in 2002 of infections in pediatric ICUs, researchers said “the most frequent pathogens were coagulase-negative staphylococci (21.3% infections), Candida spp. (17.3%), enterococci (13.3%), Staphylococcus aureus (12%) or Pseudomonas aeruginosa (10.7%).”

But a number of the medications routinely used for these conditions are considered “off label” in the very youngest patients, so further study on these therapies is needed, Zaoutis said.

Fortunately, many of these types of studies are under way: “There is a national push to have these bundles, which emphasize catheter-related protective efforts,” Prasad said. “Things are going to have an impact, and that will need to be studied.”

Hospitals that have been successful with reducing health care-associated infections were recently recognized by federal health officials. The organizations were the first to be honored as part of a new national awards program to highlight successful and sustained efforts to prevent health care-associated infections, specifically infections in critical care settings. The initial set of awards recognized critical care professionals and health care institutions for their efforts to reduce and, eventually, eliminate ventilator-associated pneumonia and bloodstream infections associated with central IV lines.

HHS partnered with the Critical Care Societies Collaborative to develop the awards program. Awards were conferred on two levels, according to specific criteria tied to national standards. The “Outstanding Leadership Award” went to teams and organizations that sustained success in reaching their targets for 25 months or more. The “Sustained Improvement Award” recognizes teams that demonstrated consistent and sustained progress during an 18- to 24-month period. – by Colleen Zacharyczuk

Hospitals that have been successful with reducing health care-associated infections were recently recognized by federal health officials. Initial award recipients were: