BLOG: The evaluation of patellar maltracking

Patellar maltracking is a term often associated with patellofemoral pathology, but its description and relevance in the diagnosis and management of patellar instability have not been well understood. The definition of maltracking refers to the dynamic malpositioning of the patella within the trochlear groove that occurs during active range of motion of the knee.

Patellar maltracking is typically observed during physical examination, and the “J” sign is a commonly cited manifestation of this. Maltracking can be evaluated with the patient in a sitting position with the legs hanging off the examination table. The patient is asked to actively extend their knees. The J sign refers to increased lateral translation of the patella that can be observed during terminal extension of the knees. Some surgeons quantify the J sign as 0, 1+, 2+ or 3+, but this has primarily been a subjective description based on the amount of lateral patellar translation perceived by the observer.

The relevance of the J sign with respect to the evaluation of patellar instability is debatable. In a study recently published by the International Patellofemoral Study Group, interobserver agreement on the presence of the J sign was only fair to moderate. The authors therefore had recommended increased standardization of physical examination assessments.

Since the advent of dynamic kinematic CT (DKCT) scanning, we have been able to apply this technology at our institution to study patellofemoral instability. DKCT allows for the visualization of patellar position during active extension of the patient’s knees by obtaining images every 0.5 seconds during the course of 10 seconds, which can then be reconstructed to view moving 3-D models. The individual scans performed each 0.5 seconds also allow for image analysis that can be compiled at each knee flexion angle to characterize maltracking patterns (Figure 1). 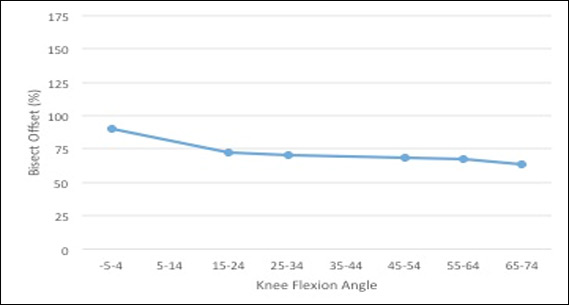 Figure 1.Bisect offset (representing lateral patellar translation) is shown plotted with changes in knee flexion angle. Bisect offset is defined by the percentage of the width of the patella that is lateral to a line through the deepest portion of the trochlear groove. 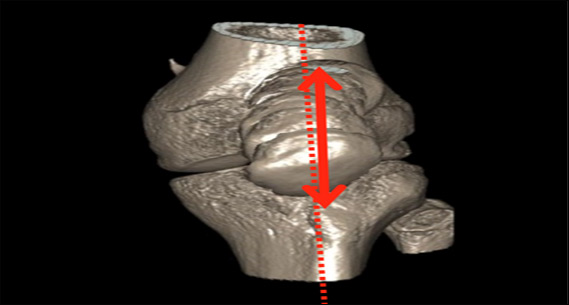 Figure 2a. A normal tracking pattern is shown. 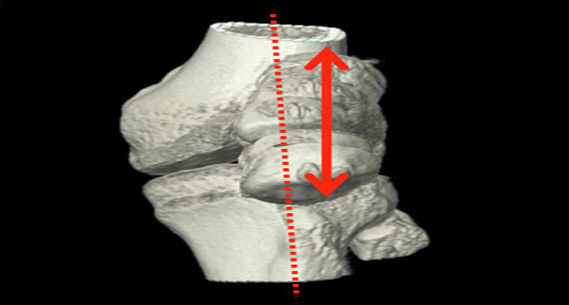 Figure 2b. A lateral maltracking pattern is shown. 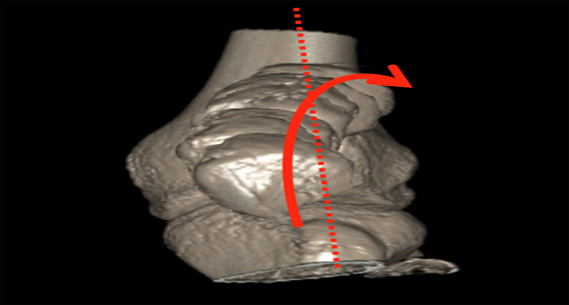 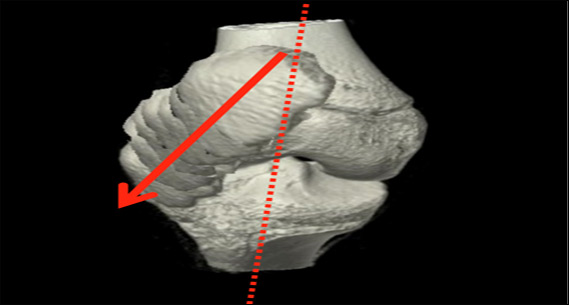 In our study population, the most common pattern of maltracking observed was the J sign and we were able to quantify the J sign using a grading system of 1, 2 and 3 based on maximal lateral patellar translation that occurred in knee extension. Using patellar quadrants of displacement as a guide, we graded the severity of the J sign pattern of maltracking with J1 indicating 1 quadrant of maximal lateral patellar translation in extension; J2 indicating two quadrants; and J3 indicating greater than 3 quadrants. In determining the ability to predict the presence of symptomatic patellar instability, we found that the sensitivity of J1 was 50%; 80% in J2; and 93% in with J3. If a knee had greater than two quadrants (half of its width) of lateral patellar translation in extension, this indicated the presence of patellar instability (p=0.02).

Grading the severity of the J sign is helpful in predicting the likelihood of symptomatic patellar instability. Furthermore, we identified other patterns of maltracking in addition to the traditionally described J sign. Being able to objectively quantify the J sign was identified as an important future goal by an international group of patellofemoral experts at a recent American Orthopaedic Society for Sports Medicine and Patellofemoral Foundation-sponsored workshop in Chicago.

While our previous studies have shown that factors such as tibial tubercle–trochlear groove distance correlate with patellar position on dynamic imaging and may have an influence on maltracking, further studies are needed to identify the relationship between alignment, morphology and tracking patterns. We hope to use this new technology to help translate our research findings for use during routine physical examination, to allow for a universally more consistent assessment of maltracking patterns and a greater understanding of their importance in the diagnosis and treatment of patellar instability.

Miho J. Tanaka, MD, is assistant professor of orthopedic surgery and director of the Women’s Sports Medicine Program at The Johns Hopkins Hospital in Baltimore. Andrew J. Cosgarea, MD, is a professor in the Department of Orthopaedic Surgery at Johns Hopkins University where he is also the director of the Division of Sports Medicine and head team physician. His research interests include knee kinematics and the surgical treatment of recurrent patellar instability.