There are numerous reasons why anterior cruciate ligament reconstructions (ACLRs) fail; however, when they do, patients complain of continued knee instability. At the time of revision surgery, a surgeon must be cognizant of a variety of factors, such as the prior surgical technique performed, prior graft(s) utilized, previous tunnel placement, limb alignment, tunnel osteolysis and any fixation devices that may be implanted. Any of these factors can make revision ACL reconstruction more technically demanding than the index surgery. Surgical planning for revision ACLR is often guided by these factors.

A 32-year-old OR technician underwent an ACLR with a peroneal tendon allograft at an outside facility in 2012 after a traumatic injury to the knee. A year later, the distal tibia screw was removed due to irritation. The patient presented to our clinic complaining of continued instability that had been steadily increasing since his initial surgery. On exam, the knee was without an effusion. The knee had a positive Lachman, pivot shift and anterior drawer. The knee was stable to posterior drawer, as well as to varus and valgus stress at full extension and 30° of flexion. There were no signs of infection.

Radiographs (Figure 1 and Figure 2) revealed medial joint space narrowing, as well as a fixation device deployed in the middle of the lateral femoral condyle where the anatomic femoral tunnel should be. Upon discussion with the device manufacturer, it was found the company does not make a device to extract this implant. 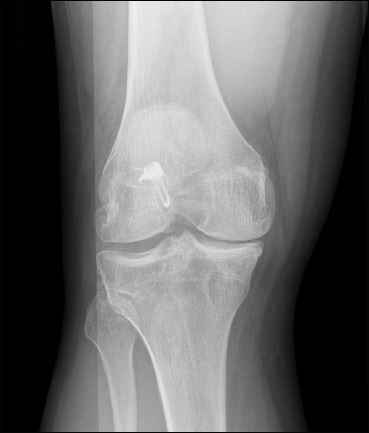 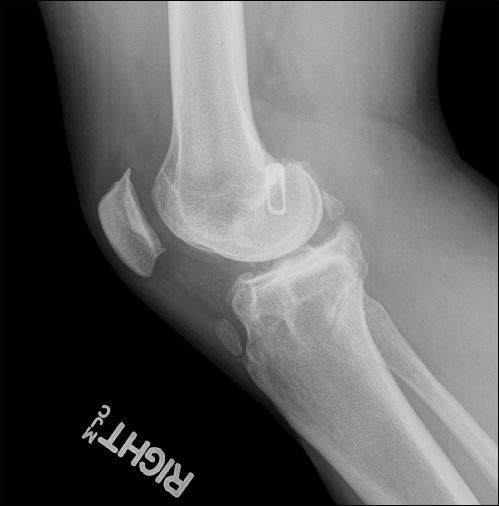 Would you operate on this individual? How would you perform this revision ACLR? If you were going to remove the device, how would you do so? Would you place the new ACL in a nonanatomic location? What graft would you use?

Our course of action

Diagnostic arthroscopy was performed and the ACL was visualized to be ruptured midsubstance (Figure 3). The patient had significant medial compartment chondromalacia. The femoral device was identified when performing a notchplasty (Figure 4). Options considered for device removal were tapping the device out of the bone, which could result in fracture of the condyle, or over reaming the device, which would create a large bone defect necessitating bone grafting and future ACLR. We elected to perform a modified MacIntosh over-the-top technique with hamstring autograft augmented with semitendinosus allograft. 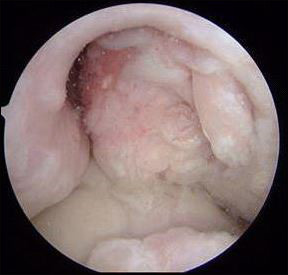 Figure 3. Arthroscopic visualization of the midsubstance ACL tear is shown. 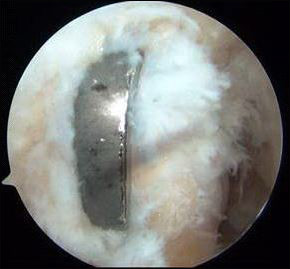 The tibial tunnel was drilled first. A guide was then passed intra-articularly around the posterior lateral femoral condyle and exiting lateral to the femur. A longitudinal incision was made where the device exited at the distal lateral femur and the iliotibial band was splint in line with its fibers. A loop suture was then passed, using the device, around the posterior lateral condyle and then out the tibial tunnel. The graft was brought into the knee through the tibial tunnel and out the posterior lateral aspect of the knee (Figure 5). The graft was secured on the femur using a large fragment screw and washer. The graft was then secured on the tibia with a bioabsorbable interference screw and backed up with a large fragment screw and washer (Figure 6 and Figure 7). 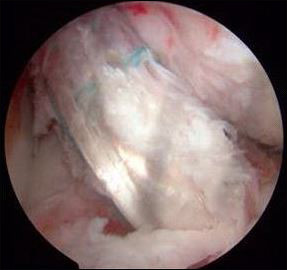 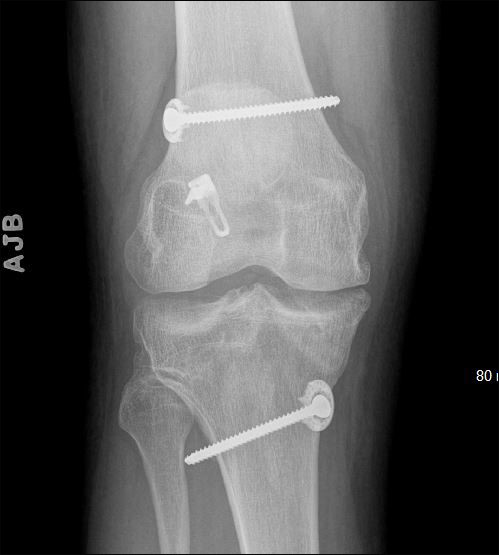 Figure 6. Radiograph of the final construct is shown. 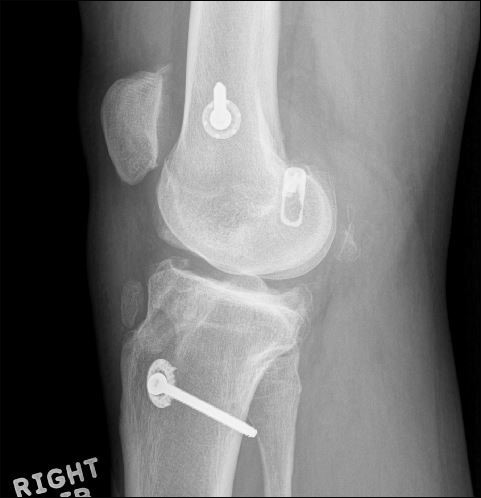 Figure 7. Lateral radiograph of the final construct is shown.

Revision ACLR can pose a variety of surgical challenges. Evaluation of patient risk factors, prior surgical technique, prior tunnel placement, tunnel osteolysis, prior grafts utilized and implanted hardware must be considered prior to performing a revision ACLR case. In addition, the knowledge and ability to perform multiple ACLR surgical techniques is necessary to achieve desired outcomes. The modified MacIntosh over-the-top technique is one procedure that can be used in difficult revision ACLRs. What other techniques would you use?