Hip sonography: A main highlight of the 19th EFORT Congress in Barcelona

An important component of each EFORT Annual Congress is the Erwin Morscher Honorary Lecture, which is held every year as a plenary session on the second day of the meeting. This year, EFORT is pleased to welcome Prof. Reinhard Graf from Graz, Austria to present a summary of his deep experience in hip sonography within the specialty of pediatric orthopaedics.

In the recent years, the use of sonography for the diagnosis of developmental dysplasia of the hip (DDH) in infants gained importance. Today, Graf’s technique is used worldwide to correctly diagnose infant hip dysplasia as sonograms allow the medical interpretation to be reproducible, reliable and independent of the examiner’s experience. The technique is now standardized, and many European countries have set general screening programs for all babies. 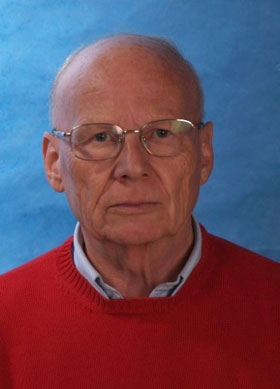 During the initial examination, several angles of the hip anatomy are measured and stability of the hip is assessed. Instability of the hip can be common in newborns as the ligaments get tighter with age, but in a normal-functioning hip, the femoral head rests comfortably in its socket. Further examination with ultrasounds allows the orthopaedist to confirm if DDH is present: The femoral head freely moves within the socket (back and forth) or it might even move out of the socket. The ultrasound machine sends soundwaves through the hip area showing both the bony and cartilaginous parts of the newborn’s hip joint. The Graf method for ultrasound classification of DDH combines both alpha and beta angles, as well as some additional subdivision measurements. Therefore, the main objective of this technique is to recognize possible dysplasia as early as possible and prevent high exposure of the child to radiation.

Graf is now retired from medical practice, but his agenda is fully booked a year ahead. He went back to science to share his orthopaedic knowledge with the younger generation and pass on the skills and experience he acquired during his many years as medical director of the Landeskrankenhaus Stolzalpe. This medical center, which grew with his revolutionary developments of ultrasound examination of the hip in babies, was the platform for an outstanding worldwide accomplishment. Indeed, he is the main author of more than 250 scientific articles in international journals and personally has conducted about 500 training courses on hip sonography throughout Europe and in Australia, Japan, Israel, Palestine, the United States, Canada, Russia, China, Mongolia, South Africa, Jordan, Saudi Arabia, Emirates, Iran, Turkey, Iran, Chile, Iraq and other countries. He has 30 honorary memberships worldwide and countless medals, and has taken part in the writing of about 20 books in different languages.

On top of all his scientific awards and honors, Graf received the Great Honorary Medal for Specific Merits of the Austrian Republic in 2008 and was named honorary citizen of the city Stolzalpe. These recognitions are justified by his huge contribution to the pediatric specialty by the development of his innovative DDH technique in the late 1970s while he was transitioning from a general practitioner to an orthopaedic surgeon. He received his MD degree from the University of Graz in 1971 and, as soon as he started practicing the orthopaedic specialty in the early 1980s, he published his first experiences with the use of ultrasonography in infants’ hips for the early diagnosis of DDH at a time when plain radiography was the gold standard for diagnosing this condition. Ultrasonography can detect several hip problems that clinical and/or radiographic examinations neglect.

Graf will explore the achievements of his well-known technique and all the medical aspects related to it, by focusing in the advantages of early detection and the possibilities for prevention of advanced dysplasia during the childhood.

Take the opportunity to learn about the most widely used DDH screening technique from the developer himself during his plenary session scheduled for our upcoming congress in Barcelona. Attendance at this honorary lecture is included in the full-congress registration. Visit our registration platform as of January 2018 for details and rates.