BLOG: What is focal choroidal excavation?

We have come to the third and final installment in our spontaneous series about outer retinal anomalies found on OCT: focal choroidal excavations.

Like the first two topics (outer retinal bands and outer retinal tubulation), focal choroidal excavations are really only seen with OCT. An astute observer of a focal choroidal excavations would identify something unusual with the retinal pigment epithelium (RPE) on funduscopy, but only with the OCT would one be able to correctly identify what’s happening.

I remember the first time I saw one was about 8 years ago; a resident (more on her later) asked me what it was, and I honestly had no idea. Since then, we’ve learned a bit more about them and even published a case report about them, so I thought this would the perfect opportunity to dive deeper into focal choroidal excavations.

Lee Jampol was the first to describe focal choroidal excavations (FCEs) in the literature when he submitted a case report to Retina, published in 2006 (Jampol et al). In 2003, he took an OCT of an unusual yellow lesion in the patient’s fovea and submitted his findings to a diagnostic image challenge in the journal. You might recall that 2003 was very early in the life of commercially available OCTs. We simply hadn’t seen a lot of conditions with OCT, and we were often discovering new findings. The case report is interesting to read, primarily in my opinion for its honesty by the panel of experts who describe the case as a “baffling OCT that has been previously undescribed” and ask that “we would appreciate any additional thoughts or similar cases from the readership.” Five years later in 2011, Ron Margolis was the first to coin the term “focal choroidal excavation” in an article in Archives of Ophthalmology (Margolis et al). 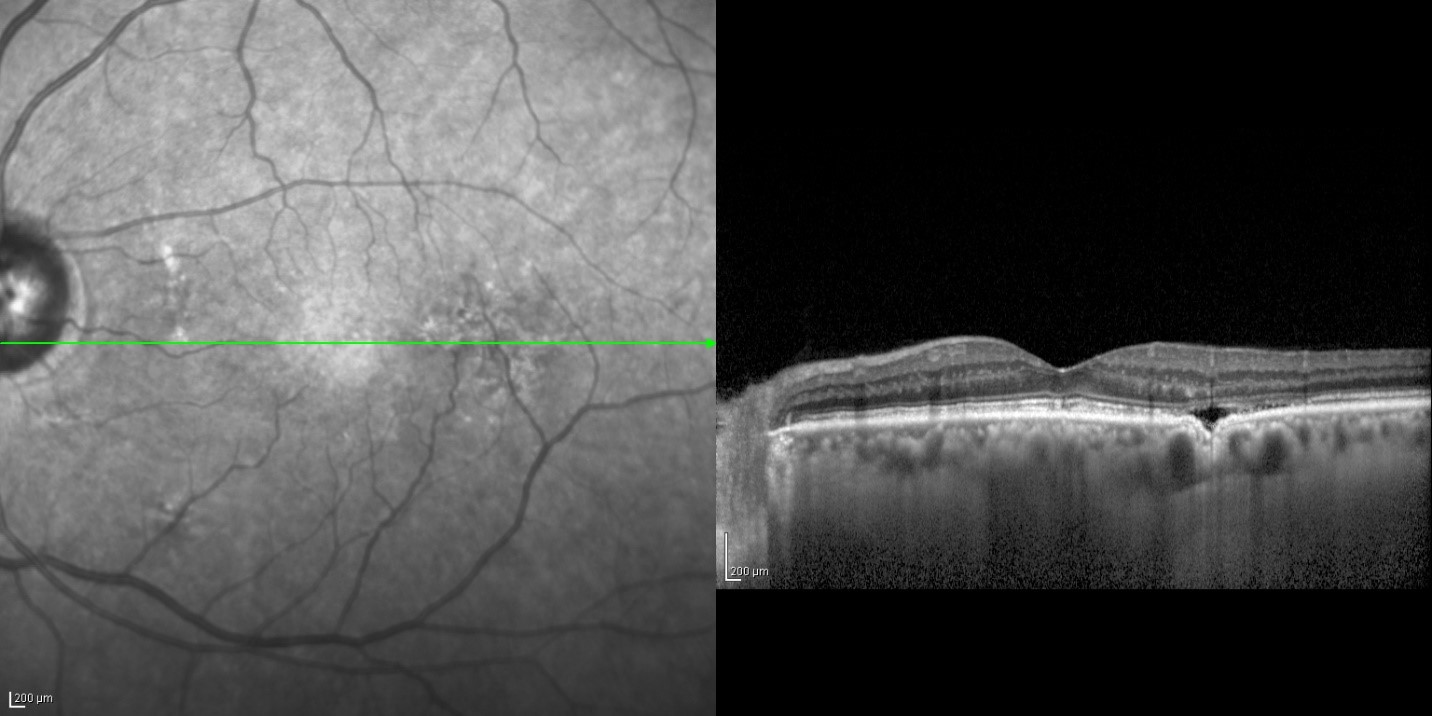 What do FCEs look like? I’ve included in this blog several OCTs of patients I’ve seen with FCEs. In all cases, you see a focal, posterior bowing of the RPE/Bruch’s complex. In some cases, the bands of the outer retina fall back with the RPE, and in other cases they remain relatively flat in their typical position. These two variants are described in the literature as conforming FCE (when the retina falls posteriorly with the RPE and there is no gap) and nonconforming FCE (when the retina stays flat and there is separation from the photoreceptors and RPE). A patient typically does not shift from one variant to the other, but it can occasionally happen.

Sandra Kou (the resident previously mentioned who originally asked me about the first FCE I ever saw) published her case report in 2015, which was the first in the literature to show serial OCTs of a patient with FCE progressing from a conforming-type to a nonconforming-type (Kou, et al.). The accompanying image shows the patient in the nonconforming stage. Incidentally, since this article was published, the patient has converted back and forth several more times.

FCEs have been found to be associated with almost any choroidal disease, but in my experience — and in the literature — the most commonly linked conditions are central serous chorioretinopathy (CSCR) and choroidal neovascular membrane (Chung et al.). My cases shown here are due to CSCR.

So, what’s the pathophysiology of this excavation? What’s the common link with some choroidal diseases causing some (but not many) patients to get FCEs? It certainly has something to do with choroidal inflammation, and Hashimoto presents the best explanation that I’ve read (Hashimoto et al). In his 2014 paper, he postulates that choroidal inflammation can cause the choriocapillaris to adhere to the RPE and could occasionally cause fibrotic lesions in the deeper choroid. As the inflammation calms, contraction of these deep lesions pulls the overlying RPE backward. If the inflammation was enough to adhere the photoreceptors to the RPE as well, then it would be a conforming type. 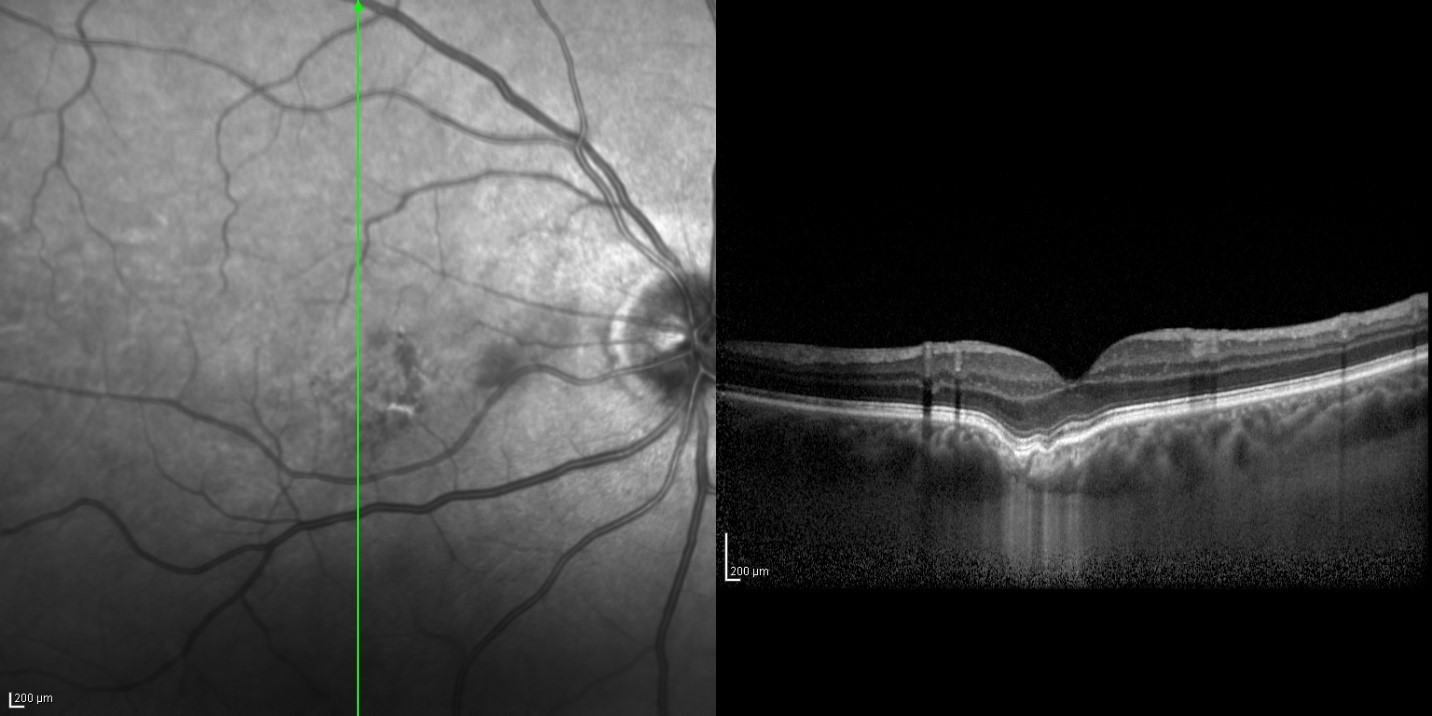 I guess the main takeaway from this is to try to use your OCT more. If you see an irregular pigment clump in the posterior pole, don’t write it off — take an OCT. You might just find an FCE, and that might help you make the diagnosis of central serous that you otherwise may have missed.