During the last weekend in June, I attended the 2015 New York Blue Light Symposium. As I walked across Times Square toward the hotel entrance, winding my way between the crowds of tourists taking pictures of the urban firestorm of LED billboards on their brightly backlit smartphones, I was struck by the perverse perfection of the choice of venue for an academic discussion on the emerging science of blue light.

The event was an unintentionally well-kept secret from most of the optometric community; however, as I learned over the course of 2 days of discussion and discovery, this was mainly due to the fact that much of the academic research on blue light has so far been the domain of other medical disciplines. 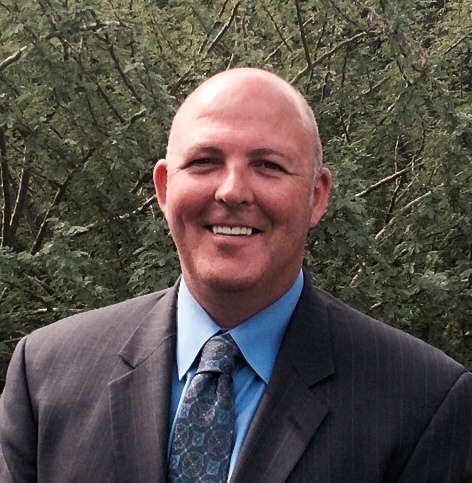 The speakers and attendees of the conference came from a diverse variety of backgrounds, including ophthalmology, oncology, chronobiology, industrial lighting design, computer science, environmental science, public health and local government. This breadth of scientific and academic perspective was focused on the topic of blue light and its potential to cause harm to human health and well-being.

The opening remarks were delivered by the symposium chairman, Kazuo Tsubota, MD, who has been instrumental in researching the impacts of blue light exposure at the Keio University School of Medicine’s Department of Ophthalmology. During Dr. Tsubota’s introduction, he explained how we might consider the human eye as both a camera and a clock, emphasizing that when it comes to the impacts of blue light we have three potential categories to consider: visual performance, retinal damage and circadian rhythm disruption.

These three themes will already be familiar to anyone who has attended a blue light CE lecture or followed the regular articles in this blog by Dr. Gary Morgan. However, there were a few critical differences with how these topics were addressed in the series of lectures at the Blue Light Symposium: the lectures were delivered by scientists who have spent their entire careers exploring their individual fields of research in great depth and detail. They shared a level of knowledge that gave the audience a glimpse into the well of scientific understanding and discovery that is shaping the academic conversation on blue light.

The keynote address was delivered by Prof. Richard G. Stevens, a cancer epidemiologist at the University of Connecticut Health Center. He discussed the importance of the American Medical Association Policy Statement, which saed that “nighttime lighting is harmful to human health and has potential carcinogenic effects.” This policy statement from the largest association of physicians in the U.S. is increasingly supported by what Stevens calls an “accumulation of human evidence,” particularly with regard to the role that circadian rhythm disruption from nighttime lighting may play in the development of breast cancer. Additional presentation topics included retinal photo-damage, migraine and photophobia, dry eye, and digital eye strain.

Listening to the presentations and the open forum discussions that followed, I was most impressed by the way the academic researchers in the room engaged with the audience, making clear assertions on subjects supported by scientific evidence and gently rebuking questions that veered towards the fringes of the topic. It became increasingly clear that the scientists in the room shared an informed concern for the potential implications of blue light exposure; however, they all exercised considerable care not to overstate or speculate – the scientific facts provided more than enough cause for concern.

As I witnessed the discipline with which factual information and studies were presented, I couldn’t help but consider how the topic of blue light is currently being discussed in the optometric community. It seems that we have two parallel conversations taking place at the moment: the first between product manufacturers and eye care providers and the second between providers and their patients. The conversation between doctor and patient is guided by the tenets of the optometric oath; however the flow of information between product manufacturers and eye care providers should not be considered any less sacred, particularly since it currently has considerable potential to shape the patient interaction.

As the discussions on Saturday continued late into the night, I felt as if I was starting to see a vibrant collage being created, a variety of scientific subjects, each with their own color and texture, being drawn together by the force of a dawning realization that they were all working within the same frame. As connecting lines were drawn and dots were joined over the course of 2 days I began to see the full opportunity that is being shaped for optometry. The variety and diversity of scientific disciplines engaging on blue light represents a formidable palette of knowledge, but optometry is the canvas to bring all of these elements together. It is the local eye doctor who has the unique opportunity to present the complete picture to the patient.

As I left the conference on Saturday evening the gloom of a summer thunderstorm was pierced directly overhead by a recently installed record-breaking digital billboard – eight stories high and spanning an entire city block between 45th and 46th streets on Broadway. The billboard was utilizing all 25 million of its LEDs to advertise the high resolution screen of a new smartphone. It made me stop and wonder if this blue light conversation might actually be bigger than we first thought. – by Alan Burt

Disclosure: Alan Burt is a senior product manager with the VSP Optics Group, managing the Sharper Image product line. For the last 3 years Alan has been exploring the field of blue light and joined VSP at the end of 2014 with the hopes of sharing the science of blue light with a wider audience and creating products that will help protect patients from this emerging threat to vision and health.