Eye proves to be a key component of effective concussion diagnosis, treatment

The eye and the visual system have become a focus in methods to assess, diagnose, treat and manage concussions, and continued research has demonstrated that these methods are effective.

“At least 55% of the brain is related to the eye,” Steve Devick, OD, said in an interview with Primary Care Optometry News. “The visual pathways are so widespread in the brain that they are very likely to be affected by concussion.”

Devick, cofounder and CEO of King-Devick Test, which was recently named the King-Devick Test in Association With the Mayo Clinic when used for concussion screening, explained that while visual acuity is not typically affected with concussion, other elements of the visual system often experience dysfunction.

Scott A. Edmonds, OD, FAAO, a PCON Editorial Board member, detailed the impairments that he sees as co-director of the Low Vision/Contact Lens Service at Wills Eye Institute.

“The eye itself is not a significant part of concussions, but rather the coordination of the eyes,” he said in an interview with PCON. “Depending on the level of the concussion, four basic visual systems can be affected. In concussion patients, saccadic eye movement, a key eye movement for reading, is commonly impaired. Smooth pursuit or following an object, accommodation and convergence can also be affected.”

The Centers for Disease Control and Prevention has estimated that an average of 1.4 million traumatic brain injuries (TBIs) occur each year, but has acknowledged that many concussions and TBIs go unreported. 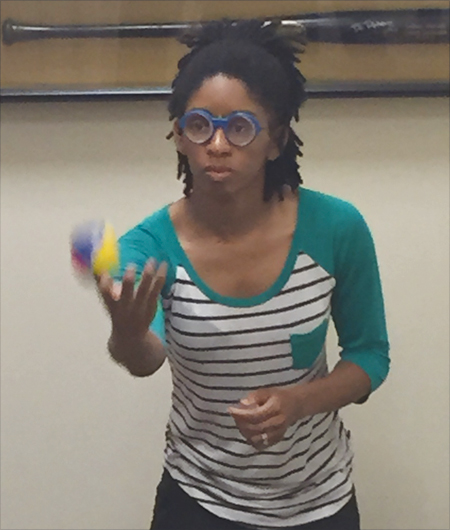 “Concussion is a condition that has been plagued by the lack of an objective diagnostic tool, which, in turn, has helped drive confusion and fears among those affected and their families,” Uzma Samadani, MD, PhD, assistant professor in the departments of neurosurgery, psychiatry, neuroscience and physiology at NYU Langone, said in a press release. “Our new eye-tracking methodology may be the missing piece to help better diagnose concussion severity, enable testing of diagnostics and therapeutics, and help assess recovery, such as when a patient can safely return to work following a head injury.”

Samadani and colleagues published a study about the eye-tracking device in the Journal of Neurotrauma earlier this year. They developed a novel eye movement tracking algorithm to assess its efficacy in identifying the disconjugate gaze associated with concussion and structural brain injury.

As detailed in the study, researchers conducted a prospective study of 64 healthy noninjured control subjects and 75 trauma patients who were between the ages of 18 and 60 years.

Researchers tracked and compared the coordinates of the participants’ pupils as they watched a video. That tracking data was then compared to Sport Concussion Assessment Tool – 3rd Edition (SCAT3) measurements and, if applicable, CT results.

Results showed that the severity of disconjugacy was correlated with the severity of concussive symptoms in all trauma patients. Additionally, trauma patients who had hit their heads and had CT scans that showed new brain damage or had normal CT scans showed significantly greater oculomotor disruption than the control subjects.

“Concussion is a condition that has been plagued by lack of clear definition and diagnostic,” the authors concluded. “Establishment of eye tracking as an objective measure would enable testing of prophylactic devices for concussion (e.g., helmets) as well as of therapeutics. It would potentially enable informed decision making regarding return to baseline activity or sport play. In conjunction with devices such as accelerometers and other helmet sensors, eye tracking could be used to identify which impacts render the most disruptive blows and, thus, should be eliminated by ruling.”

They continued: “The additional significance of this work is its establishment of the utility of non-spatially calibrated eye tracking. Spatial calibration not only requires consistent anatomic function and relative neuro-integrity, but also may mask minor deficits. Concussion may be the first of several neurologic disorders for which eye tracking will be the preferred diagnostic.”

The King-Devick Test in Association With the Mayo Clinic measures saccadic eye movements to determine brain injuries. It is designed as a remove-from-play test that evaluates athletes by their rapid number naming and eye movement performances.

Devick told PCON that the test has proved successful in identifying concussions in various types of athletes and is not affected by exhaustion. More than 40 peer-reviewed articles have been published in neurology journals relative to the effectiveness of King-Devick test as a quick and accurate sideline screening tool for concussions, he said.

A study recently published in the Journal of Neuro-Ophthalmology found success with the King-Devick test.

Steve Galetta, MD, chairman at NYU Langone’s department of neurology, and colleagues conducted a prospective study of youth and collegiate athletes utilizing the King-Devick test, as well as the Standardized Assessment of Concussion (SAC) and a tandem gait test. The study included 89 collegiate athletes and 243 youth athletes. The participants ranged in age from 5 to 23 years old.

As detailed in the study, all athletes underwent preseason baseline testing. During the season, if a concussion was suspected, athletes were tested on the sidelines, and nonconcussed athletes were also tested under the same conditions to serve as control participants.

The King-Devick test being performed on an iPad, the most commonly used format, Devick said.

“Results of this investigation demonstrate that adding a rapid simple vision-based performance measure to cognitive and balance tests enhances the detection capabilities of current sideline assessments for concussion,” Galetta and colleagues wrote. “Because rapid number naming captures visual function, K-D is a useful tool to aid in the diagnosis of concussed athletes at all levels of sport.”

They continued: “Use of a measure that requires saccadic eye movements is particularly effective for several reasons. Studies have shown that patients with impaired saccades post-concussion have both cortical and subcortical deficits. These deficits correlate with worse scores for quality of life assessments. Saccadic eye movements require relay of information throughout the brain, including frontal eye fields, supplementary eye fields, dorsolateral prefrontal cortex, intraparietal sulcus and deeper structures of the brainstem. Eye movement testing enables the analysis of a number of circuits throughout the brain including visual-spatial integration, motor planning, attention, motivation and spatial organization. The wide distribution of neuronal networks required for saccades thus makes a vision-based sideline screening test particularly effective.”

Michael A. Peters, OD, along with a colleague, published a vision concussion protocol this spring in Optometry and Vision Performance.

Peters told PCON in an interview that the Peters/Price (See to Play) Vision Concussion Protocol was developed when, as the eye doctor for the Carolina Hurricanes, he began seeing more frequent vision concussions.

“There was no protocol on how to diagnose or treat the problem,” he said. “We started forming a protocol in 2008 to make something that we could recreate and something that every eye doctor could reproduce.”

The protocol utilizes 10 stages that involve prisms and prism glasses as well as catching and throwing a ball, Peters explained. The tests will identify whether a patient has a visual concussion, but a patient with a concussion and without visual symptoms can pass the tests.

Peters and colleagues conducted a retrospective study to identify treatment trends. Specifically, the researchers assessed how many of their cases had a visual component, any changes in refractive state, if there was a resolution with new glasses, which patients needed vision therapy and the amount of time patients needed to return to play.

“These weren’t just hockey players,” Peters told PCON. “There were also 8-year-olds that fell off of skateboards, soccer players, volleyball players and even some 50-year-olds who were in car crashes. We started this for athletes, but it actually benefits everyone.”

Results showed that of the 137 concussion patients, 120 displayed visual components. Of those patients, 37 experienced symptom resolution with a new glasses prescription, while 73 needed vision therapy.

“On average, patients were able to return to play in about 6 weeks with vision exercises, while with no exercises, it took about 12 weeks,” Peters said.

He also explained that the protocol only heals the visual system; patients need to return to their concussion doctors to complete the rest of their rehabilitation.

“Our main goal is that we’re hoping to get more optometrists involved,” he said. “People travel here from all over the nation because this is being overlooked. It’s something that optometrists are trained to be aware of already. Our protocol is free online, so anyone can access it, and it doesn’t involve expensive equipment.”

He continued: “People are using it already in the U.S. and in Canada, and we’re getting great feedback. They are amazed at how well things are going. It is great for primary care optometrists, and they can even teach their techs so that they can just supervise the patients.”

Our sources agreed that there is ample opportunity for optometrists to become involved in concussion management.

“Optometry is spreading into a new area with concussion patients,” Edmonds shared. “It’s a huge field for expansion.”

A poll on Healio.com/Optometry revealed that nearly 72% of optometrists do not manage concussion patients in any way.

“Optometrists have a potentially important role in managing concussions,” Devick explained. “They can help local teams by incorporating baseline testing into their practice and they can teach their staff to do the test, since anyone can administer it.”

He concluded: “It will be a significant part of what’s happening in optometrists’ offices if they want to get involved, and of course I think they all should.” – by Chelsea Frajerman Pardes