Determining the IOL position helps to refine the spherical refractive outcome, and factoring in corneal astigmatism can result in a lower cylindrical error.

Due in part to the physics of optics, mathematics plays a significant role in planning cataract surgery. Understanding the position of the IOL within the eye helps to refine the spherical refractive outcome of the surgery, while analysis and treatment of the corneal astigmatism can result in a lower cylindrical refractive error.

Jack T. Holladay, MD, MSEE, has done much of the pioneering work for IOL calculations in cataract surgery. Among the biggest challenges is determining exactly where in the eye the IOL will sit after cataract surgery. In my last column, I explained that if the same IOL power is placed in a more anterior position in the eye, there will be a more myopic result. Using the Holladay schema, we can see that with a combination of different axial lengths and anterior segment sizes, there are effectively nine different types of eyes that we need to consider for our lens power calculations (Figure 1). While the more common third-generation lens formulae (Holladay 1, SRK-T and Hoffer Q) work well with normal eyes, the Holladay 2 calculation tends to be more accurate across a broad range of eyes. 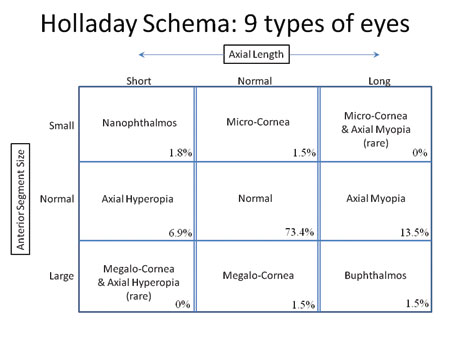 Figure 1. Jack T. Holladay, MD, MSEE, has noted that axial length does not necessarily correlate to the size of the anterior segment, which can result in less accuracy with lens power calculations due to difficulty in determining the effective lens position. The percentage in each cell indicates the percentage of eyes in his study that had those dimensions.

Due to the confusion regarding ACD, Holladay proposed using the term “effective lens position” instead, and his initial formula, the Holladay 1 equation, uses SF, which stands for surgeon factor. The SRK-T formula uses the term “A-constant” in reference to the effective lens position. Thus ACD, SF and A-constant all measure the same thing, and we can convert between them using simple equations (Figure 2). 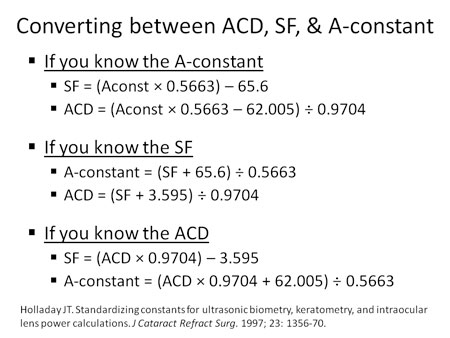 Figure 2. The A-constant, SF (surgeon factor) and ACD (IOL anterior chamber depth) all reflect the effective lens position of the IOL. We can convert between these units using the simple equations published by Holladay.

The lens formulae calculate the IOL power for a given postoperative refractive goal. It is important to remember that this is the spherical equivalent of that goal. If the patient has 2 D of corneal astigmatism steep at 90°, then the predicted power of plano with a specific spherical IOL is really –1.00 +2.00 × 90°, which can also be represented as +1.00 –2.00 × 180° (Figure 3). 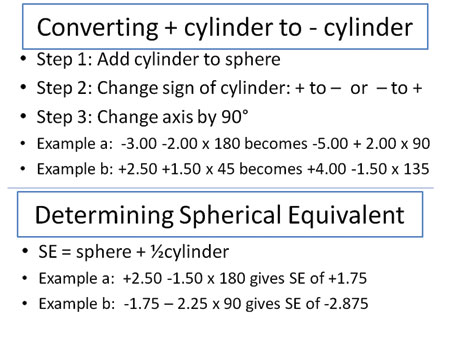 If we know the preop keratometry, postop keratometry and position of the incision, we can use vector math to determine the SIA of the incision. Warren Hill, MD, has an excellent guide as well as an online SIA calculator that will do the mathematical calculations for you at www.doctor-hill.com, and ophthalmologists can input data from their own cases. Once the SIA is known, we can incorporate that into our surgical planning for corneal relaxing incisions or toric IOLs.

By taking into consideration the individual ocular anatomy, converting values for effective lens position to the appropriate units for our formulae and factoring in the corneal astigmatism, we can produce more accurate postop refractive results for our patients.