Awareness of diabetic retinopathy largely lacking in those with the disease

Risk factors associated with severe disease include high levels of glycated hemoglobin and duration of diabetes.

The majority of people with diabetic retinopathy are unaware that their condition adversely impacts their eyes, although major risk factors for severe disease have been identified, according to one investigator.

“We found that 70% of patients with diabetic retinopathy were not aware that diabetes had affected their eyes, whereas 62% reported not having visited a diabetes specialist in the past year,” Rohit Varma, MD, MPH, professor and chairman, Illinois Eye and Ear Infirmary, UIC Department of Ophthalmology and Visual Sciences, Chicago, told Ocular Surgery News. Furthermore, one-third of these respondents had not received an eye examination within the last year, Varma said of the study presented at the Scientific Sessions of the American Diabetes Association.

“There is a huge burden of undetected eye disease in the diabetic population,” Varma, the study’s principal investigator, said. “We thought that our study would show only about a 50% unawareness of diabetic retinopathy.”

Varma and colleagues analyzed data from the National Health and Nutrition Survey (NHANES) conducted by the National Center for Health Statistics Centers for Disease Control and Prevention, for the years 2005 to 2008. In the NHANES survey, each of the more than 1,200 diabetic respondents filled out a questionnaire and underwent a retinal exam. In total, 286 people were found to have diabetic retinopathy upon examination. 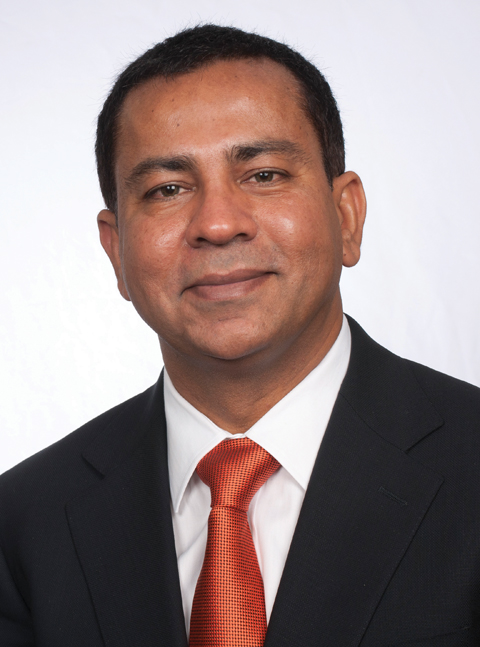 Rohit Varma, MD, MPH, expected about half of patients to be unaware that diabetes had affected their eyes; instead, the percentage was significantly higher.

“We wanted to know if people who have diabetes are aware that diabetes affects the eyes and of the importance of a yearly eye exam, which includes looking into the back of the eye to ensure that the retina is not impacted by diabetes,” Varma said.

The survey also showed Hispanic diabetic patients were less likely than non-Hispanic whites to be aware that their eyes had been affected.

“This is important because Hispanics have a much higher prevalence of diabetes and the Hispanic population is growing in the United States,” Varma said.

Varma advocates that ophthalmologists educate their fellow primary care practitioners, endocrinologists and diabetes specialists about the need for diabetic patients to be referred for annual eye exams.

“That is the best way to detect diabetic retinopathy early,” he said. “With early detection, we have very good ways of preventing visual loss from diabetes in the eye.”

Uninsured patients were less likely than insured patients to undergo an eye exam. This gap, however, should be narrowed as more people become insured, he said, in light of ongoing national health care reform.

Once diabetes is diagnosed, the next step is to identify the patients in whom diabetic retinopathy is more likely to develop.

“By identifying which groups of patients are most at risk, we can encourage those groups in particular to schedule an eye exam,” Varma said.

Again, using the NHANES data for the same time period, another study presented at the meeting found two major risk factors for diabetic retinopathy severity: high levels of glycosylated hemoglobin (HbA1c), which is a measure of diabetes control, and duration of diabetes.

“Those people who had poor control of their blood glucose were more likely to develop diabetic retinopathy,” Varma said. “For every percentage higher in the value of HbA1c, there is a 25% higher risk of having more severe diabetic retinopathy as compared to those who have a lower level of HbA1c.”

Likewise, diabetic retinopathy was more likely to develop in people with longer duration of diabetes.

“None of the risk factors particularly surprise me. This is what was expected,” Varma said. “However, I think the data on non-Hispanic blacks is unique and worth paying careful attention to.”

Increasing duration of diabetes was also associated with increased risk for cardiovascular disease and kidney disease.

“There is going to be an even greater number of people developing diabetes; hence, there will be a greater number of people who will develop diabetic eye disease, which will cause vision loss over time,” Varma said. “Looking forward, this is an even more important problem that we need to address now. People who are at high risk for developing diabetic retinopathy require eye exams and care early in the disease process so we can prevent them from losing vision.”

Varma said diabetic retinopathy has a major impact on the patient’s own quality of life.

“It is also a huge societal burden, both on the families of the patients and as a financial cost to the health care system,” he said. – by Bob Kronemyer