Disclosures: Sorensen reports an equity interest and being on the Scientific Advisory Board of SonoMotion Inc., which has licensed this technology from the University of Washington for commercialization.

Q&A: Ultrasound waves may be the future of kidney stone treatment

A new technology may allow physicians to use ultrasound waves to push kidney stones out of a patient’s body after treatment, including patients who may be in space.

A team of researchers at the Kidney Stone Center at UW Medical Center – Northwest have caught the attention of NASA for their innovative technologies. Currently, a clinical trial is being held to determine how ultrasound waves can move small fragments of a kidney stone left over from surgery into the ureter for natural passing. 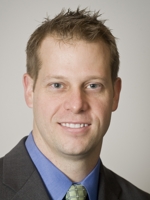 Healio interviewed Mathew Sorensen, MD, MS, FACS, urology residency program director at the University of Washington School of Medicine, about the progress of the trial.

Healio Nephrology: Currently, there is nothing like the ultrasound system your team is creating. Can you describe the system and technique?

Sorensen: The technology that we have is ultrasound based, and it's entirely noninvasive. There's nothing that goes inside the body. Over the last 10 years, we have moved from the bench top to humans. Essentially, it is a special ultrasound transducer that allows us to image and deliver ultrasound energy focused on the stone fragments, and then that energy pushes the stone or the fragments away from the transducer. We think about it like playing pool or billiards where we line up the fragments on the ultrasound and they get pushed away. The way the energy gets delivered is over a couple seconds and we call it a “leaf blower” because it's like a sweep of energy that has a broader focus to it. In an earlier design, it was more of a flick. We found that the fragments went everywhere, whereas with the leaf blower, it's a softer, gentler and prolonged. The fragments, especially those in the bottom of the kidney, struggle to clear because the exit for the urine and for stones from the kidney is more in the middle and so the stone fragments settle on the bottom. To clear naturally, they would have to go against gravity, uphill, to get out of the kidney and to get into the ureter. These retained fragments leftover after treatment are at risk to grow into new stones and lead to future events or surgeries. The hope is that by clearing some of the fragments out, that'll be less likely. We are following patients for a couple of years after they enter into the study. When we push those fragments with the ultrasound toward the exit, hopefully they will have fewer future events.

Healio Nephrology: Are there any adverse events that you and your team are concerned about?

Sorensen: For this study, we were purposeful in picking fragments after stone treatment because we know that they're small. We have not had any acute stone events as a result of the procedure. There might be a place for this technology to just push a small stone that hasn't been treated to try to get it to clear before it gets bigger. If it was too big, it could provoke a stone event. We would need to prepare a patient for that possibility. But in this study, focusing on fragments after stone treatment, it’s been well tolerated without anesthesia, without discomfort. The safety profile has been good. Our hope is that this study will be one of the last steps to submit for FDA approval, and so it’s a selected group.

Healio Nephrology: What does the timeline to FDA approval look like for this procedure?

Sorensen: It depends on the recruitment for the study, but our hope is that the final patients will be recruited over the next couple months. They will have the procedure, then follow-up imaging. Hopefully sometime in the middle of 2022, we will submit for approval to the FDA. Hopefully sometime next year, we will get approval so that it can be used by clinicians.

Healio Nephrology: NASA has expressed interest in this trial. How does their involvement affect the trial?

Sorensen: NASA has been a good friend to us. Kidney stones are considered one of risks of a prolonged time in space due to the weightless environment. For example, if there is to be a manned mission to Mars, kidney stone formation could be disastrous. Our hope is that this technology could serve as a potential countermeasure. So, NASA has been interested in our technology because its ultrasound-based, compact and effective. The idea that you could identify a stone with ultrasound, and if it did lead to an event, you could push it back into the kidney to relieve blockage and pain, even if you had to do that repeatedly until you could address the stone later, would be beneficial to NASA.

Healio Nephrology: Have you been surprised by anything in your findings?

Sorensen: We have been surprised in many ways. First, COVID-19 made recruitment challenging. We had to shut everything down for an extended period of time because of COVID-19. We expected the study to be completed by now. Also, the emotional engagement of the patients and the research team has been more than I expected. As it is a randomized study, half of the patients go into the control group and they don't get pushed and every single time, the patients and our team are disappointed. They all want to have the treatment.

Healio Nephrology: Is there anything you’d like to add?

Sorensen: I feel so lucky to work with the research group that we have. All of the team members are awesome. Everybody is invested, and everybody pulls their weight. They all bring tremendous expertise in their various areas. It's such a pleasure to work with that group. This technology has been something we've been working on for years. There isn't anything else like it. The process of getting it approved has been extensive and involved and there have been other kidney stone experts who have given us pieces of advice along the way and pieces of encouragement at meetings and such. That sort of community is rewarding and valuable for us.

Mathew Sorensen, MD, MS, FACS, can be reached through the University of Washington. For media, contact Barbara A. Clements at bac60@uw.edu.