Higher levels of a signaling glycoprotein were associated with acute kidney injury in patients who underwent coronary angiography or cardiac surgery, according to study results.

In a press release, primary investigator Salim S. Hayek, MD, of the University of Michigan, said, “[Soluble urokinase plasminogen activator receptor] suPAR reflects a process that physicians are unable to account for in traditional assessments of kidney disease. We believe this protein acts as the link between inflammation and kidney disease, both chronic and acute.”

Writing that AKI most commonly occurs in critically ill patients or in those with cardiovascular disease — as members of these populations are at increased risk due to older age, coexisting conditions and greater likelihood of undergoing medical procedures that affect the kidneys — Hayek and colleagues wanted to explore new therapeutic targets that could be used in preventive strategies. 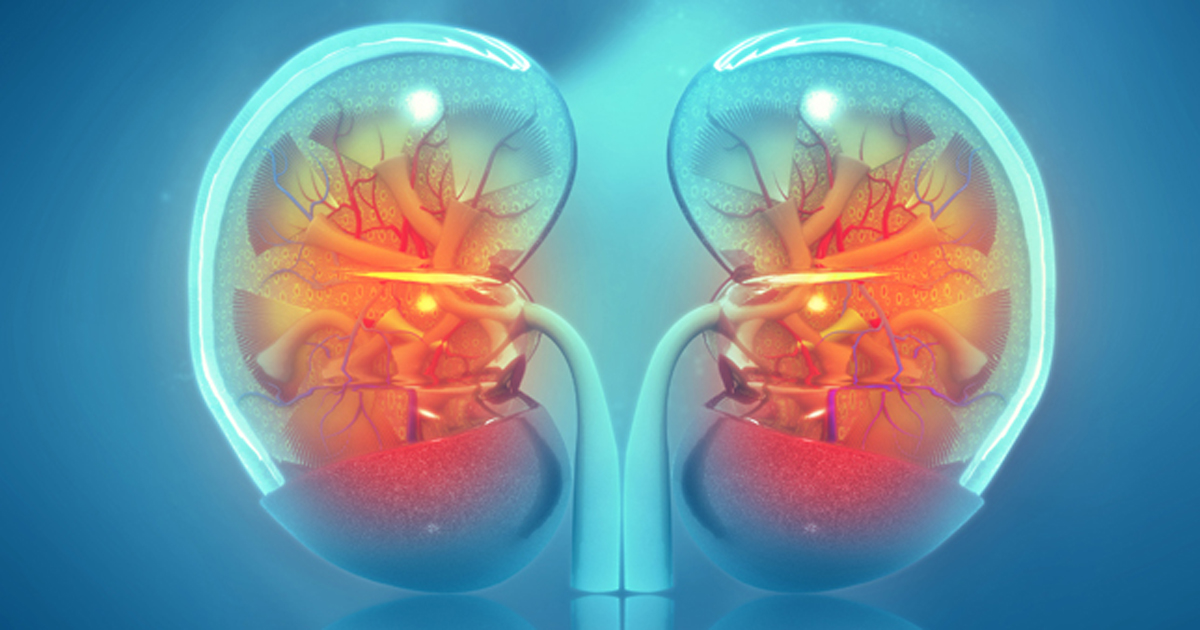 “This measure could be employed to figure out who’s at the highest risk of disease progression or of kidney-related procedural complications, which is currently difficult to determine in clinical practice,” Hayek said in the press release. “Now that we have extensive data on a role for suPAR in causing kidney disease, we can envision using suPAR-reducing therapies in patients at risk of both chronic and acute kidney disease.”

He added, “After decades with little progress in the management of kidney disease, we have on our hands a promising new target to prevent acute kidney injury.” – by Melissa J. Webb

The new findings from Hayek et al lead to the growing body of evidence surrounding the predictive ability of soluble urokinase plasminogen activator receptor (suPAR) and kidney disease, although this particular study further investigates the understudied relationship between suPAR and acute kidney injury. Previous studies by this group and others have shown an association between the prognostic ability of suPAR to predict the development of incident chronic kidney disease, and also is associated with more rapid progression of CKD. In this study, the authors found that higher suPAR levels were consistently associated with increased risk for subsequent AKI events in three different cohorts of high-risk adult patients undergoing coronary angiography, cardiac surgery and adults in intensive care unit with critical illness.

Of particular importance is the fact that suPAR levels were obtained pre-procedure, which differs from other investigational AKI biomarkers such as neutrophil gelatinase-associated lipocalin and kidney injury molecule 1 in which levels increase only after injury has already occurred. Perhaps suPAR may one day allow improved risk stratification for AKI in high-risk cohorts beyond our traditional risk factors. The investigators also shed further understanding into potential mechanisms of disease, using transgenic mouse models over-expressing suPAR and found that they could attenuate the deleterious effects of an experimental contrast nephropathy mouse model of AKI through the use of a targeted monoclonal antibody to suPAR. Finally, the investigators determined further mechanistic insights of disease by showing that suPAR may be mediating its effects through the proximal tubule by leading to increased superoxide generation which can lead to oxidative stress.

What is perhaps most notable about this tantalizing study is the early experimental evidence using a targeted monoclonal antibody that may one day serve as a possible therapeutic target. This is sorely needed in the current era of stagnant research progress in the field of AKI, which has mainly shown disappointing potential therapeutic interventions such as acetylcysteine, sodium bicarbonate and saline hydration. This important work also adds novel insights into the growing awareness of the continuum of acute kidney injury to chronic kidney disease.