While the implementation of a nurse-led program to manage chronic kidney disease in a primary care setting did not slow disease progression, it did improve quality of care and help patients achieve target blood pressures, according to a published study.

“Many clinicians in primary care remain uncomfortable with the concept of CKD and find this area of patient management challenging, difficult and of debatable benefit,” Rupert W. Major, PhD, of the department of nephrology at University Hospitals of Leicester National Health Service Trust in the United Kingdom, and colleagues wrote. “Although most patients with CKD are managed in the primary care setting, the evidence base for CKD care in general practice is scant, and it is not clear whether specific CKD management programs can alter outcomes in primary care.”

To determine the impact of such a program, researchers conducted the Primary-Secondary Care Partnership to Improve Outcomes in Chronic Kidney Disease study, which was a cluster randomized trial of 46 primary care general practices (23,357 total patients with CKD stages 3 to 5).

A software program, designed specifically for the study, was used to provide practices with patient-related demographic (eg, age, ethnicity, past medical history, smoking history, BMI and CKD-relevant medication history) and biomedical data (eg, blood pressure records, blood biochemistry and hematology results and urine results related to proteinuria). The program was run at the start of the study and at 6-month intervals. 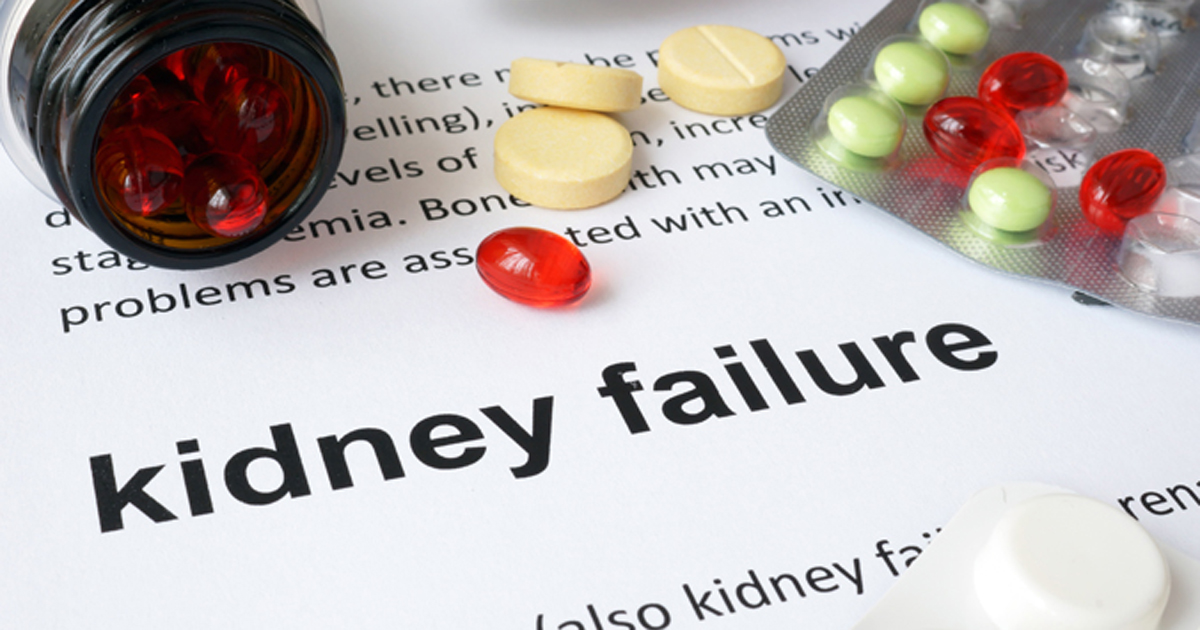 “Although most patients with CKD are managed in the primary care setting, the evidence base for CKD care in general practice is scant, and it is not clear whether specific CKD management programs can alter outcomes in primary care.”
Source: Adobe Stock

Practices were assigned to either intervention or control. Both groups had access to the software, but the intervention included a CKD nurse practitioner to support a clinical lead (a doctor or nurse) in both interpreting the data file and developing guideline-based patient-level CKD management interventions.

Greater improvements in CKD- and proteinuria-related coding were also seen in the intervention group vs. usual care.

“This study is the largest study to evaluate the outcomes of nurse practitioner-led targeted CKD management in primary care,” the researchers wrote. “The results indicate that the intervention did not protect renal function but it did have a significant positive and potentially cost-effective benefit on several important process measures and quality indicators of CKD care.” – by Melissa J. Webb

The role of advanced practitioners (APs) in nephrology, whether nurse practitioners, physicians’ assistants or clinical nurse specialists, is well accepted in the United States and continues to evolve with expanding opportunities in the settings of the dialysis unit as well as inpatient and outpatient care.  Could the role of nephrology APs be further expanded to aid in bridging the gap between the primary and nephrology settings regarding CKD care?

Conducted in the United Kingdom, the Primary-Secondary Care Partnership to Improve Outcomes in Chronic Kidney Disease (PSP-CKD) study is suggestive such a role could be beneficial.  The PSP-CKD is the largest study of its kind assessing the effects of a nurse practitioner (NP)-led targeted CKD program with nephrology support as needed in the primary care setting.

While there was not a significant difference between the groups in regard to delaying renal disease progression over 3.5 years, it is worthwhile to note the baseline characteristics of the two groups. Both groups had similar urine protein/creatinine ratios and urine albumin: creatinine ratios, which were at or slightly above goal.  The control group had a mean age of 75.4 years; 76.3% were stage 3a with mean BPs of 134.9/74.9.  For the intervention group, the mean age was 75.1 years, 77.1% were stage 3a with mean BPs of 133.6/74.7. This is a population where one would expect a slow yearly decrease in renal function, which was reflected in the study’s findings.

This does not mean efforts to improve CKD care in the primary care setting are not worthwhile or unwarranted.  Having worked in both primary care and in nephrology in a primarily rural setting, my perception is the partnering of CKD management interventions led by an AP in the primary care setting should prove far more beneficial than initially anticipated.  The gaining of knowledge often has a positive ongoing ripple effect, but this can be difficult to appropriately capture and measure.

This study provides a much-needed foundation to guide further research, but there are still many unanswered questions about how best to achieve a true partnership.  In assessing for quality CKD care, the authors suggest considering use of process measures such as identification and coding of CKD rather than focusing exclusively on outcome measures.  It was interesting, but not that surprising, to note the mean duration of the intervention’s group on-site visits was 180.6 minutes with each practice’s designated CKD clinical lead.  As noted by the authors, it is not uncommon for primary care clinicians to feel uneasy about CKD and its management.  One can see that having a renal health care professional to discuss these concerns, whether in-person or on the phone, would be quite helpful and ultimately enhancing patient care.

Expert CKD APs did appear to be well accepted by these primary care groups with some settings extending the AP role to include what was in essence an onsite CKD clinic. However, it is also important to note there are potential barriers that need to be evaluated as there was variability in the utilization of the CKD AP.  Additionally, some approached primary care practices refused to participate in the study due to CKD management being perceived as a low priority.

With the differences in our two national health care systems, being able to implement this role in the U.S. would be far more challenging - but would be worth studying.  A cost analysis by the authors is suggestive as being beneficial for a CKD AP covering 10 primary care group settings.  It would be interesting to hear what our primary care colleagues think of this approach as well as my fellow advanced practitioner colleagues.