BOSTON — A supervised exercise training program can be an option for older sedentary adults with CKD stage 3b-4, with adherence comparable to long-term exercise programs of healthier older adults, according to study results presented at the National Kidney Foundation Spring Clinical Meetings.

“Among older sedentary adults with CKD stage 3b-4 and a high burden of diabetes and cardiovascular disease, we showed they have markedly impaired cardiorespiratory fitness and lower extremity function. A program of 12 months of supervised exercise training is feasible, in terms of its adherence, and it is safe, with adherence comparable to other long-term exercise trials in healthier older adults,” Stephen L. Seliger, MD, MS, co-principal investigator and associate professor of medicine at the University of Maryland, said.

Seliger, along with Daniel Weiner, MD, MS, co-principal investigator and associate professor of medicine from Tufts University, presented results of the Aerobics, Weights, and Renal Disease (AWARD) Trial, a randomized controlled trial that assessed the impact of aerobic and resistance training for community-dwelling older adults with CKD stage 3b-4. 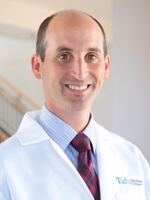 Researchers followed 99 patients at the two sites for 12 months. Patients were age 50 years or older. The 49 patients in the exercise group participated in an in-center program of supervised aerobic and strength training three times per week for the first 6 months and twice weekly for the last 6 months. Exercise intervention was walking and jogging to obtain 70% to 80% of heart rate reserve. Strength training was ankle and wrist weights two times per week for 10 minutes.

The 50 patients in the control group participated in weekly group health education classes with stretching exercises at the end of the class for the first 6 months, which was reduced to monthly for the last 6 months of the study. Researchers assessed peak VO2, 6-minute walk test, the short physical performance battery and the timed up-and-go test at baseline, 6 and 12 months.

“Overall, our exercise adherence appeared favorably to that reports in long-term trials of healthy older adults,” he said.

Disclosures: Weiner reports he participates in advisory boards for Janssen, Akebia/Otsuka and Tricida; is medial director of clinical research for DCI; is editor-in-chief for Kidney Medicine and the Primer of Kidney Diseases; and is an ASN representative to Kidney Care Partners. Seliger reports he is associate editor of the Clinical Journal of the American Society of Nephrology; receives researching funding from Otsuka, Roche Diagnostics, Kadmon Corporation, Sanofi, Palladio Biosciences; and is a consultant for AbbVie.