An increase in January 2019 in HIV diagnoses among people who inject drugs, or PWID, in Cabell County, West Virginia — the largest relative increase of rapid transmission over baseline in the United States since a 2015 HIV outbreak in rural Indiana — prompted a robust response from federal, state and local partners that are now, in many cases, being implemented throughout the state, according to findings from CROI.

“In this HIV outbreak in Cabell County, West Virginia, response efforts focused on diagnosing HIV as early as possible, treating people with HIV rapidly and effectively to reach sustained viral suppression and connecting people at risk to HIV prevention services, including pre-exposure prophylaxis and syringe services programs,” R. Paul McClung, MD, lieutenant commander for the U.S. Public Health Service and CDC medical epidemiologist, told Healio. “These activities are the foundations of HIV outbreak response, and health care providers play an important role in delivering these services to their patients.”

Response interventions in the county included diagnosis, treatment and prevention activities, including increasing efforts for pre-exposure prophylaxis, or PrEP, and syringe services. McClung and colleagues examined surveillance data from the West Virginia Bureau for Public Health through November 2019, including HIV-1 polymerase data. They defined outbreak cases as HIV diagnoses from Jan. 1, 2018 to Oct. 9, 2019 among PWID linked to Cabell County, their sex or injecting partners or people with linked sequences. Transmission rate and infection timing were estimated via molecular clock phylogenetic analysis. Researchers detected suspected recent infections based on preliminary viral load, CD4+ cell count, reported last negative HIV test or presence in a molecular cluster. Partners from the local, state and federal level then put in place a comprehensive response. 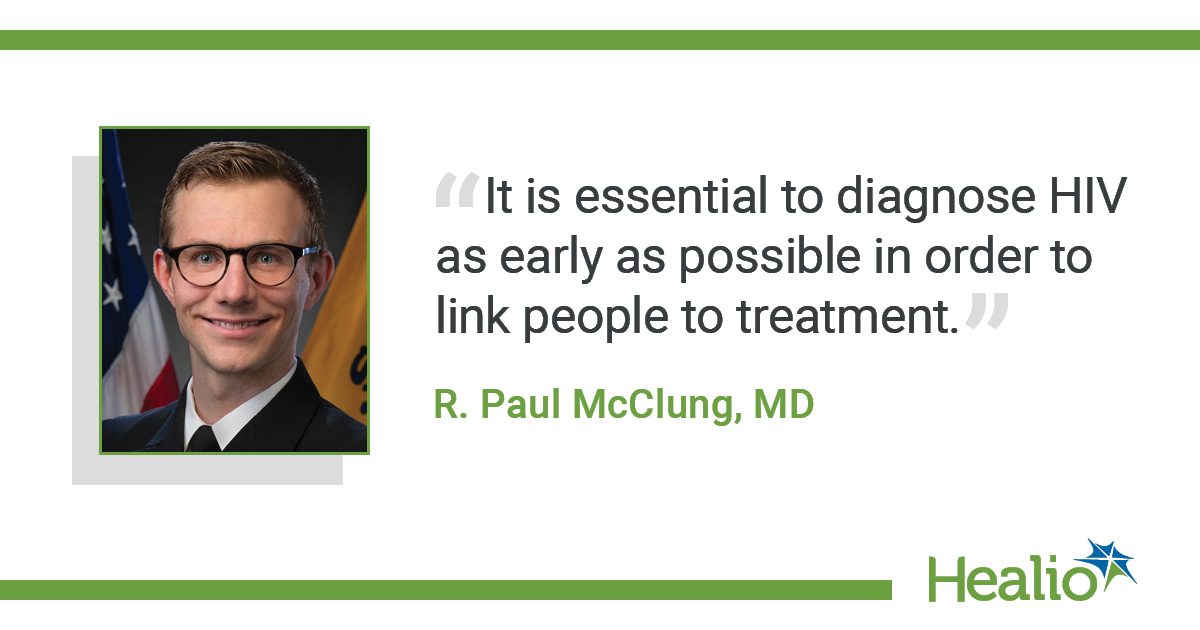 Of the confirmed cases, almost all (99%) were in PWID and 73% reported unstable housing. A total of 69 individuals (85%) had one or more measures of recent HIV infection.

McClung noted the West Virginia Bureau for Public Health, the Cabell-Huntington Health Department and CDC worked in tandem to enact a “comprehensive response” to the outbreak.

“Staff worked together to quickly identify factors contributing to the outbreak, engage community members and health care providers and implement response activities from across the spectrum of HIV prevention and care,” McClung said. “Health care providers play a critical role in delivering many of these services to their patients and are essential partners in HIV outbreak response.”

McClung also emphasized that large HIV outbreaks among PWID have occurred throughout the U.S. in recent years, starting with the 2015 outbreak in Indiana. The outbreaks share several similar features, including nonsterile injections multiple times per day, homelessness or unstable housing, fentanyl use, use of other opioid and/or methamphetamines and hepatitis C coinfection.

“HIV infection can often be silent, and as a result, it can be transmitted between people who are not aware they are infected,” McClung said. “It is essential to diagnose HIV as early as possible in order to link people to HIV treatment, with a goal of sustained viral suppression and to prevent additional transmission. Efforts to expand HIV testing and diagnose HIV as

early as possible were essential in this outbreak response and should be prioritized in future responses.” – by Eamon Dreisbach