Prescribing practices for pregnant women with HIV not aligned with guidelines

A multisite prospective cohort study of more than 1,500 pregnant women with HIV showed that antiretroviral, or ARV, prescribing practices among this population do not align well with national guidelines, with less than 50% of pregnancies associated with appropriate ARV prescriptions.

“National treatment guidelines reflect evidence-based recommendations of the safest and most efficacious antiretroviral treatment options for use in pregnancy,” Kathleen M. Powis, MD, assistant professor of pediatrics at Massachusetts General Hospital and research associate in the department of immunology and infectious diseases at the Harvard T.H. Chan School of Public Health, told Healio. “Prescribing of antiretroviral drugs in pregnancy prior to availability of safety and efficacy evidence from well-conducted randomized controlled trials may result in poor pregnancy outcomes or harm to the fetus.”

The HHS has published treatment guidelines for pregnant women with HIV since 1994 that are routinely updated to include new results from trials and studies performed globally, Powis and colleagues noted.

They conducted their study at 18 academic research hospitals in the United States. The analysis included 1,582 pregnant women with HIV who enrolled in the Pediatric HIV/AIDS Cohort Study Surveillance Monitoring of ART Toxicities study between Jan. 1, 2008, and June 30, 2017. The researchers aimed to compare ARV prescribing practices over time with the HHS treatment guidelines to identify factors associated with receiving recommended regimens. 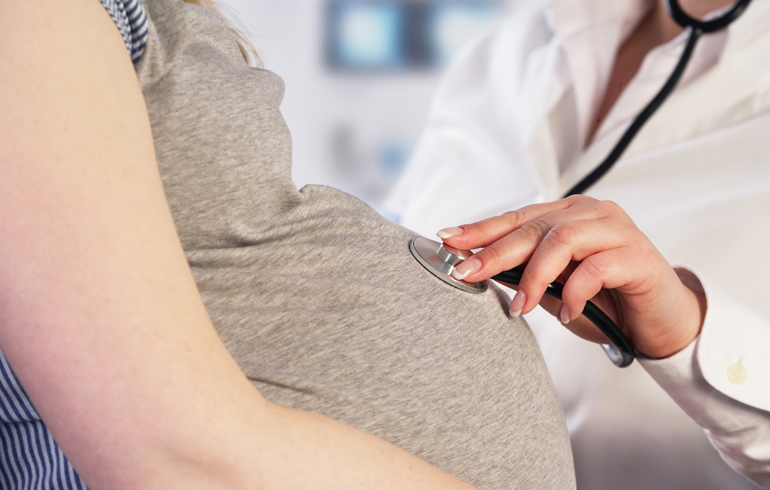 There were 1,867 pregnancies during the study period. According to Powis and colleagues, 42.3% of women initiated ARV medication before conception, 33.5% resumed ARV during pregnancy and 24.2% initiated therapy during pregnancy.

Among the women who were treated with ARVs before conception or those resuming medication, 35.9% and 52%, respectively, were prescribed ARVs that had a preferred or alternative designation compared with 69.9% of treatment-naive pregnant women.

According to the study, 20.1% of pregnant women imitating treatment were either prescribed ARVs that had insufficient evidence for use during pregnancy or were not recommended during pregnancy.

“Despite the fact that certain antiretroviral drugs are not yet recommended for use in pregnancy, doctors often prescribe them to pregnant women living with HIV,” Powis said. “Many clinicians in the United States are not following national prescribing recommendations for the treatment of pregnant women living with HIV, and may be acting based on their own experience with new drugs and combinations.”

For women resuming treatment, the researchers reported that having a viral load greater than 1,000 copies/mL in early pregnancy was associated with higher odds for guideline-recommended ARV prescriptions (adjusted OR = 2.03; 95% CI, 1.33-3.10) compared with women who had a viral load of 400 copies/mL or less.

Powis explained that it is common for pregnant women to be excluded from clinical trials that assess the safety and tolerability of new ARV medications. This is in an effort to protect the fetus, but it also introduces a longer lag time between FDA approval of new drugs and “data on which revisions to the guidelines for pregnant women living with HIV are justified.”

“As this is the first study to compare actual prescribing practices to the national treatment guidelines in the United States, additional quantitative and qualitative work is needed to better understand the extent to which individual, social, institutional and structural determinants are associated with prescribing practices that do not align with guideline recommendations,” Powis said. – by Marley Ghizzone

Disclosures: Powis reports receiving grants from the Eunice Kennedy Shriver National Institute of Child Health and Human Development during the conduct of the study. Please see the study for all other authors’ relevant financial disclosures.

The use of ARVs to treat HIV during pregnancy is undergoing a metamorphosis. Despite only one ARV actually being licensed for use during pregnancy (zidovudine), data on safety and pharmacokinetics of many other ARVs are now available. These data sets are often incorporated into U.S. and international guidelines, but as the study presented by Powis and colleagues demonstrates, not always appreciated by treating physicians. Why the gap in use of recommended ARVs during pregnancy? Was it comfort on the part of the patient or medical provider that these women were doing well (lack of toxicity, good virologic control) on their current ARVs, or was it lack of information that these ARVs may not be the standard of care during pregnancy? Although we do not know the answer to that question, we can start by doing a better job of educating both pregnant women and their providers that ARV therapy during pregnancy requires special handling.

AIDS Info. Recommendations for the use of antiretroviral drugs in pregnant women with HIV infection and interventions to reduce perinatal HIV transmission in the United States. https://aidsinfo.nih.gov/guidelines/html/3/perinatal/224/whats-new-in-the-guidelines. Accessed December 17, 2019.