WHO ‘concerned’ about potential rise in Ebola cases following attacks

Two recent armed attacks targeting Ebola response centers in the Democratic Republic of the Congo have jeopardized recent progress made in the outbreak, WHO said.

“I came here today to stand side by side with you, my sisters and brothers, and commend you all for your compassion and bravery in this most trying of times. You have put your lives on the line to protect the health and well-being of others,” WHO Director-General Tedros Adhanom Ghebreyesus, PhD, MSc, told responders during a recent visit to Goma, the capital of North Kivu province, according to WHO.

“I have also come here to recommit my steadfast support, and that of the World Health Organization, to the affected communities of this region and to the government of the Democratic Republic of the Congo, to bring the Ebola outbreak under control.” 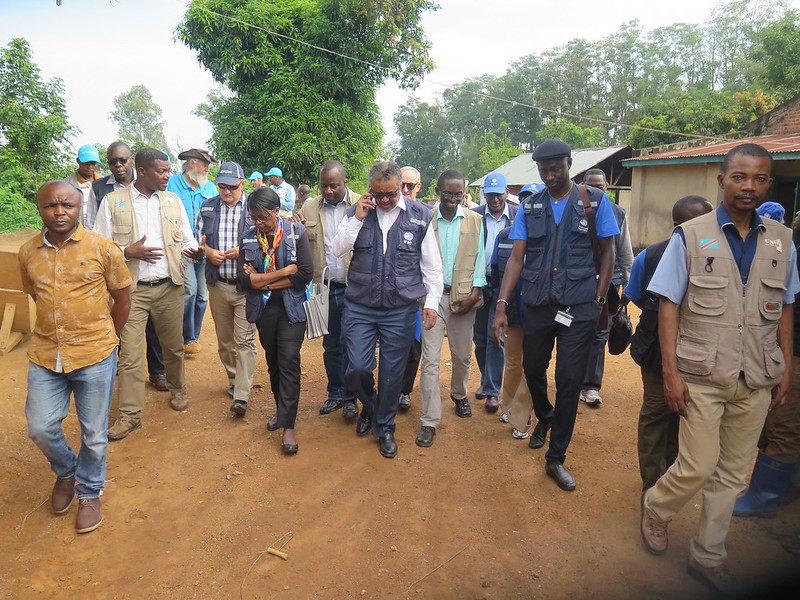 According to a news release, Tedros told responders that the outbreak cannot be ended without a much stronger effort to improve responder security.
Before the attacks, there was a steady reduction in the number of new cases, ranging from seven to 10 per week, down from more than 100 cases per week during the peak of the outbreak in April. According to WHO, the outbreak was confined to a “corner” of the DRC encompassing the border between North Kivu and Ituri provinces.

“We were able to monitor the health of all the people at risk of developing Ebola virus disease, provide vaccination for people at risk — including people in the area at lower risk — and were getting anyone who did develop [Ebola virus disease] to treatment early, which meant we were seeing far fewer deaths from the disease,” Margaret Harris, a spokesperson for WHO’s Ebola response, told Healio.

According to WHO, there have been approximately 390 attacks on health facilities this year in the DRC, killing 11 and injuring 83 health care workers and patients. The latest attacks occurred on the night of Nov. 27 at a camp housing Ebola outbreak response staff in Biakato Mines and on the Ebola coordination office in Mangina. According to Harris, the four people killed included a vaccine data manager and two drivers at the Biakato staff compound and a policeman guarding the Ebola coordination center in Mangina.

“There can be no more callous act than to target health professionals working to heal the sick and care for those in need,” Tedros said. “Every time an attack like this happens, it disrupts efforts to contain the Ebola outbreak and puts the health and well-being of local men, women and children at greater risk. Such senseless violence must stop.”

Civilians also have been killed in rebel attacks during the outbreak, including 17 in a September 2018 attack at WHO’s response operation base in Beni. At the time, officials said it was the first attack in which civilians were indiscriminately targeted instead of state forces or United Nations peacekeepers.

Harris explained that despite the attacks and despite the center of the outbreak being in an area of violence, most responders are still doing their best, whenever possible, to continue their work.

“Most responders are local workers [who] we have actively recruited and trained to improve relationships with local communities because it is our policy to localize health work and build capacities,” Harris said. “However, despite this incredible bravery and commitment to keep on going out into the community to protect the health and lives of their people, we are concerned about a potential resurgence in transmission and thus a rise in case numbers once again.”

“Right now, we are looking at the best ways to ensure the response continues effectively while protecting the safety of our responders,” she added.

In total, there have been 3,313 cases since the start of the outbreak and 2,207 deaths. WHO declared the outbreak a Public Health Emergency of International Concern in July and has said the status will be re-evaluated every 3 months. – by Caitlyn Stulpin