The rate of vaccine exemptions rose slightly among children entering kindergarten in the 2018-2019 school year, with 2.5% having an exemption from at least one vaccine, according to new data published in MMWR. But researchers suggested an additional target to improve vaccine coverage rates in the United States: underimmunized children who begin school under grace periods or provisional enrollment.

In some states, children who were provisionally enrolled in school or within a grace period surpassed the number of children with vaccine exemptions.

“Children may be enrolled under a grace period or provisional enrollment because parents do not have complete records for all the vaccinations children have received or because children do not have all required vaccinations due to missed opportunities for vaccination or to temporary medical contraindications,” Ranee Seither, MPH, an epidemiologist in the CDC’s Immunization Services, told Infectious Diseases in Children. “Most parents do have their children vaccinated, so it makes sense that more parents would choose to use a grace period or provisional enrollment to have a child catch up on missing vaccines or obtain complete documentation of a child’s vaccination history and not to ask for a vaccine exemption. In the event of an outbreak, these children could be at risk and excluded from school for their own protection.”

Seither added that vaccination in these children can be improved with follow-up. 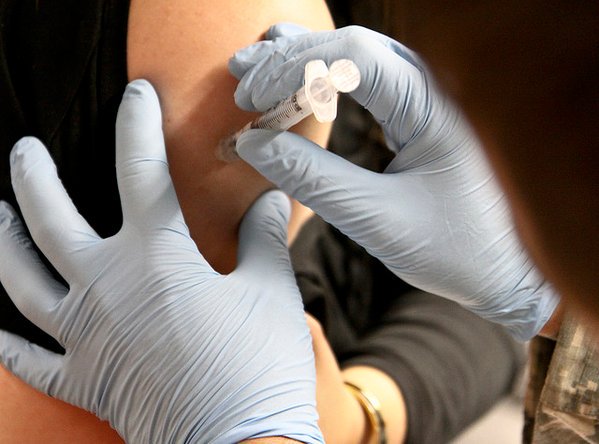 According to Seither and colleagues, immunization programs reported that 4,001,404 children began kindergarten during the 2018-2019 school year in the U.S. Among them, two-dose coverage of MMR vaccine was 94.7%, below the 95% coverage required to achieve herd immunity against measles. Coverage varied from state to state, with Colorado reporting the lowest coverage (87.4%) and Mississippi the highest (at least 99.2%).

According to the researchers, 20 states achieved at least 95% MMR coverage during the school year, but coverage was below 90% in Colorado and Idaho.

Varicella vaccine coverage reached 94.8% nationally, with the researchers reporting a range of 86.5% in Colorado to at least 99.2% in Mississippi.

Seither and colleagues noted the rise in vaccine exemptions, but also expressed concerns about children who enrolled undervaccinated under a grace period or under provisional enrollment. They reported that 2% of kindergarteners in 30 states began school undervaccinated, ranging from 0.2% in Georgia to 6.7% in Ohio. In 10 of the 30 states, more children were enrolled under these provisions compared with those who received vaccine exemptions.

According to the researchers, almost all states could achieve at least 95% MMR coverage if undervaccinated nonexempt children were vaccinated according to local and state policies.

“Recent measles outbreaks in states with high overall MMR coverage show how important it is for states to use school-level data to identify where local vaccination efforts are needed,” Seither said. “Providers can help increase school vaccination coverage by making sure that kindergarten-aged patients are up to date with ACIP-recommended vaccines and state school entry vaccination requirements.”

A second study published in MMWR tracked vaccine coverage for children born between 2015 and 2016. Although coverage remained high for this birth cohort by age 24 months, Holly A. Hill, MD, PhD, a medical officer at the CDC’s Immunization Services Division, told Infectious Diseases in Children that the study revealed several areas for improvement.

“Coverage was lower for children without private health insurance, especially those with no insurance, as well as those living below the poverty level and in more rural areas,” she said. “These disparities suggest challenges with access to affordable vaccinations or optimal vaccination services.”

Hill and colleagues noted that the CDC’s Advisory Committee on Immunization Practices suggests that children should receive vaccinations against 14 diseases by age 24 months. To examine the percentage of children who received the recommended number of doses of these vaccines, the researchers analyzed national, state and territorial data on children born during the study period. Some local data were included in the report.

During the study period, those who were not up to date on recommended immunizations by age 24 months were most likely to be late on at least two doses of influenza vaccine (56.6%) and the combined seven-vaccine series (68.5%).

According to Hill and colleagues, uninsured children and those with Medicaid or other nonprivate insurance coverage had lower immunization rates compared with children covered by private insurance. Specifically, the researchers identified a 7.8 percentage point disparity for the HBV birth dose between privately insured and uninsured children, whereas a 33.8 percentage point difference was reported for at least two doses of influenza vaccine.

The researchers noted that vaccination coverage for recommended vaccines by age 24 months was only stable for 1 birth year between 2011 and 2016, and the proportion of unvaccinated children increased 0.09 percentage points annually during this time.

“Increased opportunity for vaccination can be facilitated by expanded access to health insurance, greater promotion of available vaccines through the Vaccines for Children program and solutions to logistical challenges such as transportation, child care and time off from work,” Hill said. “Providers can improve coverage overall and reduce disparities by administering all recommended vaccinations during office visits. Compelling and accessible educational materials can be used to counter inaccurate claims about vaccination and communicate the value of vaccines in protecting the health of children.” – by Katherine Bortz

The latest information from the CDC confirms that several Western states, especially Idaho, Oregon, Arizona, Utah and others, are underperforming in terms childhood vaccination coverage. Each of these states is under attack by aggressive — and mostly unopposed — antivaccine lobbies and political action committees (PACs). Therefore, it's important we develop a national agenda of heightened vaccine advocacy to help these state health departments counter antivaccine messages.

In addition, things look even worse when we look at individual counties in these and other states. My colleagues and I published this information in PLoS Medicine in 2018, and measles emerged in seven of the 14 urban counties we identified as at risk due to high vaccine exemptions. I think it's important that in addition to the statewide data, the CDC begin tracking and publishing county-specific data for the nation.