Bats and bat hunters in northeast India carry reactive antibodies to Ebola and Marburg viruses, indicating that the filoviruses circulate among local bats and are possibly transmitted to humans, according to study findings published today in PLOS Neglected Tropical Diseases.

But researchers said this does not mean these areas are at an increased risk for outbreaks in humans.

“We present evidence for virus spillover from bats to humans in northeast India, and our antibody-based data indicate that one bat species may be responsible for these spillover events,” Ian Mendenhall, PhD, principal research scientist in the Laboratory of Virus Evolution at Duke-National University of Singapore Medical School, told Infectious Disease News. “We demonstrate the importance of sampling at high-risk interfaces where there is a higher likelihood of zoonotic transmission. We were fortunate to be able to visit this event and sample both the bats and humans.”

Mendenhall and colleagues conducted a serological survey of hunted bat species and the human hunters who have likely been exposed to bat saliva, blood and excreta. 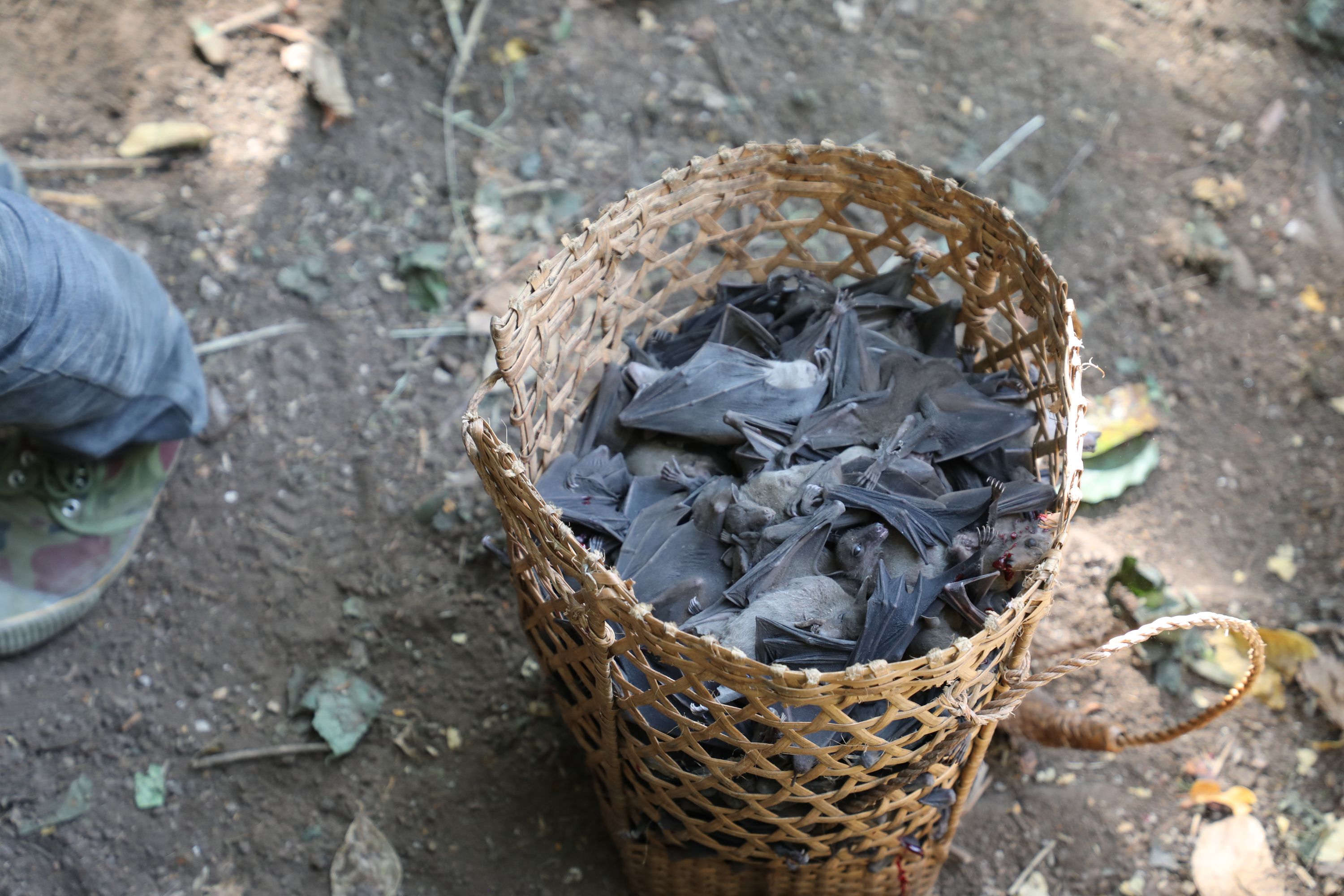 A basket of bats that have been hunted.
Source: Dr. Zavei Hiese

According to Mendenhall, the results showed that there are likely three different filoviruses — Ebolavirus, Marburgvirus and Dianlovirus — in two fruit bat species, Eonycteris spelaea and Rousettus leschenaultii. According to the study, no filovirus genetic material was detected in bat blood or tissues. However, Mendenhall and colleagues found filovirus antibodies in 5.9% of human samples, 6.2% of E. spelaea samples and 13.3% of R. leschenaultiii samples.

“These two bat species we studied are widely distributed geographically,” Mendenhall said. “Previously, we were only aware of Reston virus in the Philippines as the only filovirus in the region — and this is considered of low pathogenicity or causes asymptomatic infections. This indicates we should continue to study filovirus ecology in this region.”

Despite this, Mendenhall does not believe the studied areas are at an increased risk for filovirus outbreaks in humans, for various reasons.

“At this point, it is unclear if any human was infected with a filovirus at any point, keeping in mind that the exposure to noninfectious parts of the virus can give rise to an immune response,” he explained. “The exact nature of the virus that the bats harbour is not known and these viruses may be much less pathogenic in humans compared to Ebola or Marburg virus outbreaks in parts of sub-Saharan Africa,” although there is evidence of asymptomatic Ebola virus infections occurring in West Africa, he noted.

“Our study highlights the importance for virus surveillance of zoonotic viruses in humans and animal reservoirs,” Mendenhall concluded. “In recent years, new filoviruses were described in a number of animal species, but the clinical relevance has only started to be revealed.” – by Caitlyn Stulpin