Between 2002 and 2017, the Michigan Department of Health and Human Services identified three human cases of tuberculosis caused by Mycobacterium bovis that were linked to diseased free-ranging deer, researchers reported in MMWR.

All three cases occurred in hunters, including two who developed pulmonary disease, possibly as a result of aerosol transmission while they field-dressed deer carcasses, the researchers said. The third patient developed cutaneous TB, likely after injuring his finger while field-dressing a “grossly lesioned” deer.

According to the report, a four-county region in the northeastern Lower Peninsula of Michigan reports the majority of M. bovis–positive deer in the state. Since 1995, the state has conducted surveillance for M. bovis among hunter-harvested deer head submissions.

“Michigan is the only locale in the United States where ongoing transmission of TB from animals to humans has been documented,” James Sunstrum, MD, clinical associate professor at Wayne State University School of Medicine and director of the Wayne County Health Department TB clinic, told Infectious Disease News. 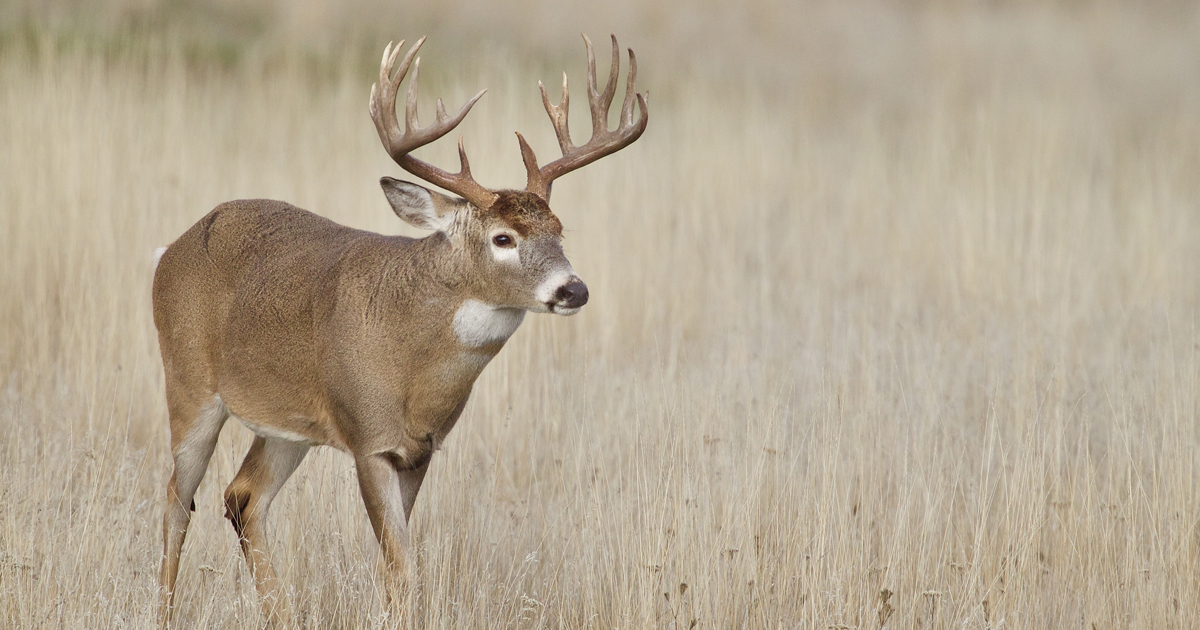 The northeastern Lower Peninsula of Michigan has the most highest number of M. bovis-positive deer compared with the rest of the state.
Source: Adobe Stock

In 2017, a 77-year old man with no history of travel to countries with endemic TB, no known exposure to individuals with TB and no reported history of consuming unpasteurized milk was diagnosed with pulmonary TB, the authors explained. He lived in the northeastern Lower Peninsula of Michigan and, during the past 20 years, regularly hunted and field-dressed deer in the four-county region. The other two other hunting-related human infections with M. bovis had been identified in 2002 and 2004.

The isolate collected from the 2017 case had one single nucleotide polymorphism compared with a 2007 deer isolate, which the researchers explained may mean that “the patient was exposed to a circulating strain of M. bovis at some point through his hunting activities and had reactivation of infection as pulmonary disease in 2017.”

Whole-genome sequencing also epidemiologically and genotypically linked the isolates archived from the 2002 and 2004 cases to deer.

According to the study, deer are maintenance and reservoir hosts for M. bovis and can transmit the disease to other species, including cattle and humans. However, the researchers noted that deer-to-human transmission of M. bovis is “understudied.” 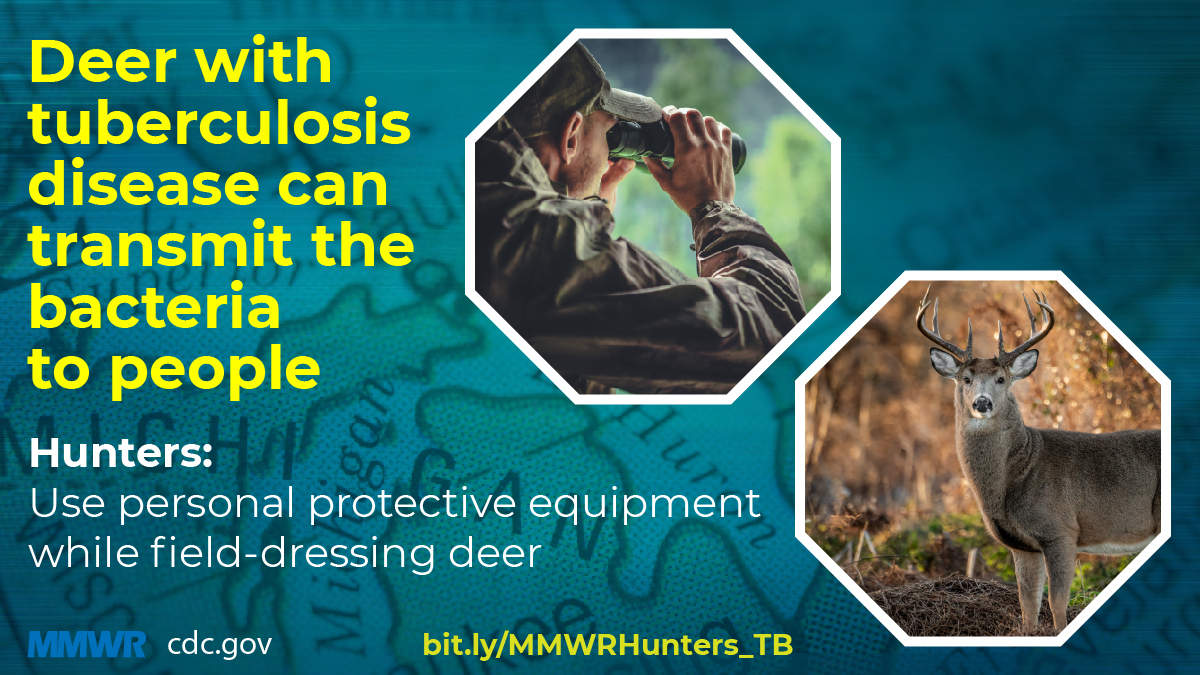 It is recommended that hunters use personal protective equipment while field-dressing deer to prevent M. bovis exposure, the authors explained. They warned that hunters who submitted deer heads in Michigan may be at a higher risk for infection if their deer head was positive for M. bovis.

“Measuring latent TB infection in groups at risk — hunters and cattle producers — to quantify the degree of TB risk needs to be performed, in a modern epidemiological survey. This region in Michigan can serve as an ideal study site, since there is a very low rate of endemic tuberculosis in the background,” Sunstrum said. – by Marley Ghizzone

Cattle are regarded as the true hosts of M. bovis; infections have long been recorded also in humans and in many domesticated and nondomesticated animals.

In the U.S., bovine TB (bTB) has been nearly eliminated in livestock because of a cooperative federal-state-industry program incepted in 1917. Unfortunately, the disease has become endemic in the free-ranging white-tailed deer population in the Michigan counties Alcona, Alpena, Montmorency and Oscoda. Because contact with deer can be a potential source of bTB infection for cattle, the United States Department of Agriculture has designated the said four counties as a “modified accredited zone,” in which a wildlife biosecurity program, preventing deer from having access to cattle feed, feed storage, or watering areas, is operational.

Some human infections with M. bovis are asymptomatic. In other cases, localized or disseminated disease can develop either soon after infection or many years later when waning immunity allows the infection to reactivate. Localized disease can affect the lymph nodes, skin, bones and joints; genitourinary system; meninges; or respiratory system. When attending patients, especially Hispanics or immigrants, with such signs, bTB deserves to be included in the differential diagnosis list. According to the presented report, deer hunters, active in Michigan, may be added.