CDC: Most US adults have never been tested for HIV

Less than 40% of the adult population in the United States has ever been tested for HIV, according to study findings published in MMWR. The CDC, which recommends that everyone aged 13 to 64 years be screened at least once in their lifetime, released the findings to coincide with National HIV Testing Day on June 27.

The agency said the findings underscore the need to “scale up” HIV testing in the U.S. The federal Ending the HIV Epidemic initiative announced in the State of the Union this year aims to reduce the number of new infections in the U.S. by 90% between 2020 and 2030.

“Knowledge is power when it comes to HIV — that is why everyone in America should get an HIV test at least once in our lives,” Jonathan Mermin, MD, MPH, director of CDC’s National Center for HIV/AIDS, Viral Hepatitis, STD and TB Prevention, said in a statement. “It is a simple way we can all help end the HIV epidemic in the U.S.”

Between 2016 and 2017, the CDC collected data from the Behavioral Risk Factor Surveillance System, a phone survey of U.S. citizens aged 18 years or older, on whether respondents had ever been tested for HIV outside of blood donation. “Yes” respondents also were asked for the month and year of their most recent test. 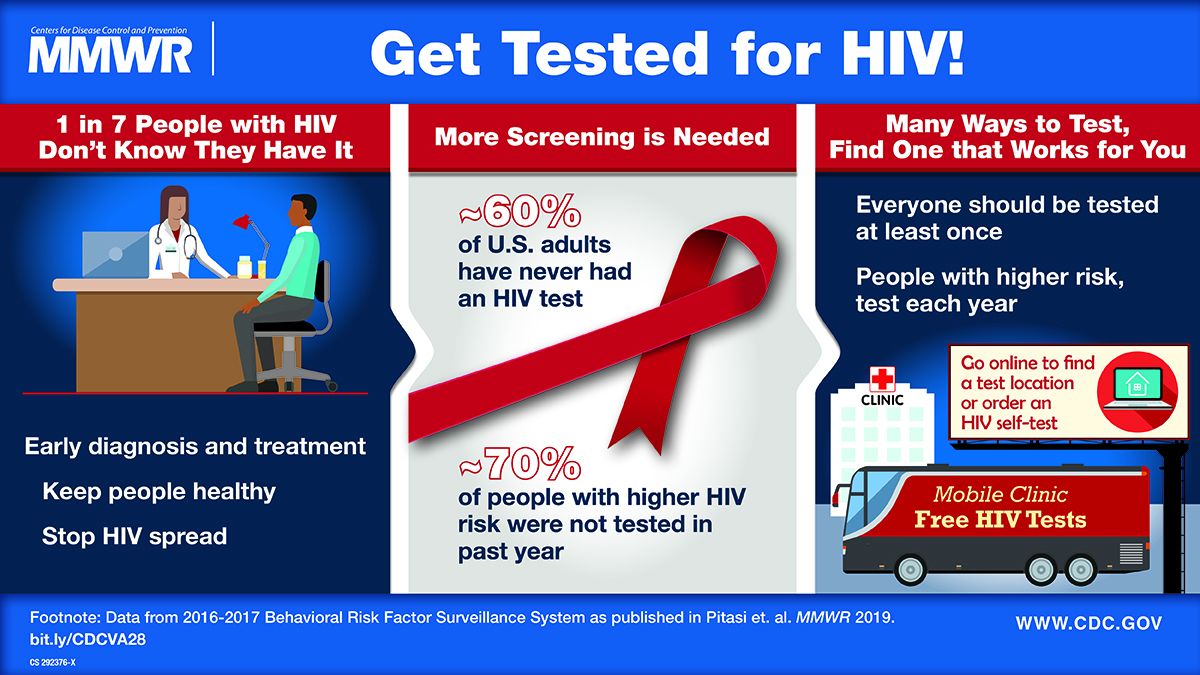 National HIV Testing Day is observed each year on June 27 to highlight the importance of timely HIV detection.
Source: CDC

The study focused primarily on the 50 local jurisdictions where most new HIV diagnoses were concentrated in 2016 and 2017 and seven states with a disproportionate rate of HIV in rural areas — at least 75 reported diagnoses in rural areas that accounted for more than 10% of diagnoses in the state — relative to other states.

According to the results, 38.9% of adults aged 18 years or older reported ever being tested. A total of 15,701 respondents reported recent HIV risk, and 64.8% of them had ever been tested. Although testing percentages varied widely by jurisdiction, the percentage ever tested (46.9%) was higher among residents of the 50 local jurisdictions accounting for the majority of HIV infection diagnoses than it was (35.5%) in the seven states with disproportionate rural HIV rates.

“These findings demonstrate missed opportunities to fully implement HIV screening recommendations in the 57 jurisdictions that will serve as the geographic focus of the Ending the HIV Epidemic initiative,” the researchers wrote. – by Joe Gramigna