Findings from a 14-year study at an infectious disease clinic outside Baltimore suggest many patients may be incorrectly diagnosed with Lyme disease and prescribed unnecessary antibiotics, researchers said.

During the study period, most patients referred to the clinic for Lyme disease were not infected, yet more than 80% of the uninfected patients had received antibiotics.

Paul G. Auwaerter, MD, professor of medicine and clinical director of the division of infectious diseases at Johns Hopkins University School of Medicine, and colleagues conducted the single-center, retrospective observational cohort study at the Johns Hopkins infectious disease clinic in Lutherville, Maryland, to help characterize diagnostic accuracy for Lyme disease. They included 1,261 patients who were referred to the center with “a presumed diagnosis or concern” for Lyme disease from 2000 through 2013. 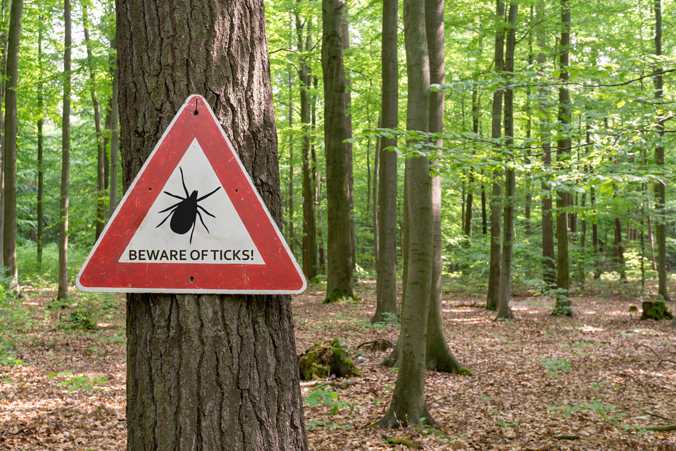 Most patients referred to an infectious disease clinic outside Baltimore for Lyme disease were not infected.Source: Adobe Stock

“While Lyme disease is overdiagnosed in this population, a novel finding, not previously reported in a large series, is the frequency of diagnoses of coinfections in addition to Lyme disease (both Ixodes and non-Ixodes tickborne [diseases], plus non-tickborne infections), which were believed to be contributing to the symptoms for11% of study patients,” the researchers wrote. “Babesia, Epstein-Barr virus, Bartonella and Ehrlichia species infections were the most frequent infections co-diagnosed prior to referral.”

They noted that the percent of patients with Lyme disease was lower than in previous studies that looked at referred patient populations.

“Many patients seen for infectious disease evaluation of Lyme disease usually have multiple, longer standing complaints such as fatigue and musculoskeletal pain yet have been treated with antibiotics when there is not good evidence they have an active infection,” Auwaerter told Infectious Disease News. “Though the study doesn’t directly address reasons, I believe this points to a disconnect between appropriate clinical, evidence-based diagnosis and approaches by some clinicians who follow alternative medical practices, treat on suspicion or [are] confused by test results.” – by Marley Ghizzone 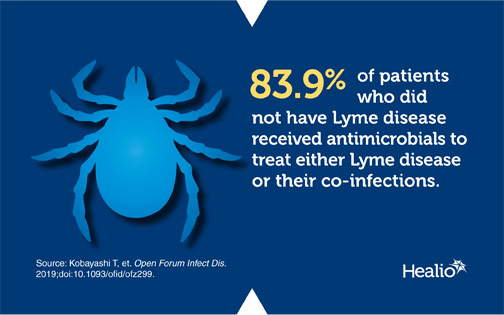 Disclosures: Auwaerter reports serving on a scientific advisory board for DiaSorin. All other authors report no relevant financial disclosures.

It is somewhat of a mystery to infectious disease specialists as to why Lyme disease became a stand-in for a specific diagnosis in patients who have fatigue, musculoskeletal pain, headache, sleep disturbance or cognitive impairment, with a paucity of objective physical findings. This single-organism infection presents with a few well-characterized clinical manifestations but not with constitutional symptoms alone, except in the early weeks after a tick bite. It is well documented that the consequent overdiagnosis of Lyme disease leads to unnecessary antibiotic prescriptions for patients who do not have the infection. This large study by Kobayashi and colleagues from a highly endemic area elucidates the clinical characteristics of a representative population referred to an ID office. It is not surprising that almost three-quarters of the 1,261 patients categorically did not have Lyme disease. The longer the symptom duration, the less likely it was the patient had Lyme disease. Yet the vast majority of these patients had received antibiotics.

The authors remind us that about a fifth of all U.S. adults have chronic pain, more than a tenth report fatigue and more than a tenth of persons aged 45 years or older report cognitive dysfunction. This translates into a very large population who may have a medically unexplained diagnosis. This is not due to lack of extensive workup but instead reflects the reality that an “organic” diagnosis may not be discoverable in many of these individuals. The evidence is overwhelming that even in the minority of patients who had bona fide Lyme disease in the past, these disabling symptoms are not caused by ongoing borrelial infection or “chronic Lyme disease.” Other conditions were diagnosed in two-thirds of the study patients. This study also reinforces previous knowledge that misinterpretation of immunoblot results leads to an incorrect diagnosis of Lyme disease. A novel finding is that additionally, patients with these symptoms are being incorrectly diagnosed as having co-infections.

Several take-home messages from this study can be used to educate physicians and patients. This education is needed not only to curb antibiotic use in persons without infections, but to avoid labeling persons with persistent symptoms as having a chronic infection. It is essential that alternative diagnoses be sought, rather than offering courses of antibiotics “just in case” persistence of Borrelia infection has been overlooked. This could be lifesaving. Immunoblot results should be interpreted carefully and only using current recommendations. A positive immunoglobulin M immunoblot can be used only to support a diagnosis of early Lyme disease, and only in conjunction with relevant clinical findings. A belief is now trending that tick-borne coinfections are common and that they contribute to chronicity of symptoms. In fact, coinfections are not common, and the broad testing panels available should be used very judiciously.