Since 2017, Nigeria has been experiencing the largest documented outbreak of human monkeypox caused by the West African clade of the virus, with some evidence of secondary human-to-human transmission, according to a newly published clinical and epidemiological report.

More than 300 cases have been reported in the outbreak as of April 2019, according to the CDC.

Prior to the outbreak, it had been 39 years since Nigeria’s last reported monkeypox case, Adesola Yinka-Ogunleye, MPH, senior epidemiologist at the Nigeria Centre for Disease Control, and colleagues noted in The Lancet Infectious Diseases.

According to Yinka-Ogunleye and colleagues, since smallpox was eradicated almost 4 decades ago, monkeypox has emerged as the most prevalent and important orthopoxvirus in humans. 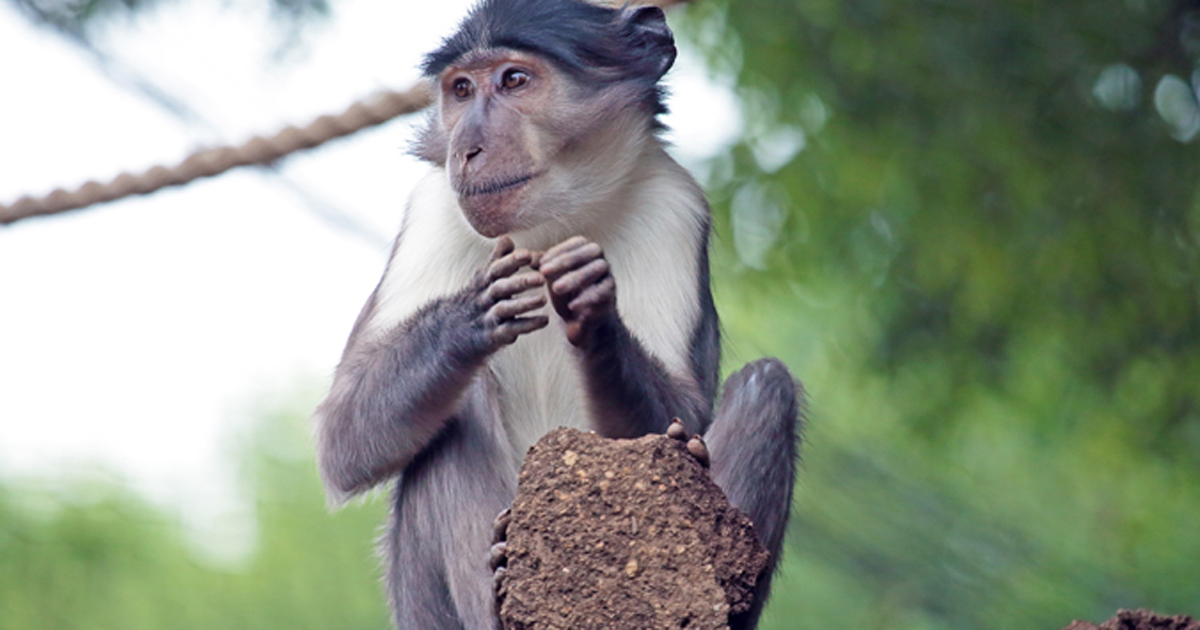 Monkeypox has re-emerged in Nigeria after 39 years. The virus has been previously isolated from a sooty mangabey monkey.
Source: Shutterstock.com

“[This] study has shown that monkeypox is no longer a 'rare disease' as previously thought as cases of the disease continued to be reported since September 2017 when the resurgence was reported in Nigeria,” Yinka-Ogunleye told Infectious Disease News. “An improvement in the surveillance system in Nigeria is believed to have led to the detection of the outbreak and further improvement in the surveillance capacity will help achieve knowledge of the true burden of the disease.”

According to Yinka-Ogunleye and colleagues, since 1970, outbreaks and sporadic cases of monkeypox in Central and West Africa have been caused by two “distinct” clades of the virus, referred to as the Congo Basin clade and the West African clade. The Congo Basin clade has been associated with more severe disease and higher rates of fatality compared with the West African clade and was the only one documented to have been transmitted between people, they noted.

Because only sporadic cases occurred in West Africa, many experts hypothesized that the “West African clad had little or no propensity for human-to-human transmission,” Giovanni Rezza, MD, PhD, head of infectious diseases at the Italian Ministry of Health, wrote in a related editorial.

Yinka-Ogunleye and colleagues reviewed the epidemiological and clinical characteristics of cases of human monkeypox that occurred between Sept. 22, 2017, and Sept. 16, 2018.

They identified 122 confirmed or probable cases reported from 17 states. There were seven deaths, a 6% case fatality rate, according to the study. Infected individuals were aged between 2 days and 50 years, and 69% were male. All 122 patients had vesiculopustular rash, and it was also common to see fever, pruritus, headache and lymphadenopathy, according to Yinka-Ogunleye and colleagues.

Based on the distribution of cases and contacts, the researchers determined that the outbreak has included both primary zoonotic transmission, as well as secondary human-to-human transmission, including in a prison facility.

“The characteristics of the 2017-2018 outbreak suggest that the strains of monkeypox virus in West Africa could sustain epidemic events,” Rezza wrote.

He called the outbreak “to some extent unexpected,” saying it points to potential changes in the dynamics of monkeypox virus in West Africa.

“The determinants of human monkeypox emergence in Nigeria, including distribution of animal reservoirs and changes in human behavior, need to be identified,” Rezza wrote.

“There are still gaps in the knowledge of the animal reservoir and the mode of transmission of monkeypox as well as lack of known definitive treatment for the disease. The Nigeria Centre for Disease Control is working with our animal sector counterparts to improve this knowledge through rodent trapping and testing,” Yinka-Ogunleye said.

“A preparedness and control strategy for monkeypox is required to contain the increasing incidence of the disease. Developing public health and surveillance capacities in Central and West Africa is important in guiding appropriate response to emerging and re-emerging diseases.” – by Marley Ghizzone

This paper is of great interest concerning the epidemiology of monkeypox in Nigeria, especially concerning person-to-person transmission. Unanswered is the question: What is the reservoir for monkeypox? Although the reservoir is thought to be in rodents, it has rarely been isolated from wild animals in nature and the reservoir remains unproven, although African giant pouched rats have been shown to be susceptible experimentally and shed the virus.

Monkeypox virus is of relevance to industrialized countries because the virus can be imported via infected travelers or animals. Monkeypox virus was introduced in 2003 into the U.S. via rodents imported from Ghana, resulting in 72 proven and probable human cases. Giant pouched rats and rope squirrels were the species suspected of having brought the virus into Texas, where it spread to pet prairie dogs and on to people. Fortunately, the clade in that outbreak was the West African one that has low to no case fatality rates and not a Central African one with an 8% to 12% fatality rate.

Nigeria is not the only African country where monkeypox virus is endemic. In addition to Nigeria, monkeypox cases have been documented in the Republic of the Congo, Democratic Republic of the Congo, Central African Republic, Cameroon, Liberia and Sierra Leone. Monkeypox reporting may not be accurate without laboratory documentation because it may be confused with chickenpox in these countries.

Monkeypox is of particular interest because of its close clinical resemblance to smallpox (although much milder). An outbreak of monkeypox would have to be determined rapidly not to be smallpox. Although smallpox has been eradicated, the virus remains under tight security in two laboratories: in Russia and at the CDC in Atlanta. It is unknown if additional stocks are maintained undeclared in other laboratories around the world. An accidental or purposeful release, although it seems remote, is always possible.

Because monkeypox is endemic in Nigeria and several other African countries, there is a risk for infected individuals bringing it into distant countries once again. This underscores the need for thorough travel histories when patients with symptoms compatible with monkeypox come in for medical care, coupled with prompt laboratory diagnosis. With a positive diagnosis, follow-up surveillance of contacts must be implemented promptly. Although the risk for importation and spread of monkeypox is low, it is not zero.