Recent vomiting is the main source of airborne norovirus and a likely cause of outbreaks in health care facilities, according to study results published in Clinical Infectious Diseases.

Common and highly contagious, norovirus is mainly spread via contaminated food or water, or through contact with contaminated surfaces or people, Malin Alsved, MSc, a PhD student in the division of ergonomics and aerosol technology at Lund University in Sweden, and colleagues noted. But they said it also has been associated with airborne transmission.

“This study provides additional evidence that airborne [norovirus] can be present in concentrations that are high enough to cause infections, and in particle size fractions that remain airborne for long periods and are easily inhaled,” Alsved and colleagues wrote.

According to the researchers, norovirus “is acknowledged to spread by splashing droplets that generated, for example, during vomiting.” In their study, the researchers investigated associations between gastroenteritis symptoms and the presence of airborne norovirus, and they also studied the size of norovirus-carrying particles — an important marker of how long they can remain in the air and how easily they are inhaled. 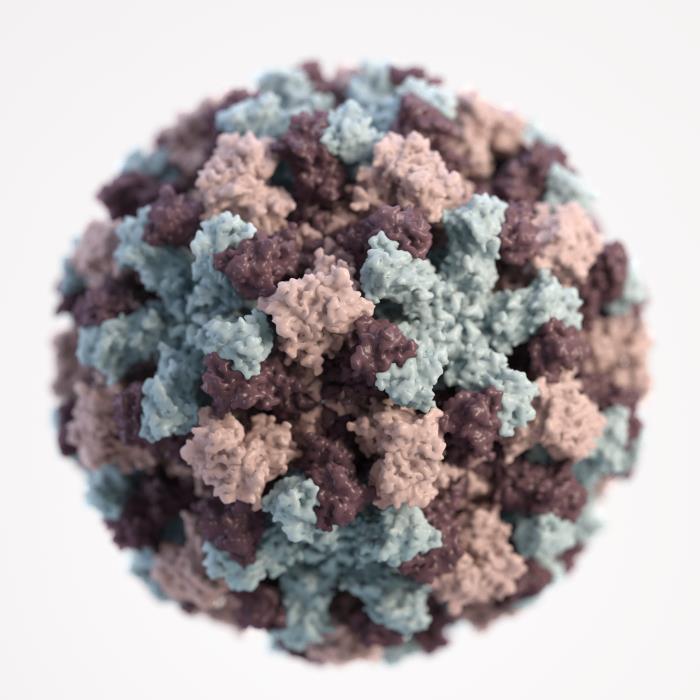 To do so, they repeatedly sampled the air near 26 hospitalized patients with norovirus infection and analyzed the samples for norovirus RNA by reverse-transcription quantitative PCR, according to the study. They recorded patients’ most recent episodes of vomiting and diarrhea, and performed size-separating aerosol particle collection in ward corridors.

In total, 21 (24%) of 86 air samples from 10 patients tested positive for norovirus RNA — all 21 of them having been collected during outbreaks, or before a succeeding outbreak, according to Alsved and colleagues.

They reported a strong association between airborne norovirus RNA and a shorter time period since the last vomiting episode (OR = 8.1; P = 0.04 within 3 hours since last episode), with the concentration of airborne norovirus ranging from 5 to 215 copies/m3. Detectable amounts of norovirus RNA were found in particles smaller than 0.95 µm and larger than 4.51 µm, according to the study.

“Our study is the largest study of airborne [norovirus], but still not large enough to conduct a multivariable analysis controlling for more than one confounding factor,” the researchers wrote. “Nevertheless, we believe that the main findings are valid and generalizable.” – by Joe Gramigna