A 5-year-old boy infected with Ebola virus crossed the border into Uganda from the Democratic Republic of the Congo, or DRC, health officials said today.

The boy traveled with his family on June 9, entering Uganda near the town of Bwera, according to WHO. Health care workers identified that he might have Ebola, and the boy was admitted and isolated at a hospital with an Ebola treatment unit, the Ugandan health ministry said.

WHO said a rapid response team has been dispatched to the area to identify anyone who may have been in contact with the boy.

It is the first time a case of Ebola has been confirmed outside of the DRC during that country’s ongoing outbreak, which has continued since last summer and now includes more than 2,000 cases and almost 1,400 deaths. 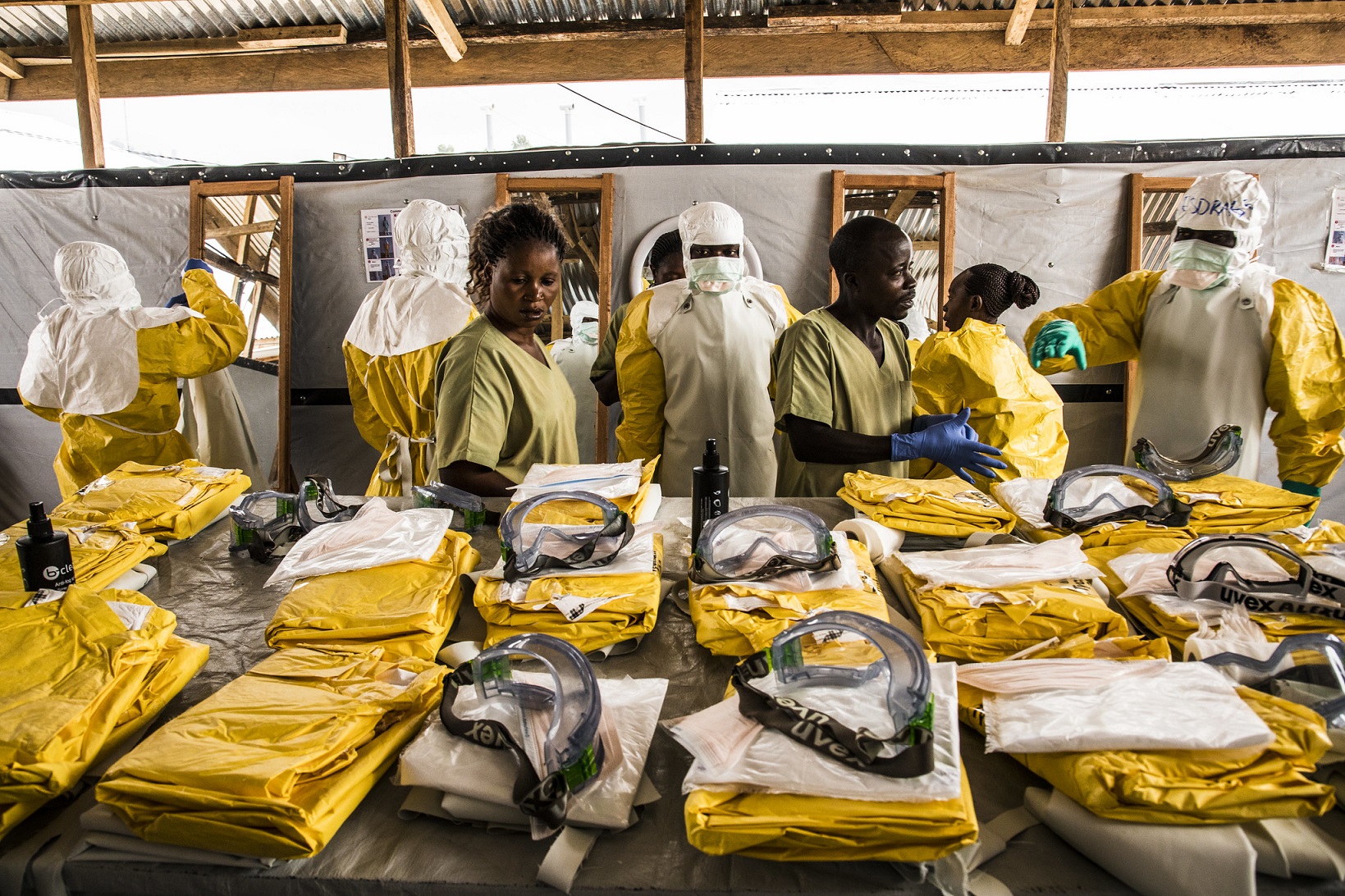 Health care workers in the Democratic Republic of the Congo change into personal protective equipment.
Source: World Bank/Vincent Tremeau. This work has not been changed and is licensed under https://creativecommons.org/licenses/by-nc-nd/2.0/

Anticipating that there might be cross-border spread of the virus from its neighbor to the west, Uganda began vaccinating health care and front-line workers in November. According to WHO, nearly 4,700 health care workers in 165 health care facilities — including the one where the boy is being treated — have received the experimental vaccine, which has been shown to be more than 97% effective.

WHO has twice explored the possibility of declaring the DRC outbreak a global public health emergency. Both times, the emergency committee that was convened to discuss the matter voted against making the declaration, primarily on the grounds that the outbreak had not spread beyond the DRC.

Ronald Klain, who coordinated the United States’ Ebola response for the Obama administration, said WHO should take up the matter again.

"The event many of us have feared has finally taken place: a confirmed case of Ebola in a neighboring country,” Klain told Infectious Disease News. “It is time for WHO to reconsider its stance on whether this is an international public health emergency, and more importantly, time for other nations to step up their contributions and involvement." – by Gerard Gallagher

WHO. Confirmation of case of Ebola virus disease in Uganda. https://afro.who.int/news/confirmation-case-ebola-virus-disease-uganda. Accessed June 11, 2019.