Researchers in northeastern China discovered a new segmented RNA virus associated with febrile illness in dozens of patients, and they suspect that the virus is transmitted by ticks, according to a study published in The New England Journal of Medicine.

They named the previously unknown pathogen the Alongshan virus (ALSV).

“ALSV infection can cause clinical disease, and therefore, it should be differentiated from other tick-borne diseases, such as severe fever with thrombocytopenia syndrome, tick-borne encephalitis, anaplasmosis, rickettsiosis and babesiosis,” Quan Liu, PhD, from Foshan University in Guangdong Province and the Academy of Military Medical Sciences in Jilin Province, told Infectious Disease News.

According to the study, routine tick-borne disease surveillance identified a 42-year-old female farmer who presented to a hospital in Inner Mongolia with symptoms similar to those of infectious tick-borne encephalitis virus (TBEV). Liu and colleagues collected a blood sample from the patient, but did not find TBEV RNA or antibodies against the virus. 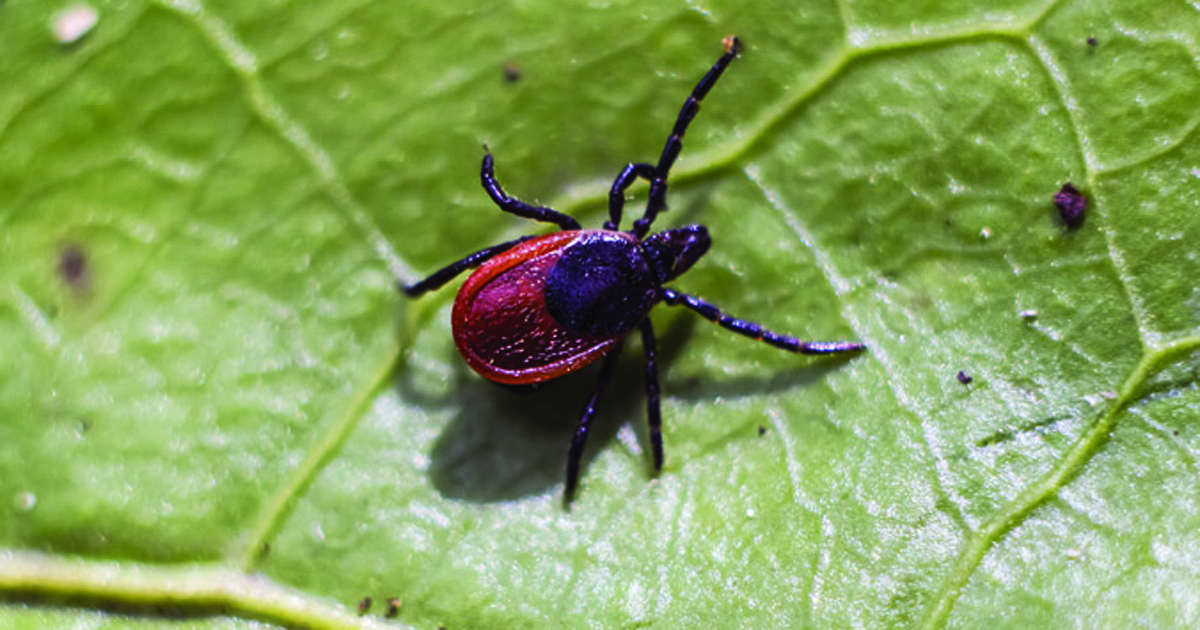 Because of the similarity of the patient’s symptoms to those caused by a tick-borne pathogen, the hospital initiated a heightened surveillance program to identify patients with a history of tick bites or bite-related symptoms. Liu and colleagues took serum specimens from patients and 100 healthy people living in the area, and collected local ticks and mosquitos for testing, according to the study.

Reverse transcription-PCR testing confirmed ALSV in 86 patients from Inner Mongolia and Heilongjiang Province who presented with fever, headache and a history of tick bites, the researchers found. Among them, 73% were men, 98% were farmers or forestry workers and 95% had “a clear history” of prior tick bites before disease onset, Liu and colleagues reported. According to the study, seroconversion occurred in all 19 patients with specimens available from the acute and convalescent phases of their illness.

“We suspect that ALSV is transmitted by the tick I. persulcatus,” Liu and colleagues wrote. “Common hosts of I. persulcatus include most mammals (eg, sheep, cattle, horses, dogs, rabbits, humans) and occasionally some birds. I. persulcatus is widely distributed in Asia and eastern Europe, including China, Korea, Japan, Mongolia, and Russia.”

The researchers said they cannot exclude mosquitoes as a possible vector of the virus, and that more studies are needed to determine the geographic distribution of ALSV.

Thus far, Liu and colleagues said they have found no epidemiologic evidence of person-to-person transmission of the virus. – by Joe Gramigna

Wang and colleagues describe acute febrile illness in humans in Inner Mongolia caused by a novel, segmented, multicomponent positive-sense RNA virus following a tick bite. ALSV is phylogenetically in the jingmenvirus group of the family Flaviviridae. The group is named for Jingmen tick virus (JMTV), which was isolated in 2014 from Rhipicephalus microplus ticks. Since then, related viruses have been identified from mosquitoes in the Caribbean and Central and South America (Guiaco Culex virus) and in ticks and cattle in Brazil (Mogiana tick virus). In 2016, a JMTV was reported in a monkey from Uganda and earlier this year from several humans elsewhere in China. Although multicomponent viruses had previously been known from plants and fungi, their emergence as animal and human pathogens is unexpected. The viruses are poorly understood, but typically the genome of jingmenvirus group viruses appear to be split into four or five segments, two of which code for nonstructural proteins similar to other flaviviruses, whereas structural protein sequences appear quite distinct. The segments in at least some are individually encapsulated and usually must invade the same host cell for replication to occur. In all examples so far, the viruses appear to be maintained vertically in arthropods, so humans are likely incidental victims. As methods for diagnosing these viruses improve, we will be better able to define their range and pathogenicity. But it seems clear they could prove important vector-borne human pathogens.