Amid a worsening outbreak, a panel of experts said today that the Ebola vaccination campaign in the Democratic Republic of the Congo, or DRC, should be expanded to include more people and potentially a second vaccine.

WHO’s Strategic Advisory Group of Experts (SAGE) recommended that Merck’s experimental V920 vaccine be offered to those “who could be involved in tertiary chains of transmission, such as people in villages and neighborhoods where cases have been reported within the past 21 days,” according to WHO.

The ring vaccination strategy that has been in place since August involves vaccinating contacts — and contacts of contacts — of confirmed cases. As of May 5, almost 112,000 people in the DRC had received the vaccine, and more have been vaccinated in three neighboring countries.

The vaccine has been 97% effective in the DRC, according to data recently reported by WHO. 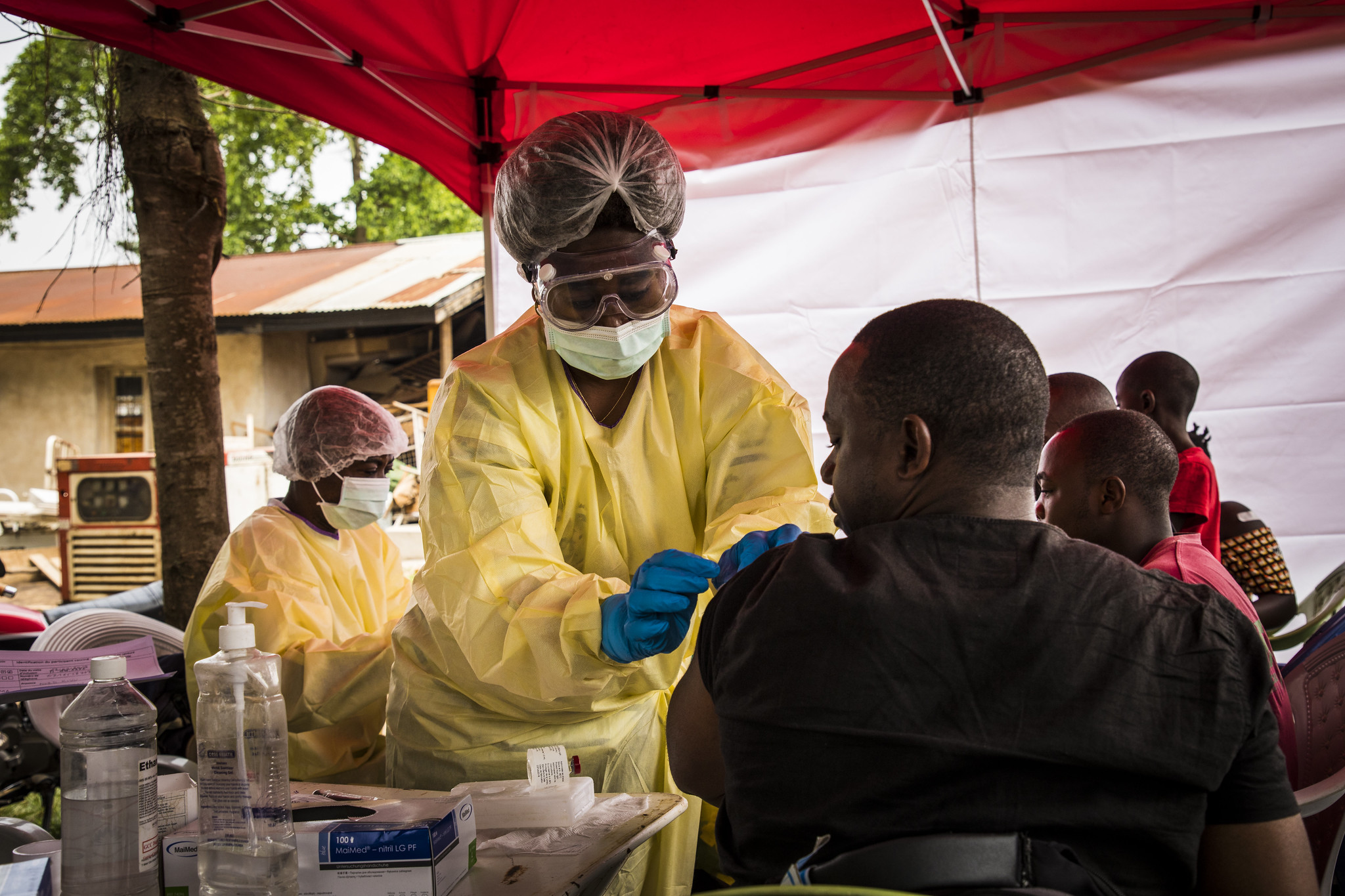 Experts recommended expanding Ebola vaccination coverage in the Congo to people not previously covered by ring vaccination.
Source: World Bank/Vincent Tremeau. This work has not been changed and is licensed under: https://creativecommons.org/licenses/by-nc-nd/2.0/.

“We know that vaccination is saving lives in this outbreak,” WHO Director-General Tedros Adhanom Ghebreyesus, PhD, MSc, said in a statement. “We also know that we still face challenges in making sure the contacts of every case receive the vaccine as soon as possible. These recommendations account for ongoing insecurity and incorporate feedback from experts and from the affected communities that will help us continue to adapt the response.”

According to the latest update, the outbreak has grown to include 1,585 confirmed or probable cases, including 1,045 deaths.

To conserve vaccine, SAGE recommended halving the dose of V920 currently being offered to those at highest risk from 1 mL to 0.5 mL — the same dose used in the landmark trial conducted during the West African Ebola epidemic that proved the vaccine’s effectiveness. SAGE said people who could potentially be involved in tertiary transmission should be offered doses of 0.2 mL.

“However, the working group recognized that the current emergency and the available evidence called for a dose-adjusted approach to ensure vaccine continues to be available and offered to individuals at greatest risk of Ebola,” Rees said in a statement.

SAGE recommended that an additional investigational Ebola vaccine, Ad26.ZEBOV/MVA-BN (Janssen), be offered to people at a lower risk for infection in impacted areas. Because the Ebola vaccines are investigational, they must be deployed as part of an approved trial. WHO said that proposed studies for the vaccines “should be scientifically and epidemiologically justified, have appropriate approvals including from all relevant national and other regulatory and ethics authorities, and have defined endpoints suitable for licensure.”

SAGE suggested that expanding access toV920 may also increase acceptance of the vaccine and other control measures. Research has shown that many people in the DRC do not believe Ebola is real and do not trust local authorities to represent their interests.

WHO has blamed “misinformation and mistrust due to decades of conflict” in the DRC for the reluctance in some populations to allow responders to vaccinate, trace contacts and bury victims safely, all of which are essential to containing the outbreak.

Violent attacks by armed militia groups, including some that have targeted Ebola treatment centers, have hampered the outbreak response. – by Gerard Gallagher

WHO. WHO adapts Ebola vaccination strategy in the Democratic Republic of the Congo to account for insecurity and community feedback. https://www.who.int/news-room/detail/07-05-2019-who-adapts-ebola-vaccination-strategy-in-the-democratic-republic-of-the-congo-to-account-for-insecurity-and-community-feedback. Accessed May 7, 2019.