ATLANTA — Nearly 300 survivors of the largest wildfire in California history were sickened in a norovirus outbreak that struck eight shelters set up to house evacuees, investigators reported.

The Camp Fire, which began in Butte County in November, killed at least 86 people and burned more than 150,000 acres, according to state officials. Around 52,000 people were displaced by the fire, including more than 1,100 who were evacuated to nine shelters in Butte and surrounding counties.

“Norovirus is challenging in particular because it is a very contagious virus that spreads easily in crowded living settings or shared living environments, including emergency shelters,” Karmarkar said during the CDC’s annual EIS conference. 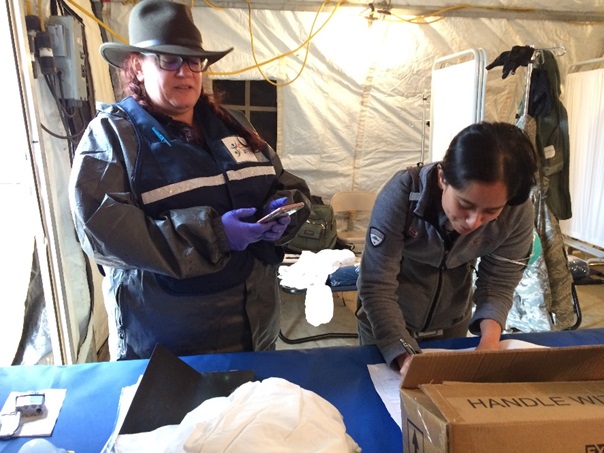 According to Karmarkar and colleagues, public health officials initiated a surveillance program at the shelters after a report of two cases of acute gastrointestinal illness. Shelter staff were instructed to record instances of vomiting and diarrhea among evacuees, and some symptomatic patients submitted stool samples.

Beginning on Nov. 10, they identified 292 confirmed or probable cases among the fluctuating population of around 1,100 people — an attack rate of approximately 27%, Karmarkar and colleagues said. Most tested specimens came back positive for norovirus GII.P16-GII.4 Sydney, a variant that had been reported in the community prior to the fire.

An assessment of the shelters uncovered “deficiencies in surveillance, isolation, cleaning services and hand-washing,” Karmarkar and colleagues reported. In response, shelters began screening evacuees for illness at registration. Staff were instructed to ask evacuees if they had experienced vomiting or diarrhea in the previous 24 hours — or had close contact with someone experiencing those symptoms, Karmarkar explained.

“If they flagged positive on any of those questions, they were directed to the nursing triage area to be evaluated further to see if they merited isolation,” she said. “If they were deemed appropriate for isolation, there was separate cordoned-off area — either a separate building or an emergency tent with beds — that people were housed in if they were ill.”

In addition, “hand-washing champions” stationed outside the front door or in areas where evacuees ate reminded people to wash their hands.

The outbreak was contained by Dec. 1, Karmarkar and colleagues said.

“Infectious disease outbreaks, particularly norovirus, are common in emergency shelters following natural disaster such as fires. Given how easily these infections spread in closed shared environments, infection prevention and control and disease surveillance should be included in disaster response algorithms of sheltering organizations and public health jurisdictions to reduce the potential for infectious disease outbreaks among those shelter populations and the staff caring for them,” Karmarkar said.

To be most effective, these measures should be implemented at the beginning of the emergency response, she said. – by Gerard Gallagher