WHO launches global strategy against influenza

WHO recently announced a new global strategy for the years 2019 to 2030 that is aimed at protecting people in all countries from influenza.

“In 2018, the world recognized the centenary of the 1918-1919 pandemic. During that time, WHO assessed the progress that has been made and the ongoing challenges in influenza, particularly those identified since the most recent 2009-2010 pandemic,” Ann Moen, WHO’s chief of Influenza Preparedness and Response, told Infectious Disease News.

“There has been incredible progress in core capacity building and technological advancements, and there are many influenza champions across the world in countries, industry, civil society, and academia that are striving to advance influenza prevention, control, and preparedness efforts. However, there was no overarching framework that could guide all of our work toward common goals. And despite all the progress, there is still much work to do to make the world prepared.”

According to WHO, there are an estimated 1 billion cases of influenza worldwide each year, resulting in between 290,000 and 650,000 respiratory deaths. The goal of the new, “holistic” strategy, as Moen described it, is to prevent seasonal influenza, control the spread of influenza from animals to humans and prepare for the next influenza pandemic by strengthening routine programs, WHO said. 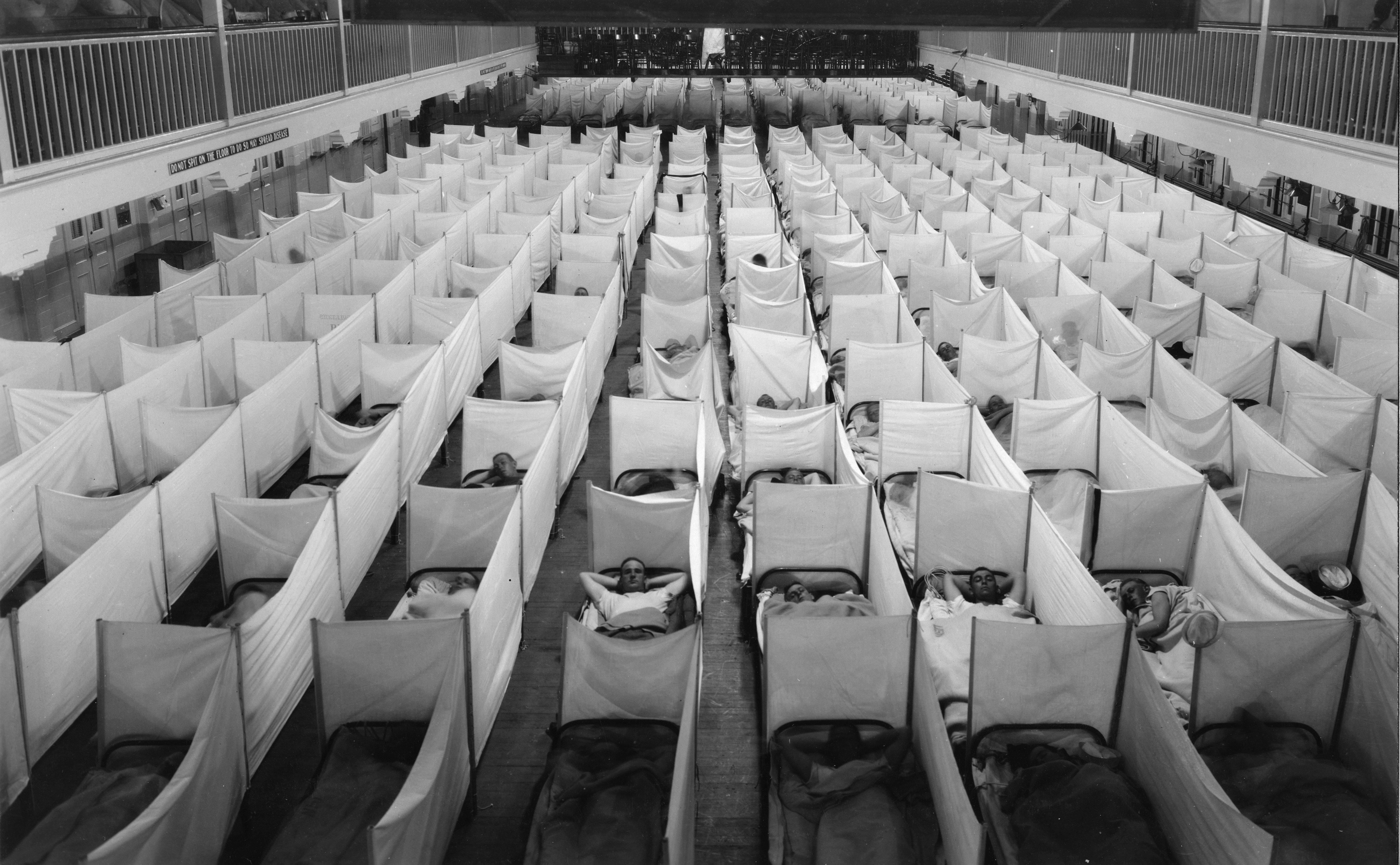 Sneeze screens protect sailors against the spread of influenza in a crowded sleeping area at the Naval Training Station in San Francisco, circa 1918.
Source: Naval History and Heritage Command (NH 41871)

The agency said in a news release that the strategy will “build stronger country capacities for disease surveillance and response, prevention and control, and preparedness” and “develop better tools to prevent, detect, control and treat influenza, such as more effective vaccines, antivirals and treatments, with the goal of making these accessible for all countries.”

According to Moen, support for the new strategy comes from WHO’s 13th General Program of Work. Donor countries will also help fund the plan under the Pandemic Influenza Preparedness Framework.

“We plan to expand our partnerships and advocate for increased attention to research and innovation for better global tools and to capacity building for all countries,” Moen said. “There is considerable political will for pandemic preparedness, and it will be up to all of us to try to harness that political will and advocate for dedicated resources for the entire influenza prevention, control, and preparedness spectrum.”– by Caitlyn Stulpin