A brief checklist detailing the signs and symptoms of anthrax illness can give medical personnel the ability to identify victims and “rapidly and accurately conduct mass triage” in the event of an anthrax attack, limiting the need for diagnostic testing and saving hospital beds, according to findings published in the Annals of Internal Medicine.

According to Hupert and colleagues, nearly half of patients with inhalation anthrax die — despite advances in modern critical care — and a large anthrax event could see fatalities exceed 100,000.

In the United States, the anthrax vaccine is recommended for groups at risk for exposure, including lab workers and the military. 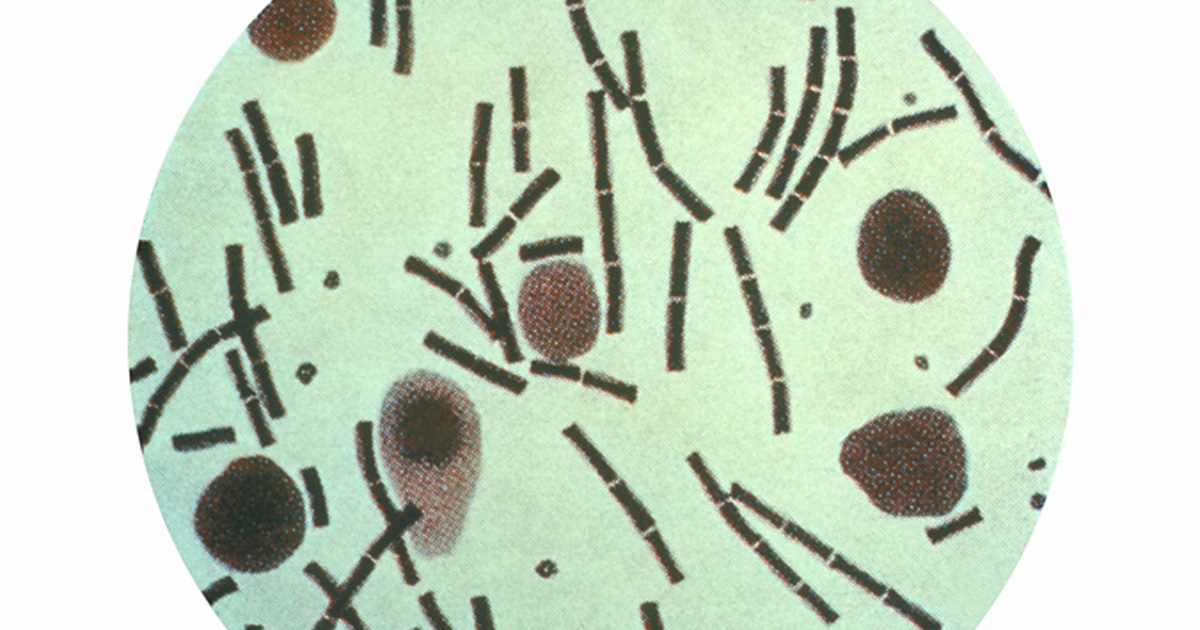 “In an anthrax mass exposure event — without needing to test a large proportion of patients — it is possible to quickly and accurately divide most patients into two groups; those who are likely to have anthrax and need to be hospitalized for treatment with intravenous antimicrobials, and those who can be sent home with oral antimicrobials for either uncomplicated cutaneous anthrax or for postexposure prophylaxis to prevent anthrax,” study co-author Katherine Hendricks, MD, MPH&TM, a medical officer in the CDC’s Bacterial Special Pathogens Branch, told Infectious Disease News. “After this initial triage, a small subset of patients would need culture or imaging to be assigned to one of these two groups.”

Hupert, Hendricks and colleagues compared published anthrax case reports from 1880 through 2013, including the patients who sought anthrax-related care during the 2001 U.S. anthrax attacks. According to the study, their objective was to develop a checklist based on the clinical presentations of anthrax poisoning to rapidly differentiate nonanthrax illnesses from most anthrax illnesses and identify patients who require diagnostic testing.

“The four-item ‘rapid screen‘— checking for one or more of rapid breathing, very rapid heart rate, confusion or other cognitive changes, or severe headache — performed so well in terms of finding roughly half of all cases,” Hupert told Infectious Disease News.

“It is useful to have such an easily remembered ‘rule of thumb‘ to aid rapid decision-making during emergencies,” Hupert added.

When only inhalation anthrax cases were investigated, the sensitivity of the checklist increased to 97% (95% CI, 94%-100%), the researchers reported. Sensitivity increased to 98% when only higher quality case reports were investigated (95% CI, 96%-100%). The researchers said the inclusion of pediatric patients minimally affected the sensitivity and specificity of the checklist, however, pediatric patients were not included in the analysis that led to the creation of the screening checklist.

“There are two principal take home messages from our research: first, that it’s possible to make informed decisions about patient care after an anthrax spore exposure, even without using standard diagnostic tests that we might have thought would be required; and second, that it’s just as important to find those without anthrax in order to give them reassurance — backed up by evidence — that they do not need the go to the hospital,” Hupert said. “Preserving hospital capacity for those who truly need it is an important goal in situations like this.” – by Marley Ghizzone