Nonhuman primates are only intermediate hosts for Ebola viruses

Ebola antibodies are not widespread among more than 30 nonhuman primate species, supporting claims that nonhuman primates are intermediate hosts for Ebola viruses, according to a recent study.

“Today, the role of reservoir and intermediate species in [Ebola virus disease (EVD)] outbreaks is still unclear, and better knowledge on circulation of Ebola viruses in different wildlife species is thus necessary,” researchers wrote in The Journal of Infectious Diseases. “Despite high mortality rates of Ebola in apes, antibodies have been observed in several wild-born but captive [nonhuman primates (NHPs)] including chimpanzees, gorillas, mandrills, drills, de Brazza monkeys or baboons. These observations suggest that Ebola could be widespread among NHP and that nonethal and asymptomatic or pauci-symptomatic infections occur in certain NHP species, as seen in humans. Moreover, a recent study showed that 10% of gorillas from an area with a high lethal EVD outbreak possess antibodies, suggesting that some infected animals can survive from the disease.”

Researchers conducted a serological survey of 4,649 blood or fecal samples from 36 species of monkeys and apes from Cameroon, the Democratic Republic of the Congo and the Ivory Coast. The samples were tested with a Luminex-based assay for IgG antibodies to four Ebola virus species.

According to the study, researchers found that specific Ebola virus antibodies are not widespread among NHPs. Of the 2,322 monkey samples tested for Ebola antibodies with the multiplex antibody assay, none of the them reacted simultaneously with GP and NP proteins from the Zaire strain of Ebola virus. According to the results, only one mustached monkey from Cameroon was positive for Sudan strain Ebola virus. Similarly, of the 2,327 apes sampled, researchers learned that none of the 2,316 fecal samples reacted with any of the recombinant proteins in the Luminex assay and all 11 blood samples were negative for antigens. 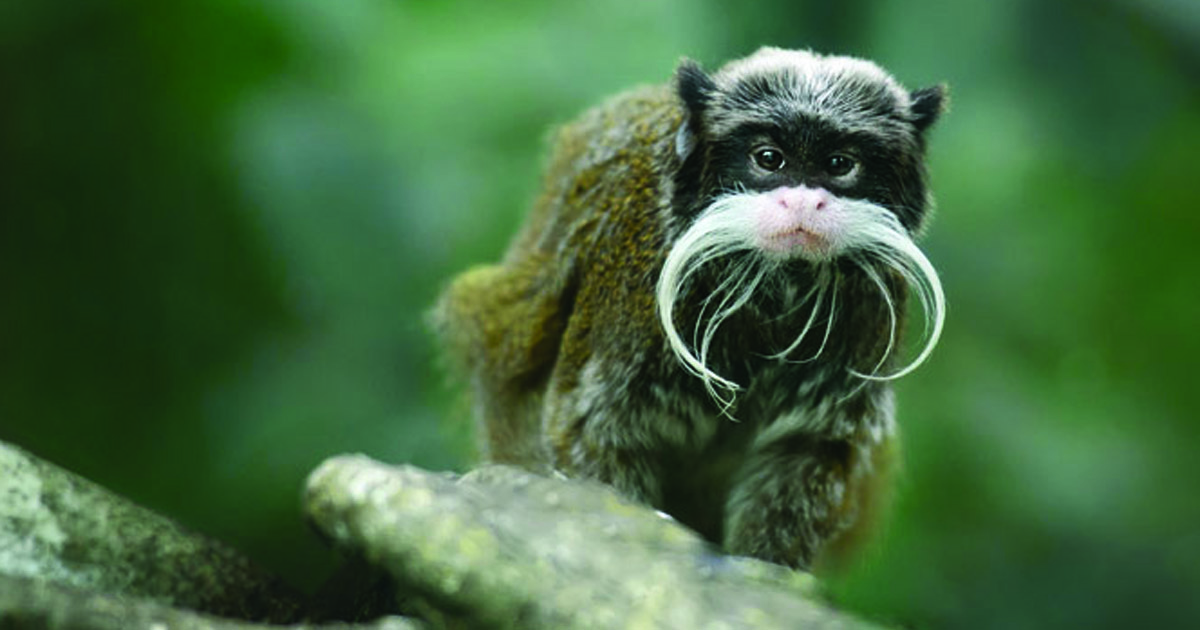 A serological survey of 36 species of nonhuman primates showed that only one mustached monkey from Cameroon tested positive for an Ebola virus — specifically, the Sudan strain.
Source: Adobe Stock

These results led researchers to conclude that NHPs are intermediate hosts for Ebola viruses.

“In conclusion, combining results on NHPs from our 4,649 samples and previous studies, it is clear that Ebola virus antibodies are not widespread among NHP which confirms that NHPs are not reservoir species and that if Ebola virus infection in NHPs occurs, few animals survive,” the authors concluded. “Nevertheless, with the increasing frequency of Ebola virus outbreaks, three outbreaks in a 1-year period in the Democratic Republic of the Congo, it becomes extremely urgent to identify the animal reservoir(s) and to understand the ecology of Ebola viruses. It is estimated that transmission from animals to humans is possible in 23 countries across Central and West Africa with a total of more than 300 million inhabitants, and that at least 22 million of these people live in high-risk areas.” – by Caitlyn Stulpin