Meningococcal B vaccine Bexsero may protect against gonorrhea

Bexsero, a meningococcal B vaccine approved in the United States since 2015, induces antibodies in humans that target Neisseria gonorrhoeae, indicating that it may offer cross-protection against gonorrhea, researchers reported in Clinical Infectious Diseases.

The finding builds on a report last year from researchers in New Zealand that a discontinued meningococcal B vaccine used to combat an epidemic of meningococcal B in that country also offered protection against gonorrhea.

Gonorrhea is a resurgent global public health issue, with an estimated 100 million new cases reported worldwide each year. There were more than 555,000 cases reported to the CDC in 2017 — a 67% increase from 2014 and part of another record-setting year for STDs in the U.S. The once easily treatable STD has become increasingly drug resistant, raising fears of untreatable infections.

The New Zealand study presented the first evidence of a vaccine being effective against gonorrhea. Researchers discovered that an outer membrane vesicle (OMV) serogroup B meningococcal vaccine, MeNZB, that was offered for free to anyone under age 20 years between 2004 and 2006 as a short-term measure to stop the epidemic, had an estimated vaccine effectiveness of 31% against N. gonorrhoeae.

In response, Kate L. Seib, PhD, associate professor and research leader in the institute for glycomics at Griffith University in Southport, Australia, and colleagues assessed the ability of Bexsero (GlaxoSmithKline) to illicit an immune response against N. gonorrhoeae and found that it may be even more protective. Bexsero, which is approved in the U.S. for individuals aged 10 to 25 years, includes the MeNZB OMV component plus three recombinant antigens, NadA, fHBP-GNA2091 and NHBA-GNA1030, Seib and colleagues explained.

For the study, the researchers immunized rabbits with the OMV component or the three recombinant antigens to assess antibody responses, and they immunized human serum with Bexsero to investigate the nature of the anti-gonococcal response.

Seib explained to Infectious Disease News that serum from humans vaccinated with Bexsero recognized gonococcal counterparts of several antigens common to both vaccines. The study showed that the antigen NHBA, which is present in Bexsero but not MeNZB, “is also conserved in gonorrhea and is strongly targeted by serum from Bexsero-vaccinated humans” — an indication that Bexsero may provide additional cross-protection against gonorrhea, above that predicted for MeNZB, Seib said.

“Vaccine development for gonorrhea has been very challenging, and our findings show that a vaccine licensed for a closely related bacteria is able to generate antibodies in humans that can target gonorrhea,” she said. “Our research provides evidence to support the finding that the meningococcal MeNZB vaccine could have generated protection against gonorrhea in New Zealand.”

Seib said the findings “pave the way for further research to develop a gonorrhea specific vaccine, and they provide evidence to justify human trials to confirm Bexsero-induced protection against gonorrhea.” – by Marley Ghizzone and Gerard Gallagher

Disclosures: Seib reports working for Novartis Vaccines on the development of Bexsero, from 2006 to 2012. Please see the study for all other authors relevant financial disclosures. 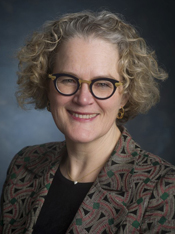 This study followed on the results from a study published last year that looked at the lifetime incidence of gonorrhea in New Zealand residents who had received a vaccine targeting the outer membrane vesicle (OMV) of meningococcal strain B in their youth. To the surprise of many, risk of gonorrhea as an adult was substantially lowered by the vaccine, raising the question of whether the vaccine actually induced protective antibodies to gonorrhea. To address this, the investigators looked at whether a currently available OMV-based meningococcal vaccine, Bexsero, or OMC itself, induced such antibodies. They also sequenced the antigens in the meningococcal vaccine and compared them to gonococcal proteins. They found that they were indeed highly similar, that one of the antigens in Bexsero is exposed and conserved in N. gonorrhoeae, and that Bexsero-induced antibodies recognized gonococcal proteins. Bottom line: the OMV proteins in Bexsero induced protective antibodies against N. gonorrhoeae, and this mechanism could explain the findings from the population-based New Zealand study.

I was not nearly as surprised with these results as that of the epidemiological study that prompted it. Many people were really surprised that vaccination with the OMV-based meningococcal vaccine actually appeared to protect against subsequent gonorrhea. This study bears out what many thought was a likely mechanism. Nonetheless, it is really exciting to see the analysis of the actual mechanism moving forward.