More than half of tested Shigella isolates obtained from men who have sex with men, or MSM, in an Australian state demonstrated resistance to azithromycin, and almost one-fifth were resistant to ciprofloxacin, according to findings published in Clinical Infectious Diseases.

Each year, shigellosis causes an estimated 190 million cases of diarrhea worldwide, according to Danielle J. Ingle, PhD, postdoctoral fellow at the Australian National University and University of Melbourne, and colleagues.

Shigella has shown increasing resistance to first- and second-line treatments, such as ciprofloxacin, azithromycin or trimethoprim-sulfamethoxazole, and antimicrobial-resistant Shigella has been declared a “major public health threat” by the CDC and WHO, the researchers noted.

Ingle and colleagues conducted a population-level study of all cultured Shigella isolates in Victoria, Australia, between Jan. 1, 2016, and March 31, 2018. The isolates were sent to the Microbiological Diagnostic Unit Public Health Laboratory for antimicrobial susceptibility testing, whole-genome sequencing (WGS) and bioinformatic analysis. The researchers used enhanced surveillance forms and interviews to collect risk factor data about travel and sexual exposure.

According to Ingle and colleagues, 50.6% of the 541 isolates that were tested for susceptibility harbored resistance to azithromycin and 17.6% were resistant to ciprofloxacin. They identified an S. sonnei lineage and S. flexneri 2a lineage associated with MSM. Findings showed that 92.4% of isolates in the MSM-associated S. sonnei lineage contained mutations associated with reduced susceptibility to azithromycin, trimethoprim-sulfamethoxazole and ciprofloxacin.

Analysis suggested that multidrug-resistant plasmids across Shigella species and lineages are spread globally but are predominantly associated with MSM, Ingle and colleagues said. They underscored that the ongoing public health threat caused by resistant Shigella affects not just Australia, but the world.

“We demonstrate that local and global dissemination of clinically significant antimicrobial-resistant Shigella spp. is driven largely by the spread of highly related, multiresistant plasmids that are not restricted by Shigella species or lineage,” Ingle and colleagues wrote. “Urgent multidisciplinary public health measures are required, including enhanced contact tracing of multiresistant cases of shigellosis (which could be informed by WGS data), improved antimicrobial stewardship, improved information on clinical outcomes of resistant shigellosis, and heightened awareness of shigellosis as an STI.” – by Marley Ghizzone 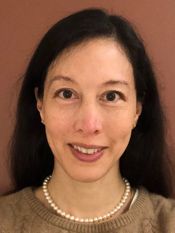 In this sobering study, half of both Shigella sonnei and S. flexneri isolates recently reported in Victoria, Australia, harbored resistance to azithromycin, and more than half of tested isolates displayed ciprofloxacin minimum inhibitory concentrations of up to 0.12 μg/mL, for which the CDC recommends avoiding treatment using fluoroquinolones. These findings corroborate others that suggest the prevalence of clinically relevant antimicrobial resistance among shigellae is increasing and that, presently, azithromycin-resistant isolates are most commonly associated with MSM and ciprofloxacin-resistant isolates with international travelers. This study also adds to evidence suggesting that horizontal gene transfer, low infectious dose and high global connectivity could lead to widespread dissemination of multidrug-resistant shigellosis and poorer outcomes for patients.

In the United States, shigellosis transmission is commonly amplified in childcare settings and schools, contributing to large, protracted, community-wide shigellosis outbreaks. This makes early detection and prevention of antimicrobial-resistant shigellosis particularly important. The CDC recommends using culture-based diagnostics when shigellosis is suspected, assessing antimicrobial susceptibility of Shigella isolates, and reserving antimicrobial therapy for high-risk or severely ill patients. Furthermore, the CDC endorses counseling patients with shigellosis about how to minimize onward transmission, including during sex, and advising people at increased risk of infection, including prospective travelers and MSM, about shigellosis prevention.

Medical epidemiologist, CDC
References:
CDC. CDC Recommendations for diagnosing and managing Shigella strains with possible reduced susceptibility to ciprofloxacin. 2018; https://emergency.cdc.gov/han/han00401.asp. Accessed January 11, 2019.
CDC. Shigella-- Shigellosis: Prevention and control.  http://www.cdc.gov/shigella/prevention-control.html. Accessed February 29, 2016.
Disclaimer: These conclusions are those of the author and do not necessarily represent those of the CDC.

Disclosure: Bowen reports receiving past research support through a cooperative research and development agreement between CDC and P&G.