Based on a systematic review and meta-analysis of available data, researchers calculated that around 14% of transgender women and 3% of transgender men in the United States have HIV.

The HIV prevalence estimate for transwomen was lower than previous estimates, but Jeffrey S. Becasen, MPH, of the CDC’s Division of HIV/AIDS Prevention at the CDC, and colleagues noted that it was “still substantial in comparison with other vulnerable populations.”

Estimates for HIV prevalence and participation in sex work were higher for transwomen compared with transmen, Becasen and colleagues noted, but said evidence gaps remain concerning transmen and their relationship with HIV and risky behaviors.

“Transgender women in the United States have been shown to have high HIV risk with black and Hispanic transwomen being particularly vulnerable,” they wrote. “Growing research on transgender men also shows increased HIV risk and burden, although not as much is known for this transgender population.”

The researchers reviewed literature published between January 2006 and May 2017 regarding the transgender population in the U.S. to update estimates of HIV infection, reported risky sexual and drug use behaviors and other related factors that could increase HIV risk, they wrote. Overall, 88 studies were used in the analysis.

Based on the findings, laboratory-confirmed prevalence of HIV infection among the transgender population was 9.2% overall. Among transwomen and transmen, HIV infection prevalence was estimated to be 14.1% and 3.2%, respectively, including 44.2% among black transwomen. Overall participation in sex work was 31%, with transwomen reporting higher participation compared with transmen, 37.9% versus 13.1%, according to Becasen and colleagues.

“This review was the rst to our knowledge to estimate prevalence of HIV, selected risk behaviors and contextual factors associated with HIV acquisition for transmen, but estimates for other outcomes remain an evidence gap because too few studies reported outcomes specic to transmen,” the authors concluded. “This review contributes evidence that reects recent research regarding the transgender population, but also highlights evidence gaps for transmen and the syndemic associations of HIV, risky behaviors and contextual factors specic to the transgender experience.” – by Caitlyn Stulpin 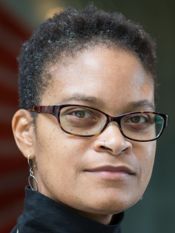