The FDA has given clearance for the first clinical trial in the United States to test an IV-administered bacteriophage-based therapy to kill drug-resistant bacteria.

The agency accepted an investigational new drug application for the planned trial from researchers at the University of California, San Diego, according to a news release.

“Bacteriophages — phages — are nature’s own weapon against bacteria. Harnessing the potential of phages to treat multidrug-resistant bacterial infections is one of the most important potential alternatives to antibiotics we have on the horizon,” Steffanie Strathdee, PhD, associate dean of global health sciences and Harold Simon Professor in the department of medicine at UC San Diego and codirector of Center for Innovative Phage Applications and Therapeutics (IPATH), told Infectious Disease News. “Unlike antibiotics that kill ‘friendly’ bacteria in the microbiome and can damage human tissue, phages specifically attack bacteria that they match to.”

Strathdee’s husband, Thomas Patterson, PhD, a professor in the department of psychiatry at UC San Diego, was the first person in the U.S. to be successfully treated with IV phage therapy, which cured him of a seemingly untreatable infection with multidrug-resistant Acinetobacter baumannii that he contracted while in Egypt. 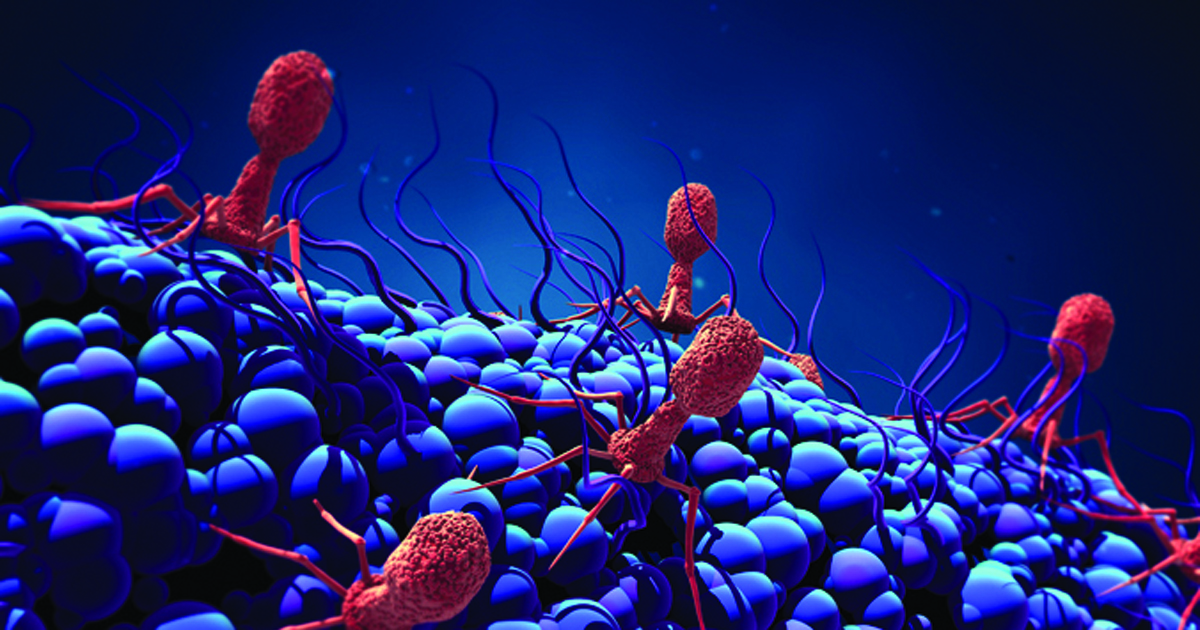 Bacteriophages can target and kill a range of bacteria.
Source: Adobe Stock

Since then, a handful of singular cases have been treated with the therapy, and UC San Diego awarded a 3-year, $1.2 million grant to launch IPATH, the first center of its kind in North America, according to the new release.

The planned phase 1/2 clinical trial, which will be IPATH’s first, will evaluate the safety, tolerability and efficacy AB-SA01 — an experimental bacteriophage combination — in the treatment of around 10 participants with ventricular assist devices (VADs) infected by resistant Staphylococcus aureus, the news release explained.

VADs and other implanted hardware tend to become reservoirs for bacteria that create biofilms, which are very hard for antibiotics to penetrate, Strathdee said. This makes VAD patients vulnerable to superbug infections and can lead to ineligibility for heart transplants.

“Through IPATH and its collaboration with Ampliphi BioSciences, my colleague, Dr. Saima Aslam, has had promising results using phage to treat VAD-associated superbug infections and this trial is the logical next step before moving on to larger efficacy trials,” Strathdee said. “It will have important implications for other types of patients too, such as those receiving hip or knee replacements that are prone to bacterial infections.” – by Caitlyn Stulpin

Disclosure: Strathdee reports being a stockholder in Adaptive Phage Therapeutics and AmpliPhi Biosciences.