Partner-delivered HIV self-testing kits and a fixed financial incentive substantially increased the odds of linkage to care or prevention services among men in Malawi, according to study findings.

Between Aug. 8, 2016, and June 30, 2017, Choko and colleagues conducted an adaptive, multiarm, two-stage cluster randomized trial, enrolling women aged 18 years or older who were attending an antenatal care clinic (ANC) for the first time for their current pregnancy — regardless of trimester — with a primary male partner who was not on ART. According to the study, the primary outcome was the proportion of male partners tested for HIV and linked to care, such as a referral for ART, or prevention services, such as voluntary circumcision, within 28 days.

According to the study, 2,349 women participated in the study. Of the male partners, 43.7% had never been tested for HIV before. In the standard-of-care arm, 17.4% of male partners went on to be tested for HIV — a much lower proportion than the intervention arms, in which HIV testing rates were between 87% and 95.4%.

Among those receiving fixed financial incentives or a phone call plus HIV self-testing kits, more partners met the primary endpoint compared with those receiving the standard of care. Among participants in the standard-of-care arm or fourth intervention arm, Choko and colleagues observed no significant increase in meeting the primary endpoint. Therefore, at the interim analysis, the lottery intervention arm was dropped.

According to the study, 46 male partners tested positive for HIV and 91.3% of them initiated ART within 28 days. Of the 222 who were not already circumcised and tested negative for HIV, 60.8% were circumcised as part of the trial. The researchers reported no serious adverse events.

Choko and colleagues said the study was limited by the small clusters, proxy reporting of the outcome of the male partner testing and not having the ability to evaluate retention in care. However, among those receiving testing kits and the $3 or $10 incentive, costs per male partner with a positive HIV test result were $23.73 and $28.08, respectively. The researchers suggest that these combinations were “potentially affordable.”

“Combining the offer of a self-test kit with a financial incentive conditional on clinic attendance significantly improved HIV treatment and circumcision rates among the men,” Choko said. “Further research must look at what other additional interventions than monetary incentives would be acceptable to improve clinic attendance following HIV self-testing in the community.” – by Marley Ghizzone 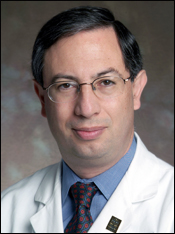 From a global perspective, the biggest challenge we have is not enough HIV testing, especially among men. Therefore, finding new ways to get men tested is really important. The fact that Choko and colleagues were able to get more men tested and into care in Malawi using an intervention that incorporated fixed financial incentives to partner-delivered HIV self-testing shows that innovative strategies can get more people tested.

HIV testing and linkage to care are not the biggest problems in the HIV care continuum in the United States. The problem is in retention in care, as close to 50% of people who initially enter care fall out of care. I do think, however, that we need more testing, especially among young people and young men in particular and we need to be sure that those who test positive are linked to care. This intervention could be effective in the U.S. In a study conducted by the HIV Prevention Trials Network in Washington, D.C., and the Bronx (HPTN 065), financial incentives significantly increased viral suppression and clinic attendance, so financial incentives can also help with retention in care. The study by Choko and colleagues was a really well-designed study, and it highlights how innovative ideas are being used to come up with interventions that make a difference. This study tells us how we can do this.