Data from seven recent influenza seasons in Canada showed the influenza vaccine may be more effective in females than males, according to study findings published in Open Forum Infectious Diseases.

Between 2010-2011 and 2016-2017, overall vaccine effectiveness was 49% for females and 38% for males, according to Danuta Skowronski, MD, MHSc, FRCPC, physician epidemiologist at the BC Centre for Disease Control and clinical professor in the school of population and public health at the University of British Columbia, and colleagues.

According to the researchers, influenza vaccination coverage rates are higher among young adult women than young men in the United States and Canada. Additionally, they noted that many women work in health care and tend to be the primary caregiver for children and the elderly, increasing their likelihood of influenza exposure. Skowronski and colleagues investigated sex as a potential variable for the effectiveness of the influenza vaccine. 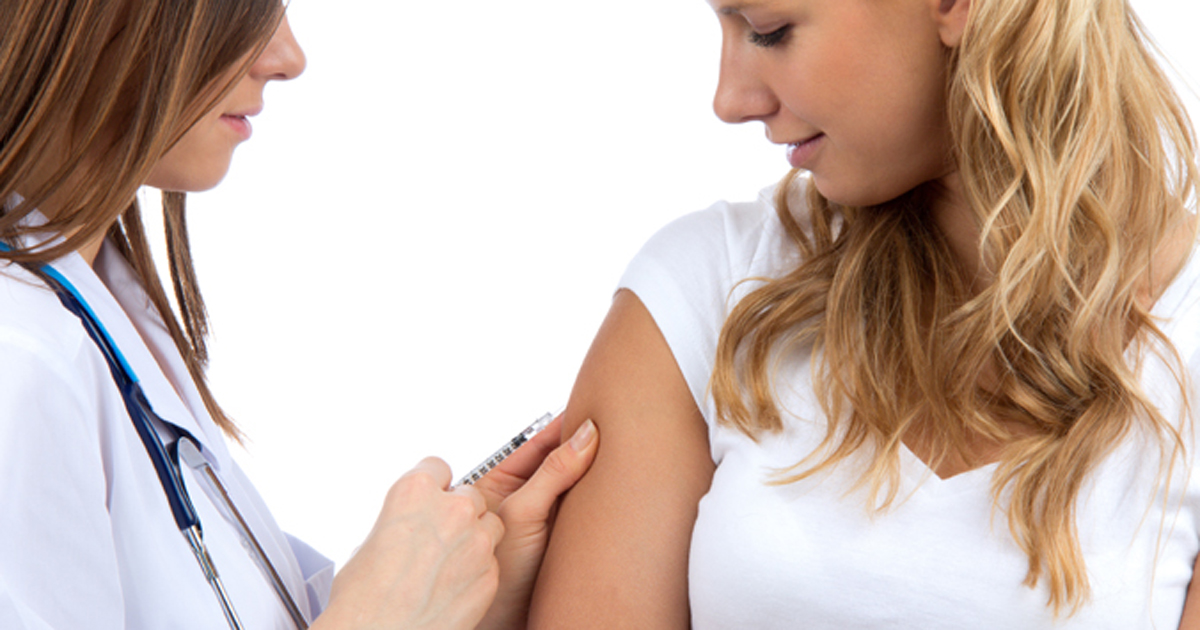 Influenza vaccination may be more effective in women than men, according to data from seven recent influenza seasons in Canada.
Source: Adobe Stock

They analyzed influenza vaccine effectiveness data from 2010-2011 to 2016-2017 from Canadian Sentinel Practitioner Surveillance Network (SPSN) databases. Sentinel practitioners collected respiratory samples from patients aged 1 year or older who presented within 7 days of influenza-like illness onset. Patients who tested positive for influenza by RT-PCR were included in the study, and patients who tested negative were added to the control group. Vaccination status, which was largely self-reported, was dependent upon patients receiving the seasonal influenza vaccine at least 2 weeks before symptom onset.

According to the study, 60% of the SPSN participants were female and 40% were male. This trend was observed among influenza cases and test-negative controls, Skowronski and colleagues said. However, 40% of females tested positive for influenza compared with 43% of males (P <.01). The higher vaccination coverage among females may account for why females were slightly less likely to test positive for influenza. Overall, 29% of females and 23% of males were vaccinated (P <.01). Similarly, 34% of female and 27% of male controls were vaccinated (P <.01). 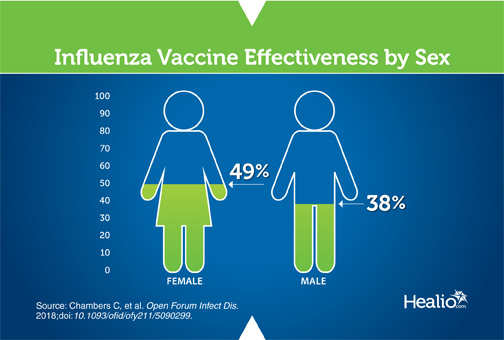 Skowronski called the clinical implications of the findings “uncertain.” The researchers emphasized that more definitive research into the association between sex, age and vaccination effectiveness is needed.

“Ideally, sex differences would be explored through gold standard randomized controlled trial (RCT) design,” Skowronski said. “To begin, pre-existing RCT datasets could also be retrospectively explored for sex differences in influenza vaccine efficacy and if the signal we report is confirmed, future studies might include the collection of biological specimens to investigate potential underlying mechanisms (hormonal, immunological, genetic).” – by Marley Ghizzone

Disclosures: Skowronski is principal investigator on grants received from the Canadian Institutes of Health Research and the Public Health Agency of Canada in support of this work. Please see the study for all other authors’ relevant financial disclosures.