Hotel pools are a frequent source of recreational waterborne disease, causing 32% of all swimming-related disease outbreaks in the United States, according to new research published today by the CDC.

In 46 states and Puerto Rico, there were 493 outbreaks between 2000 and 2014, causing at least 27,219 cases of disease and eight deaths. More than half of the outbreaks occurred from June through August. Most cases — 89% — were caused by Cryptosporidium, but at least six of the eight deaths were a result of infection with Legionella.

According to the researchers, the findings “indicate mixed progress in preventing transmission” in the U.S. They said recreational waterborne illnesses can be prevented by adopting the CDC’s Model Aquatic Health Code, although the agency’s minimum recommendation for chlorine may not be sufficient kill chlorine-tolerant Cryptosporidium, which, in extreme cases, can survive for more than 7 days in treated water. 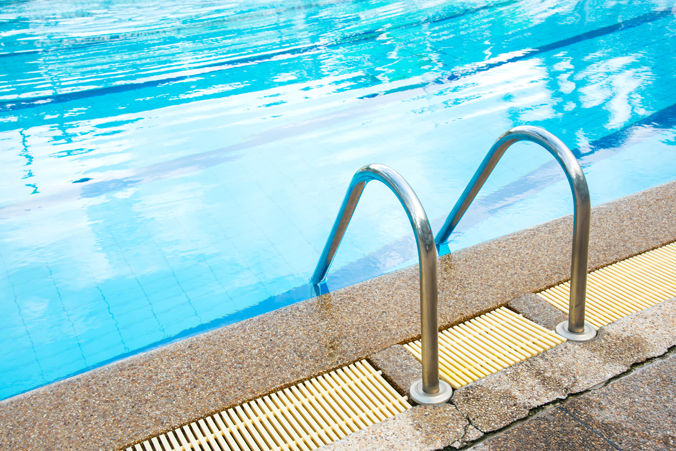 Recreational water-based outbreaks of Cryptosporidium — or “Crypto,” as it is commonly called — have been on the rise, according to researchers. The parasite is widespread, found in every region of the country and throughout the world. Swimmers are infected when they ingest water contaminated with fecal matter, leading to outbreaks of watery diarrhea that sometimes number in the thousands and often occur in multiple venues simultaneously.

An outbreak in the early 1990s was estimated to have infected nearly a half-million people in Milwaukee through the city’s contaminated public water supply.

In the case of a “diarrheal incident” in a pool, or if an outbreak of Crypto is suspected, the CDC recommends hyperchlorination to inactivate the pathogen. The researchers said preventing outbreaks of Crypto also means preventing transmission. “Thus, the key message to the public, particularly parents of young bathers, is ‘Don’t swim or let your kids swim in sick with diarrhea,’” they wrote.

“Swallowing just a mouthful of water with Crypto in it can make otherwise healthy kids and adults sick for weeks with watery diarrhea, stomach cramps, nausea and vomiting,” study author Michele Hlavsa, RN, MPH, chief of the CDC’s Healthy Swimming Program, said in a press release. “Chlorine cannot kill Crypto quickly. We need to keep it out of the water in the first place. Don’t go into the water, and don’t let your kids go into the water, if sick with diarrhea.”

Legionella and Pseudomonas are easier to kill with chemicals like chlorine or bromine, but Legionella can infect people through aerosolized water, such as that produced by a hot tub jet, and Pseudomonas can infect those whose skin comes in contact with contaminated water.

Hlavsa and colleagues said multiple factors, including inadequate use of disinfectant and warm water, contribute to Legionella and Pseudomonas growing in hot tubs and spas. They recommended that successful campaigns to prevent Crypto outbreaks, including the federal Healthy and Safe Swimming Week held before Memorial Day, be expanded to include other pathogens. – by Gerard Gallagher